I've been missing some little folks... 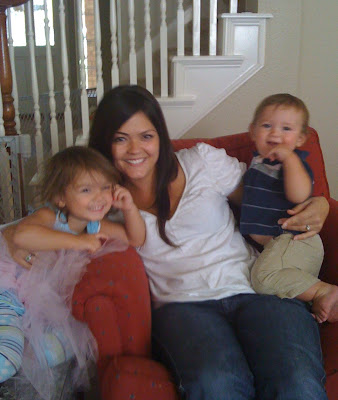 (Maybe making Monday night supper just once a month is not such a good idea.)

Different thought:
I think we should make peace with weeds. Why not? They're there. They're not maliciously taking over our lives, I don't think.
I read somewhere that it was the grooming of golf courses that got America to have this obsession with immaculate lawns. Well, I want to rebel. (Or at least live in a different, not-so-perfect neighborhood.)

Different thought:
I am pro-life.
I've known women who've had abortions and are guilt-ridden. I've also known women who think they definitely made the right choice and don't want a bunch of Christian fanatics shaming them.
Hmm.
I have thoughts on that and I could go on and on about what I think. Instead I'll direct you - if you're interested - to an article that I agree with COMPLETELY. Click HERE to go there.
I read that article a few weeks ago and have had it bookmarked so as to refer to it - and keep it 'on file'. It says just what I think.

Last thought:
I think my son did a wowy job Sunday (week ago) singing at Bear Valley... 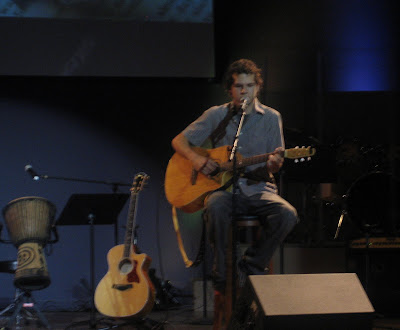 I think that article was really well written. Especially the part about the politicians who are so compassionate when it comes to human trafficking and Darfur and such, but are the forerunners in Pro-Life movements. Because in social justice aspects I am more liberal and so it always baffles me how they can be so into human rights and yet still be OK with killing babies...

But anyway...
I say let those weeds grow! Have you seen my flower bed lately?! The weeds are as high as the flowers, and I personally think it looks nice! haha
They will all be dead soon enough anyway, knowing TX...
and I think it's OK to be proud ALL the time when it comes to your kids! :)

1. You don't have to FEED the whole famdamily every week in order to have a visit with the wee ones. Invite them over or volunteer to babysit for an hour while Elizabeth takes a long soak in the tub.

2. I prefer a lawn that has a lot of "variety" in it. My yard is 99% native grasses (aka weeds) and 1% cultivated grass. All through the spring, summer, and autumn nature provides me with miniscule wildflowers that bloom despite being mowed.

3. I'm pro-choice too, though I don't know what I would have done had I found myself pregnant outside of marriage. Much as I hate to admit this, I very likely would have had an abortion, even though doing so would have gone against everything I believed. The reason? I'd seen the condemnation heaped upon pregnant girls by the church. Unplanned pregnancy was such a huge scandal, and honestly, those poor girls never recovered from the shame. If I had to weigh the possibility of public shame and humiliation, and forever a reputation of being a harlot against suffering in private the agony of having an abortion, I think I would have chosen the less public route. Either way, I would have had to suffer for my whole lifetime.

I'm not saying this would have been the right decision, it's just what I probably would have done. I don't agree with abortion, but it has been around throughout the history of mankind (in one form or another). Illegal abortion done in dirty hotel rooms, backs of cars, etc., is the alternative. Abortions are still going to be done.

While I agree with the article, I felt it stopped WAY short of providing an alternative. I agree we are thinking about and addressing the wrong issue, the author gave absolutely no alternative other than going back to the drawing board.

IN my opinion, the way to slow the rate of abortion is to stop labeling girls/women who get pregnant as losers and start providing them with assistance, support, and alternatives beyond abortion that include dignity, value, respect, and privacy for both mother and baby.

I don't know if this should come from the church or through the government. What I do know is that the church could make a big dent in the abortion rate if it were more willing to accept a persons humanity and mistakes and provide REAL support for the person trying to deal with the consequences of a bad decision.


Okay, I've now stepped down off my soapbox. thanks for the thought provoking post.

4. Heck, Nancy, I'm proud of Will, and I brag on him all the time -- he's not even my kid! And I shamelessly brag on my own kids even more. They areworth the indulgence, don't ya think?

Boy, did I make a HUGE mistake -- hopefully it's evident in my comment -- I am PRO-LIFE. I think in terms of choosing life, and just wrote it wrong.

Yes, Beth, I figured it out! You just 'miswrote'.

Thanks for your comments! Very good.

And thanks, too, Caroline! Very good.

I made molho for dinner tonight!
It was delicious!!
Thanks so much for the recipe :)