Anyway, it was exciting watching Baylor play Tech. We had thought we might be leaving early because of the slaughter Tech was going to perform. ... ah, but the Bears were giving the Raiders a run for their money. Sic em!

Here are some pics... (For once I will put the captions UNDER the pictures.) 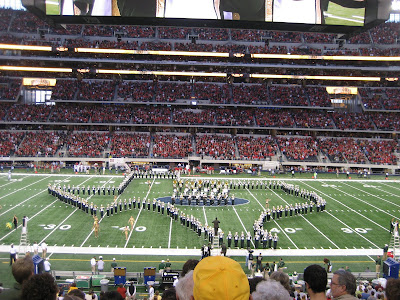 The pregame Baylor Golden Wave Band performing. Wave! Josh is down there playing his trombone! 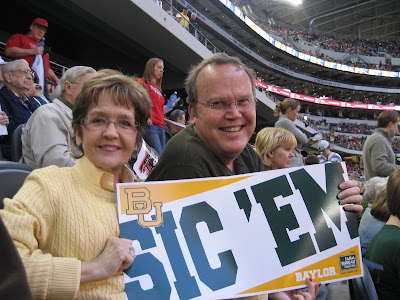 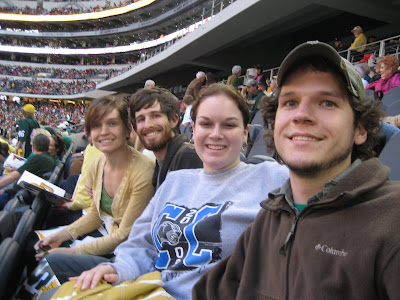 From left, Laura, Ryan, Bailey, Will 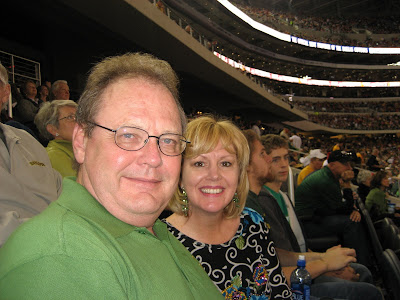 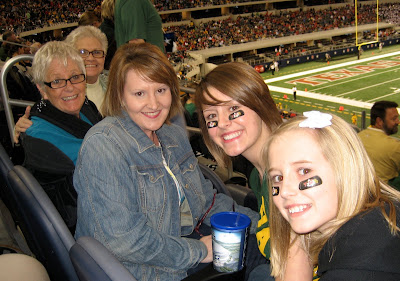 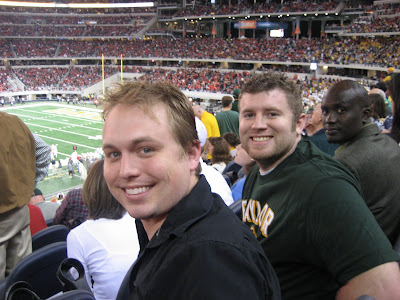 Rob and his brother-in-law, Chason. 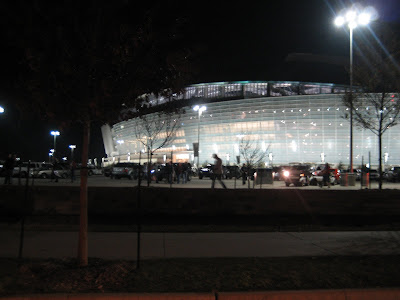 From the car, leaving the stadium.


Oops. I forgot to take a picture of the game.

Oh, and I missed the Rosses. Ah, but click HERE to see some great new pictures of them on Marian's blog.
- November 30, 2009

How fun! I've heard its a beautiful stadium! Ryan & Laura and Will & Bailey are such good looking couples!!! I love seeing them so happy.

Looks like a good time! Glad you enjoyed it - sorry Baylor couldn't pull it out in the last couple seconds to tie the game!

Baylor played a good game. We watched it on TV. I looked for you in the crowd, but las, they didn't take your photo. Thankfully though, YOU took some great shots!!! Thanks for sharing.

I just love your photos -- everything looks bigger than life!!