... we had our last Bible study group meeting. It was a ten week study, and it was VERY interesting.
We read THE SHACK by William P. Young and discussed it each week - with an intense look at a passage of Scripture that related to that week's reading.

Here are some pictures from last night... 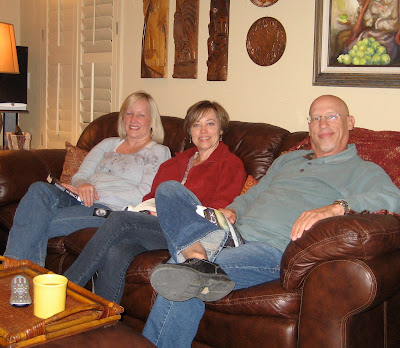 Above, from left, Karin, Kay, Charlie. 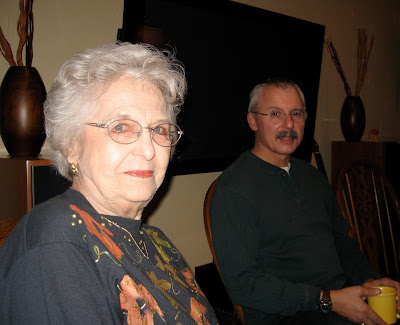 Mother-Margaret and Andy
(Whoa. That's weird. My dad's name was Andy.... (Mm. That's still hard to say in the past tense). 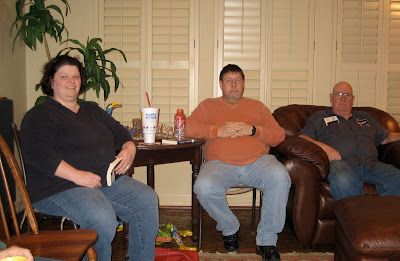 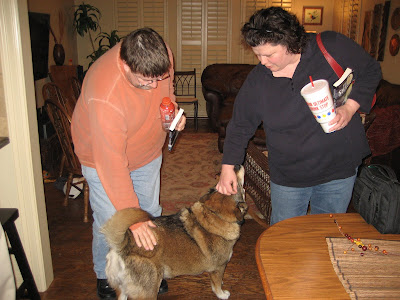 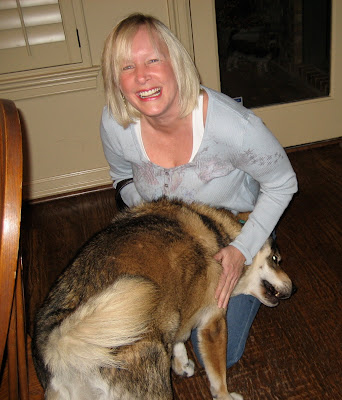 Don't ask me why I don't have a picture of Sam, the leader.

Lots were absent. Amanda was at a Stars game (she got free Platinum tickets!), Mrs. Graves was in Frisco visiting a very sick granddaughter (pray for Kristen); Traci and Erich were out of town, I think; Mark (Kay's husband) had to work late, I think. Let's see, if you're in the group and I totally didn't mention your name, well, chalk it up to ... forgetfulness.

In closing, here's a picture of our kitchen... just because it's like that one in the previous post (below)... on HGTV Rate My Space... 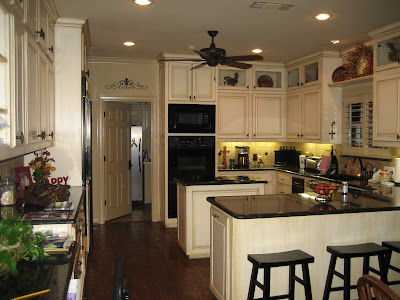 I think they look alike, don't you?
(Oh, I didn't get a picture of our kitchen table and chairs... that are almost exactly like those in that below picture.)
- November 20, 2009