On Saturday my mom and I went to the annual Decoration Day at the Colfax cemetery in east Texas. That's the cemetery where my dad and my sister, and all of my dad's folks are buried. 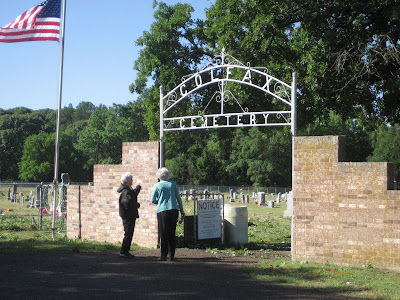 The Colfax Methodist church always has a pancake breakfast the morning of. The pancakes and homemade syrup are out-of-this-world delicious. I even took a picture of my mostly-eaten ones last year.... 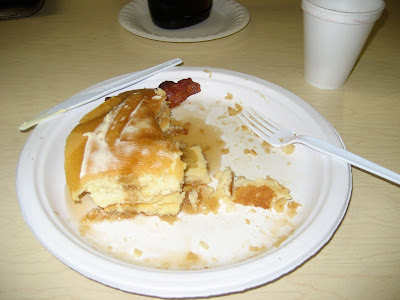 I can tell I shouldn't have put that picture up.... it makes my mouth water too much.

Mother and I stayed the Friday night before at a hotel in Canton. We got up, eager to overeat some pancakes. On the way to the breakfast we noticed lots of limbs down. Neither one of us had heard the storm during the night, but sure saw the tell-tale signs.

When we drove up to the church we noticed there weren't very many cars. And one of the main cooks (Mr. Getty) was outside talking on his cell phone. He should be in there cooking, I thought.

Then we learned the truth: No electricity... which meant NO PANCAKES.

It took me a few minutes to get over the grief.

Fortunately there was a bake sale (with goodies brought the night before), so Mother and I bought two apricot bars and ate those with some coffee someone had brought from their home. The few of us in the fellowship hall comforted each other saying that surely next year we'll have electricity.
-----
After that we put the flowers on the grave sites... and saw some kinfolk and visited with them for a bit.
-----
On the way home we stopped at some antique shops in Forney. 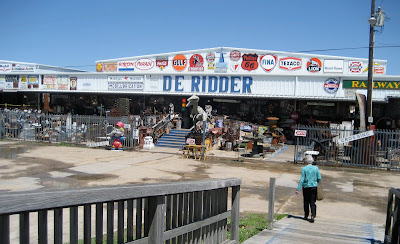 I'm thinking that one named De Ridder shouldn't be called an antique shop... but a WEIRD shop.... 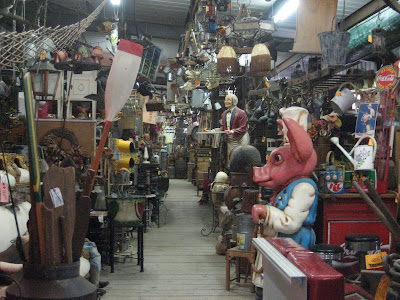 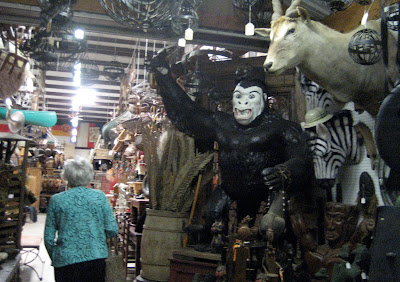 Ooo, it looks as if Mother barely escaped disaster!

Oh, and the Blues Brothers were there... 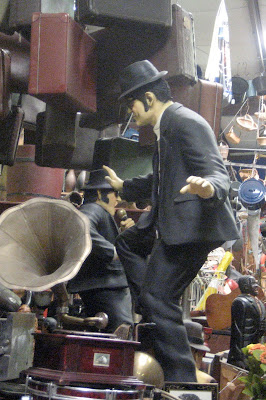 That was a suspenseful post! I read the title and immediately thought, "What happened to the pancakes!?"