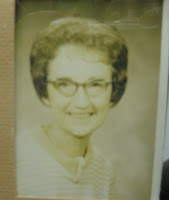 I want to honor Aunt Martha... but I'm overwhelmed as to where to start.

I get teary just thinking about writing about her.

She was Sam's father's little (and only) sister.

She lived a long life, dying this week at the age of 94.

She was married and had two sons.

That sounds good... but there's this:
Her husband was tragically disabled in a car accident which left him bedridden for about 20 years until he died in 1974.
Aunt Martha took care of him .... while raising their two sons - and keeping their business going (a big department store in Frederick, OK).
Sam only remembers Uncle Guy as being in the bedroom - in the bed.

When her youngest son was in his late twenties he was murdered by some guys who thought he had a bag of money on him (it was trash he was going to throw away.) (He left a wife and young son.)
Aunt Martha had to go through the loss of Sammy, plus the trial of those men.

Her oldest son, Guy F., was diagnosed with juvenile diabetes when he was about 1 1/2 years old, which was back in the 1940's. He was not expected to live a long life. Fortunately he lived till about 60 I think, dying about 5 years ago. After his funeral Aunt Martha declared that she wanted her own funeral to be just like his - with Sam officiating and preaching - and me doing the same music.

Yesterday we did that.

Sam, who is not the crying type - had a hard time delivering the message. But he did, and it was wonderful. He honored her well.

Me, I sang and played "In the Garden" and "When We See Christ". That second song is not well known, but awesome. It has been one of my Mother's favorite songs through the years.
I'll put the words to that song at the end of this post.

Here are some photos: 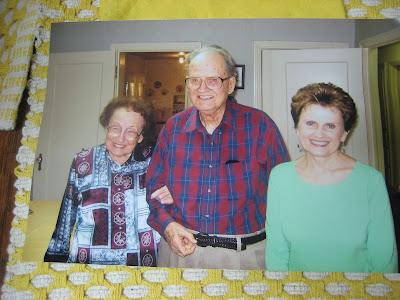 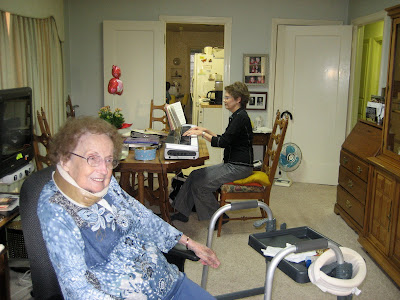 That's Aunt Martha, listening to her niece (Sam's sister) Pat play the keyboard. Pat has been like a daughter to Aunt Martha through the years. Oh my. Pat took her shopping, and eating out (when Martha thought those days for her were over), and Pat has overseen all the care of Aunt Martha the last several years. Aunt Martha could never speak highly enough of Pat (or 'Patsy' as Martha called her.)

Did you notice the expression on Aunt Martha's face? That was always her expression. 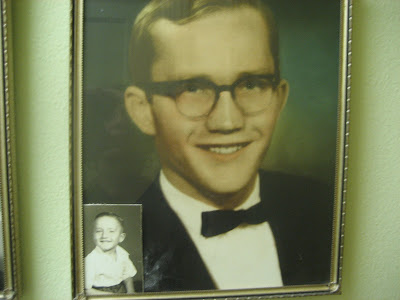 And here's Sammy with his son, Jonathan.... 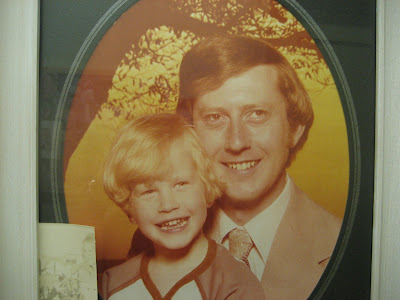 I'm guessing Sammy must have been murdered soon after that picture.

Here's Jonathan and his family in a picture taken maybe three or four years ago... 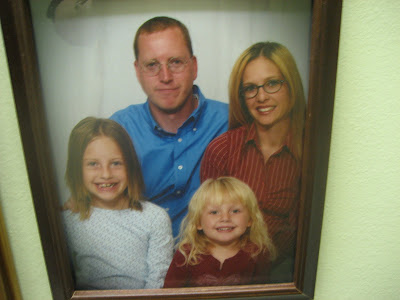 His wife is Becky and his precious daughters are Kayleigh and Abby (Abigail).

Here's a picture of Pat and Sam in front of Aunt Martha's house yesterday.... 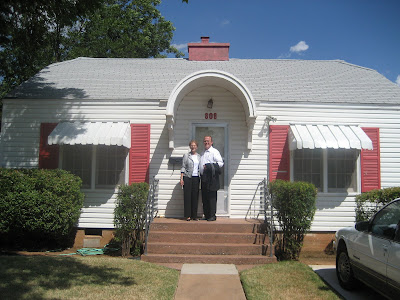 ... Aunt Martha lived in that house for, I think, six decades.

Here's Pat with her daughter (our niece), Jennifer... 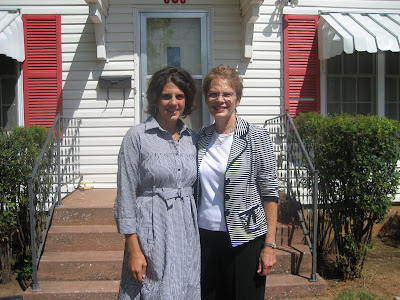 Here's Uncle Dub yesterday, checking out the 'machine' with which Aunt Martha could read letters and look at photographs, etc... 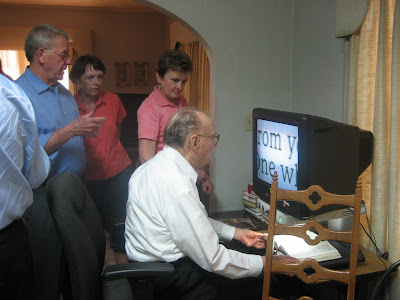 Ken and Pat got that for her a few years ago... and it made all the difference in her life, as you can imagine. Uncle Dub now has it, as his own machine-thing wasn't working well.

Here's a sketch of Skippy, the family dog they had for years... 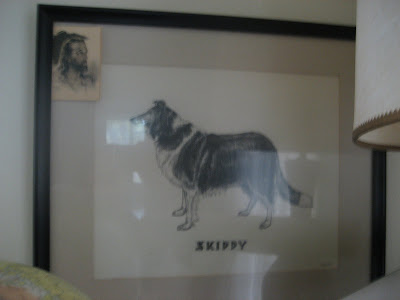 (Pardon the reflections. I took this (and the other photos from pictures on the wall) in Aunt Martha's house.)

And here is a little Skippy figurine... 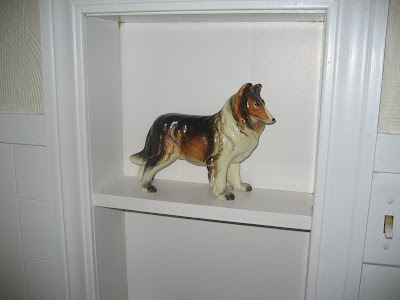 Finally there's this (fuzzy) photo of the 'bulletin board' that was in Aunt Martha's dining room... 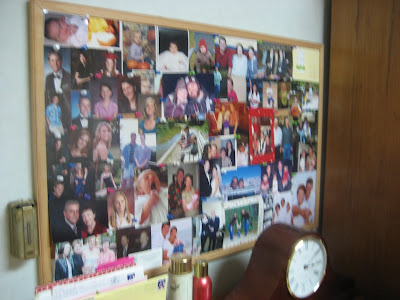 I think this reflects Aunt Martha's interests.... all of her loved ones.

What a dear lady she was. Always thinking of others. Always trusting God. Always being wonderful.

In closing here are the lyrics to that song "When We See Christ":

Oft times the day seems long, our trials hard to bear,
We're tempted to complain, to murmur and despair;
But Christ will soon appear to catch His Bride away,
All tears forever over in God's eternal day.

Sometimes the sky looks dark with not a ray of light,
We're tossed and driven on , no human help in sight;
But there is one in heav'n who knows our deepest care,
Let Jesus solve your problem - just go to Him in pray'r.


Life's day will soon be o'er, all storms forever past,
We'll cross the great divide, to glory, safe at last;
We'll share the joys of heav'n - a harp, a home, a crown,
The tempter will be banished, we'll lay our burden down.

So sorry for your loss. What a beautiful Christian lady she must have been.

Nancy,
Thank you so much for writing this post. I have been thinking about Aunt Martha all day today--her life & her death. A true faith in Christ led her to be content in the worst of circumstances. I am challenged by her life.
Jennifer

Nancy,
Thank you so much for writing this and honoring Aunt Martha. Thank you for you kind words about my mom, she is a wonderful role model.
I loved the words to the song you sang and how they represent the trials Aunt Martha went through and how she was able to remain positive in spite of life's circumstances.
Justin

Thanks for sharing Nancy. She was a sweet lady. I'm glad you knew her.

Nancy, that was beautiful and I am crying reading it! I so wanted to be there and am so glad that you were able to capture some of what I missed. She was loved and will truly be missed!