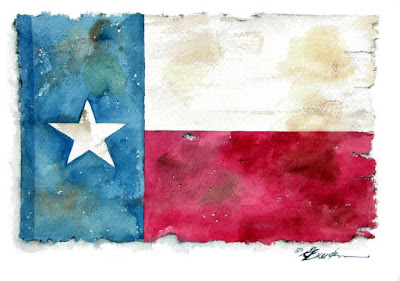 Some of you know this trivia. But some of you live in Wisconsin, or Tennessee, and might not know all of it.
We must educate you!


Texas is as large as all of New England, New York, Pennsylvania, Ohio and Illinois combined.

El Paso is closer to Needles, California than it is to Dallas.

The official dish of Texas is chili.

The official dance of Texas is the square dance.

The Amarillo airport has the 3rd largest runway in the world and is designated as an alternate landing site for the space shuttle.

The Dallas/Fort Worth airport is larger than New York City’s Manhattan Island.

The King Ranch in Texas is bigger than the state of Rhode Island.

Austin is considered the live music capital of the world. 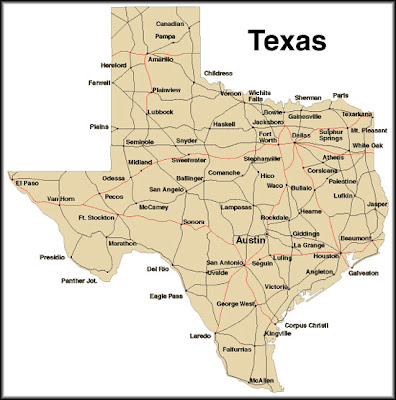 ----
Speaking of Austin, did you know it won on my poll that just closed - on in which town would you rather live? Houston did not get one single vote. You didn't know that Houston and Mabank had anything in common, did you? (Well, Mabank also got zero votes.)
San Antonio came in second, and Dallas a distant third.
Me, I voted for AUSTIN!!!


I'll put other polls like that up in the future.

Even though I knew most of the Texas info, I still thought your post was really interesting. Your new poll is hard. I keep thinking I should change my vote. Different days require different kinds of relief. Actually, I think I would like to read a book while sitting in a bubble bath, sipping a rootbeer float. I'd have to nix the hanging out with friends though (more for their sake than mine, LOL).

Only true extroverts would vote for 'hanging our with friends' when they're tired.
It's interesting. (Well, to me.)