I was going to write some fluff today ... or tell jokes for Friday Fun... but then I saw the news: an 8.9 earthquake hit Japan, causing a tsunami there and that threatens Pacific nations and Hawaii, and even California.

There's been so much awfulness in the world ... and then this.

What with evil abounding ... and then natural disasters happening it's not surprising that folks get angry at God. Or question or deny His existence. Certainly it does seem strange that there are those of us who believe in a loving God.

And I know he didn't just promise us a rose garden.

Life is fragile, so fragile.

So now we need to do what we can to help the victims of the world.

And do as dear April Alvarado just posted on Facebook, 'Praying for Japan'.

April, by the way, is on a mission, in the true sense of the word. She's doing a World Race - 11 countries in 11 months. Well, to find out more about it click HERE 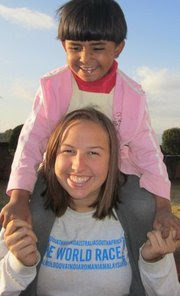 Port Isabel won in my last poll....for 'what name of these Texas towns do you like the most'?  It beat out Alice, Melissa, and Donna.   (I voted for Isabel.)

Baskin Robbins won in the taste-tester poll - over Nabisco, Pizza Hut, Starbucks and Oscar Mayer.  (I voted for the ice cream.)

I don't think I'm going to comment on each poll from now on, okay?   I'll just put the poll up - and let it speak for itself.   Sometimes the polls surprise me - like I wouldn't have thought 'campfire' would win.)
--------
So I did put some fluff on here.

I know God will somehow make good of this. One thing I have seen in the media is an outpouring of rescue teams from around the world and people contributing financially and there will be those that go there to physically help in the rebuilding. One thing that always seems to happen in these disasters is it brings us together as one in a world with so much conflict and competition. Underlying it all we are reminded of what we have in common, and that is our humanity. A disaster calls upon us to be the best that we can be. It is a chance for Christians to shine. Prayer is one of the most powerful ways to help...giving of ourselves and letting go....even just for a few minutes. Intercession, asking God for His help for someone else or in this case many someones. What a gift! Thank you for bringing this to our attention Nancy.

P.S. How could Starbucks not win?