The truth is out there...

Some don't hold up very well to scrutiny, as far as being true.

And if something isn't true, who wants it?

When I was young (18-ish) I didn't know if I could buy that Christianity stuff.
I mean, what if it was just wishful thinking?
How sad that would be.

Well, I didn't want wishful thinking.
I could go to Disneyland for that.

I don't know exactly how I came across Josh McDowell's EVIDENCE THAT DEMANDS A VERDICT, but I did.
McDowell had been an atheist and set out to disprove Christianity - and ended up embracing it.

Most people when they get that book they just look through it and/or use it like a reference book. (It's not a narrative.)
Me - I started from the beginning and READ the whole thing.

I so wanted to find my OWN faith - and not just believe what was handed down to me.

Well, that book, and C.S. Lewis' MERE CHRISTIANITY made all the difference in my life.

Here's a verse I love - that is often quoted incompletely:


Jesus said, “If you hold to my teaching, you are really my disciples. Then you will know the truth, and the truth will set you free.”
- John 8:31,32

But it's nothing without the first part!!!

Yesterday at church - Fellowship of the Parks - Grapevine campus - we heard pastor Charles Thorton say something like this: often people pursue truth ..... and then they think they need to, instead, pursue happiness. and then, well, that can get them into trouble.

In that light, here's another WONDERFUL verse:

"Jesus answered, 'I am the way and the truth and the life. No one comes to the Father except through me.'"
- John 14:6 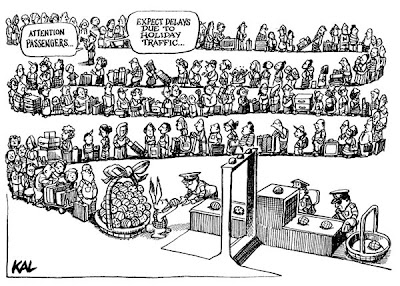 WONDERFUL POST TODAY, NANCY!!! Thank you so much for sharing.

Your posts this week are truly wonderful. Thank you!

(Also, to comment on the poll...have you ever tried a Reese's Egg? If you like chocolate and peanut butter...get ready!)

My concern with so many of today's big churches is that it's all "let's just feel good about our religion." We have responsibilities as Christians - "hold to my teachings." I believe with all my heart that I will be saved by God's grace, but I also know that I must continually "walk in the light" to be covered by that grace.

Thanks for the post Nancy. Lewis is one of my favorites. I guess I need to check into Josh McDowell now!

I really like your post. I want to read these books, they sound interesting. I look forward to the next post in this series!! Thanks Nancy!

Great blogs, Nancy! You bring the right meaning to this season. Praise the Lord!