Without a doubt, this stuff helps... 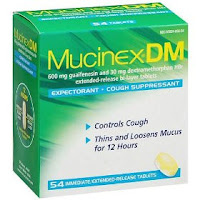 Actually I have so much to say and show that I kind of don't know where to start.

Nothing is urgent though. 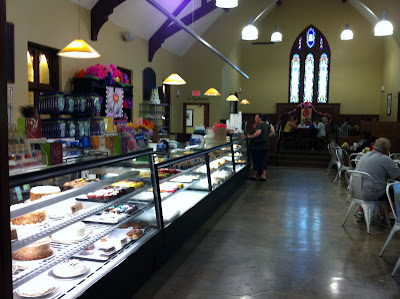 No, not all Christian Science churches look like this on the inside.
This one was converted into a bakery/cafe years and years ago. It's called Bluebonnet Bakery.

It's on Camp Bowie in Fort Worth. And the food is delicious.

I went there last week with my long-time friend, Janet.
(Decades ago she had her wedding cake made there.)

She and I were in CATCH THE SON - a singing group out of Baylor, back in the early seventies. (Hi, Deanna and Rita!) (Deanna and Rita were in it earlier with me.  (we're now on Facebook together.)

Janet ended up marrying the drummer of CATCH THE SON!!! (He would ride his motorcycle down to Waco from Fort Worth and meet us in the fellowship hall at Columbus Ave. Baptist Church where we'd practice. (I'm guessing his drums were already down there?) ... The rest is history. (They have four kids and four grandkids!) 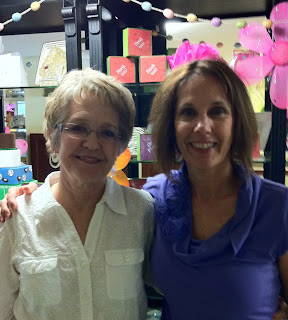 I know what you're thinking: Janet surely doesn't look like a grandmother!!

Well, Janet is still singing in a band!!
(And she's their keyboard player.)
She's with the CHURCH CHIX

They perform all around at women's retreats, luncheons, and different places. They are AWESOME!
Click HERE to go to the CHURCH CHIX website.

You may know Jan Bolling. She's their drummer.
(Hi Jan!)
(I wanted to put Jan's picture here, but Facebook wouldn't let me steal it.)

(Janet's husband Milner couldn't even audition for CHURCH CHIX, because he's a guy.)

Oh, Janet also does quite a bit of speaking.  She is an incredible communicator, sharing what she's learned in her walk with God.  It is amazing.
----------
On a different note: you may notice my new header pictures (if you're reading this the day I posted this post). On the left is Elizabeth (my twin-Peggy's daughter) with her daughter Caroline; in the middle, Marian, her mother Pat (Sam's sister) and my mother; on the right, that's me with my Laura the night of her wedding rehearsal - almost a year ago!
(I explained that a little because I think I have some new blog-readers!)
----------
I will soon call Elizabeth to see how she and her family are doing. I was going to watch the kids last night - but I didn't want them to get sick. Well, now I'm better - not completely, but so much!!
Oh, and I have an antibiotic.
(Isn't the whole idea of blogging to tell you everything?)

That was kind of random, but I like it.

Email ThisBlogThis!Share to TwitterShare to FacebookShare to Pinterest
Labels: JanB

Glad you're feeling a little better! Ryan and I had fun subing for you last night at the Huffmans :).

this was an interesting conglomeration of info.

I especially liked that quote!

Meredith ended up coming yesterday since her ankle was fine by morning. We didn't go to the tea room. Just sat around and chatted then watched a movie together. Nice visit.

Antibiotics will do it! This is quite a story you have told us here and very interesting...fun to reunite with old friends. Great quote, one I totally agree with (as you know.