Here's what I saw on the way to the grocery store recently... 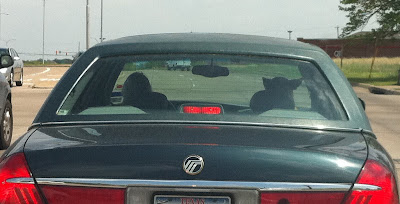 Here is some random trivia...

In 1845, President Andrew Jackson's pet parrot was removed from his funeral for swearing.

A sneeze can exceed the speed of 100 mph.

Cleo and Caesar were the early stage names of Cher and Sonny Bono.

Ben and Jerry's sends the waste from making ice cream to local pig farmers to use as feed. Pigs love the stuff, except for one flavor: Mint Oreo.

The characters Bert and Ernie on Sesame Street were named after Bert the cop and Ernie the taxi driver in Frank Capra's "Its A Wonderful Life."
-------

Finally, if you've been looking and looking for this... well, we have it at LoneStar Antiques!.... 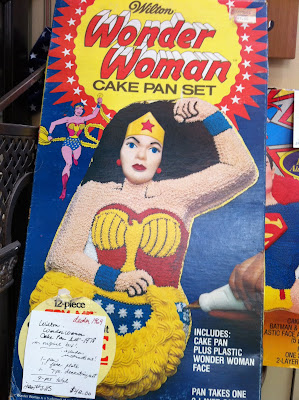 
Light travels faster than sound. This is why some people appear bright until they speak.

(My niece-in-law, Lindsey, put that up on Facebook recently... and I thought it was great!!)

Love that photo of the dog riding shotgun! Too cute!

malyraAs always, fascinating post! You are forever telling us facts and showing us pictures and giving us wonderful Christmas gift ideas that we just don't get anywhere else. Never stop!

That's very strange, you see those first six letters of my previous comment, that was my word verification. It seems this post of yours gets more unique by the moment.

Kenzie thinks that just may have been Yoda in that car in front of you!!!! Lol

I have to admit, I laughed out loud for the swearing parrot....