And there was lightning in Waco, so the last 2 halves (halfs?) were shortened to 12 minutes each, AND half-time was completely cancelled!!
That meant that our nephew, Josh, wasn't going to play his trombone in the Baylor Golden Wave Marching Band!!!

'Course it was hard to be sad, since lightning meant possible much-needed RAIN!!!!!!
(Still I wanted to watch Josh in the band).

Here are some pictures... 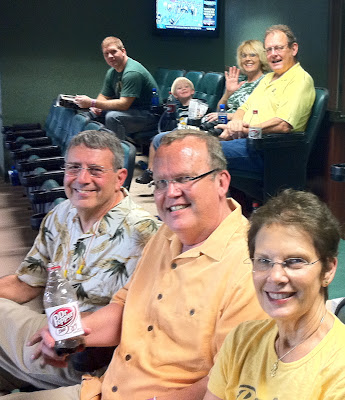 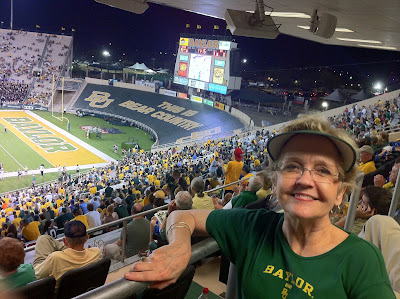 The next morning (this morning) Pat served us a delicious breakfast... 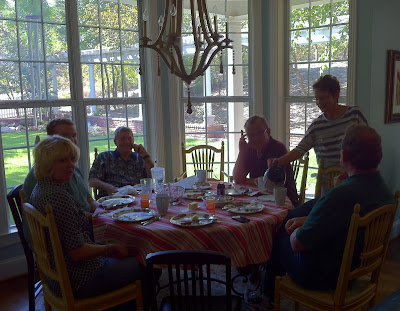 Before breakfast was served I drove over to Carla's for a hug.
Here we are last June...

I also got a hug from her kids Kenzie and Dylan ... who were at the game last night...(this picture is from early August).... 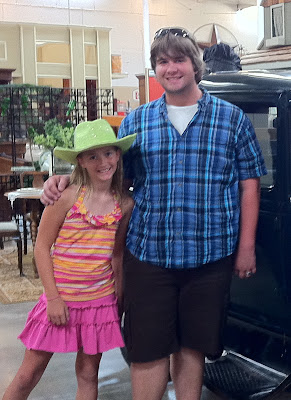 Kenzie wore that green cowboy hat last night at the game. (I'd given it to her!)

Shorten periods and no half time!? That's crazy! I saw alot of games had delays... but thank God for the rain!!

Loved having everyone here. Also, love the pictures at the top of your blog...they are so good of everyone.