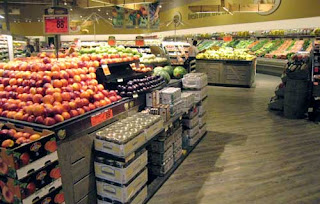 These days I'm doing blog posts on things for which I'm thankful. 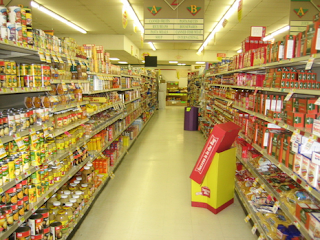 There's nothing like living in a third world country to make one thankful for what one has.

Brazil is becoming less and less of a third-world-type.
Even when we lived there in the early 1980's, south Brazil, though having much poverty, had much affluence as well. And the big cities had shopping malls, and huge grocery stores as well.


When we moved up north, though, near the equator to the state of Piaui, well, it was a whole 'nother world.

Getting groceries took the whole day.
Poultry and eggs were bought at one place.
Meat was bought at the meat market.
Bread at the bakery.
Soaps and other cleaning supplies, as well as toilet paper, were bought at another place.
Dairy products at another.
And fruits and vegetables at yet another. 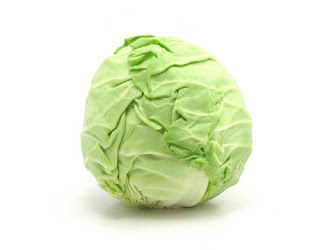 In Piaui (at that time) we couldn't get lettuce, or green beans, or broccoli, or any other green vegetable, except cabbage.
I learned that there are numerous ways to serve cabbage, both cooked and raw.
Yes, I became a cabbage expert.
To this day when I see cabbage in the store, I feel as if I know something.

I just say all this to remind you (and me) that grocery stores should NOT BE TAKEN FOR GRANTED.

And if you ever hear me complaining about 'having to go grocery shopping', pull me aside and remind me of this post.
Thanks.
- November 14, 2011

Nancy, you perfectly described my grocery shopping life for MANY years. Seriously, it DID take all day to go shopping in a couple of places where we spent a number of years.

In Cairo, it didn't matter how long you looked, though. There was just nothing available there. If you wanted flour or sugar, you had to have an Egyptian go to the "government store" and buy it for you. Then be ready to screen the weevils out of the flour, because they were always there. I remember paying TEN DOLLARS for a bottle of catsup one time (on the black market, no less . . .). Found a box of Mars Bars on the black market one time and thought I had hit the jackpot!!!

In Nigeria, if you had all day, you MIGHT be able to find most things on your list. I had to do a lot of entertaining there, and when I did my menu planning, I had to have a Plan A, B, C and so on because I never knew if I would be able to find everything needed to make a particular dish.

When we moved from Cairo to Singapore (which even back in the mid-eighties was very modern), the VERY first night we were there we went out of the hotel for a walk. A couple of blocks away was a modern (upscale even) grocery store called Jason's. I will never forget Kevin and I almost running down aisles, shouting across the store to each other "Oh, look!! They have MAYONNAISE!" "WOW!!! They have MUSTARD!" "Catsup!" "Peanut Butter!!" I am sure people in the store thought we had lost our minds.

Even in Canada, I moaned for years because they didn't have Dr. Pepper, or Lay's potato chips. Or Frito's. How can one survive without Dr. Pepper and Frito's?? It took me at least a year to realize that I couldn't find CORN MEAL because I was looking in the wrong place - instead of being with the flour and other baking items, it was with the CEREAL. No Rotel tomatoes either.

So, I am like you. I still marvel at all the things I can buy here in our wonderful grocery stores. And I finally learned to never walk into one of them when I am hungry.

That really brings the message home - about NOT TAKING FOR GRANTED OUR GROCERY STORES!!!!!!

I remember when I was in Italy and trying to shop for ingredients for our little group to make thanksgiving dinner. I wandered the aisles with an Italian-English dictionary and while I did a LOT of improvising, apple pie never tasted so good. ;)

Oh. Except for the time I rode a bus 30 minutes outside the city because I heard they had PEANUT BUTTER. I'm not sure I've even eaten peanut butter SINCE then, but that day, it sounded REALLY good. And comforting.

I didn't miss much while I was away... in fact, I constantly feel overwhelmed by grocery stores at home now... too many choices!!

But those choices create lower prices... and for that I'm thankful. :)