Ah, but if he hadn't been born, there would have been none of the other.

And so Christmas is a grand time to celebrate his humble birth.
And I think 'humble' is the operative word.

Christ was humble all the time. Oh not in a namby pamby kind of way.
But his birth and death were so unexpected for a KING.

Sam has been so drawn to nativity scenes through the years... and it's mainly because of the simpleness of them...
Christ was born in lowliness... and yet worthy of high worship. 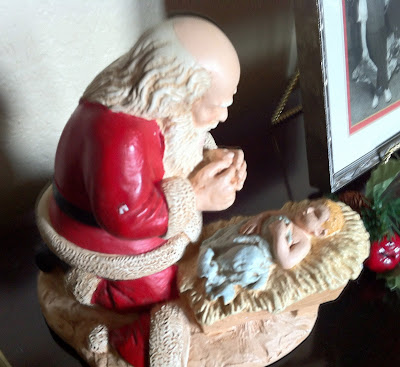 Sam would use this every Christmas eve service we were at Bear Valley Church.
It speaks volumes when you study it.

Another nativity scene that we love is this... 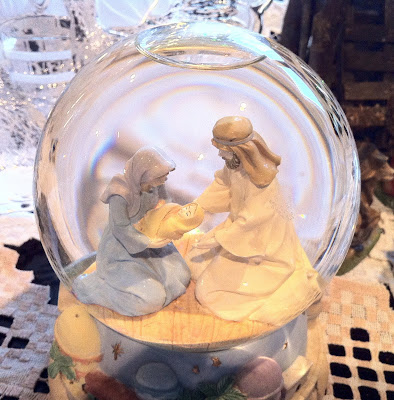 Will gave that to me a few years ago. Though you could call it a 'snow globe', when you turn it upside down and shake it it fills the globe with sparkly glittery type things, not snow. It's beautiful... and I love it.

This next unique nativity was given to us several years ago by the Werners... 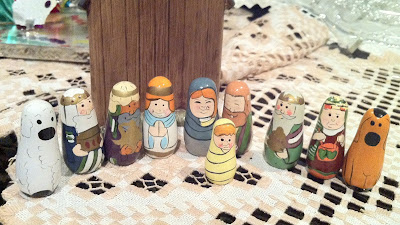 She's half Chinese and half Japanese, and he's not. I think that's great.
Here's a picture of them now... and then when they got married... (I stole these from Facebook) 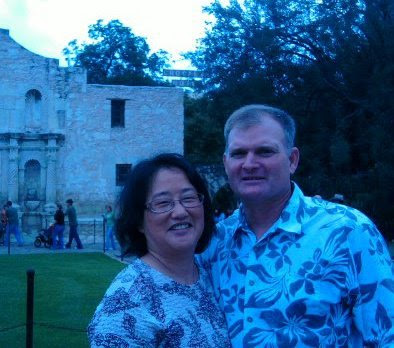 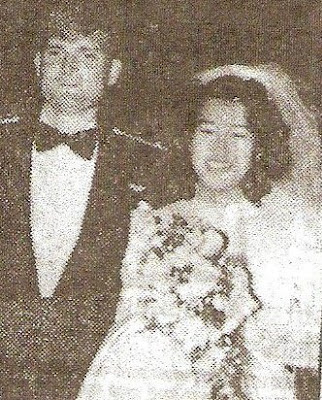 These next two manger scenes fall in the category of "I wanted them. I bought them."

This one is from Hobby Lobby... 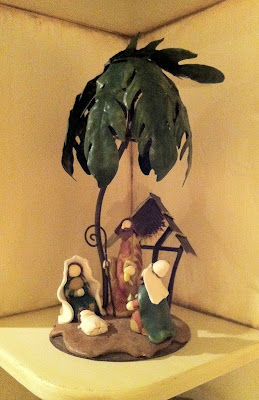 And this next one is from Wal-mart... 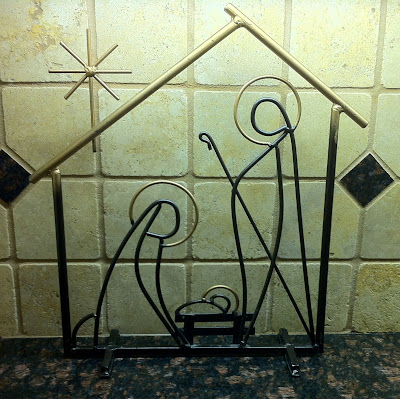 Wal-mart does have treasures.
And I think it's fun trying to find them.

Email ThisBlogThis!Share to TwitterShare to FacebookShare to Pinterest
Labels: Christmas

You are making me want to go out and buy nativity scenes! We only have one right now, from Twice as Nice. I love it though

I love these nativities, each is so different and special. It says it all to see Santa bowing to sweet baby Jesus. It puts Christmas in perspective.

I haven't seen the Werner's in forever. Thank you for including them in your post. A great reminder to re-connect.