For the first time in my entire life.... 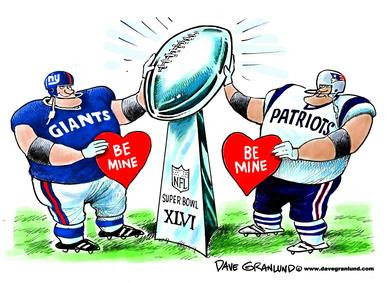 Well, I was, anyway.
Then I decided I wanted to blog.

Sam and I liked the last part of the half-time show by Madonna. The first part - and middle - just seemed too much too much. But I was not expecting much... since I am so NOT a Madonna fan.

The commercials have been pretty good.
I just watched that Ferris Bueller one... and liked it... 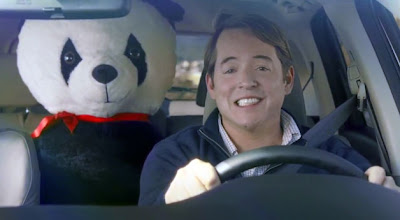 Sam and I are watching all of this in Amarillo... 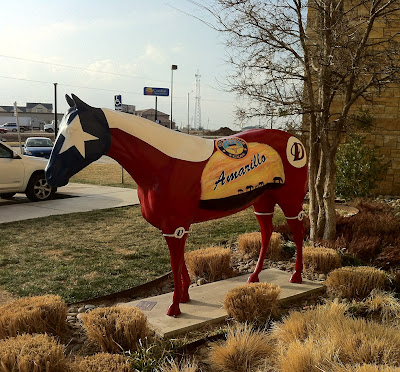 We've been to Albuquerque, NM for a wedding.
My cousin Leslie's son James got married last night... at the Hard Rock Hotel/Casino Seminar Room... 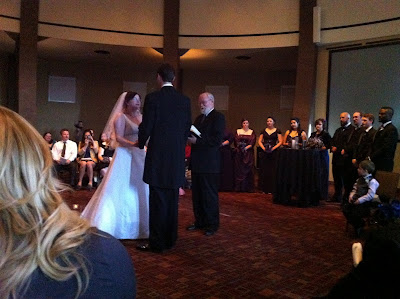 It was a delightful wedding.

Here are the ring bearer and flower girls... 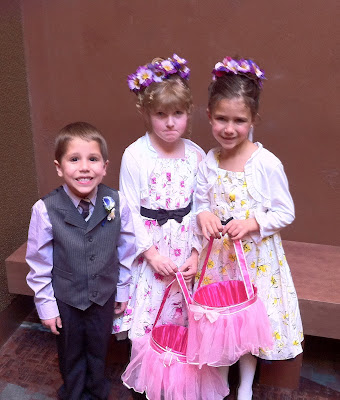 That's Reo, Cara (sp?) and Patience. Reo and Patience are the nephew and niece of the groom, which means, (I think) that they are my first cousins-twice-removed.
Needless to say, I'm proud to be related to them.

There's a lot more I could show you about the wedding... but I'm not a fan of long blog posts, so maybe I'll show you more later.
I will definitely show my mother a LOT more. She was unable to go... but we took lots of pictures and will give them to her - in touchable form (not just on the computer.)

Well, I'm trying this Valentine's blog background. It's a little too red for me... and foo foo... but for now it will do.

I will close with a quote I like about marriage....


"There is no more lovely, friendly and charming relationship, communion or company than a good marriage."
-Martin Luther


I so agree.
And I love having a wonderful marriage to Sam.
Neither one of us is perfect, and, fortunately, he's forgiving.

Whoa. What an ending to a Super Bowl game!

Email ThisBlogThis!Share to TwitterShare to FacebookShare to Pinterest
Labels: JEarlWhiteFamily