Little Caroline is so creative.
Look... 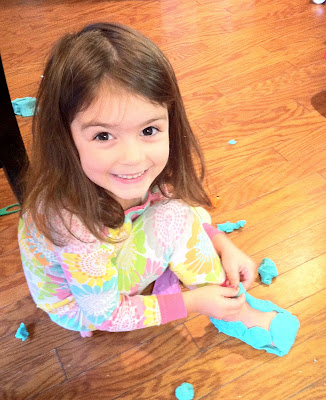 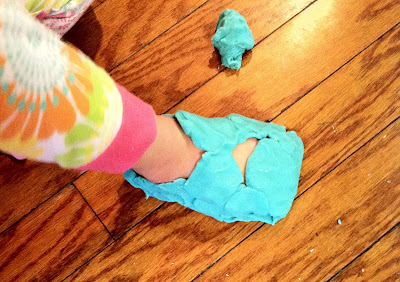 She also made me a playdough necklace, bracelet and ring.
I was impressed.

And I'm calling it 'playdough' because it's not the commercial brand Play-Doh.
Elizabeth and the kids made it themselves... and they put glitter in it, so it sparkles.
I was impressed.
-----
I watched the three little ones for a bit yesterday morning and Caroline took this picture... 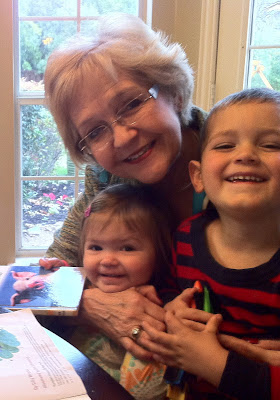 (I was not choking Anna, surely.)
-----
Speaking of pictures and Carolines... Tuesday Caroline C, and her sister Annie and mother Charlsa, and little Sawyer came to the tea room...

There's a reason I didn't get much of Sawyer in the picture.... He was NOT into getting his picture taken! (Somedays I'm like that, too.)

Here's Caroline and Sawyer with Mother, and my Iowa cousin Dave and wife Sandy at the tea room... 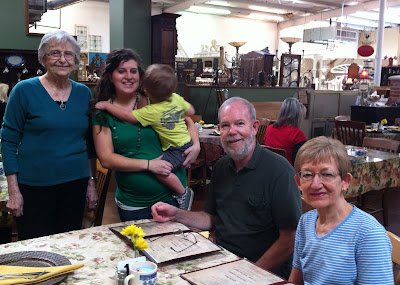 .
They really enjoyed the food in the tea room... as I do, all the time.

Different note...
Last night I went and got some Cici's pizza to go and took it to Mother's for us for supper... Talk about good... and talk about cheap. 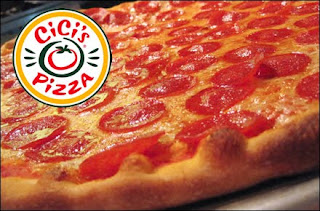 In closing, I'll leave you with some Steven Wright funnies.  (Well, I think they're funny.)

I went to buy some camouflage trousers the other day, but I couldn't find any.

I saw a sign: "Rest Area 25 Miles". That's pretty big. Some people must be really tired.


All those who believe in psychokinesis raise my hand.

The early bird gets the worm, but the second mouse gets the cheese.

Support bacteria - they're the only culture some people have.

Caroline IS creative! I need to go to the tea room soon . ..