Are you kidding me?

Here are some cartoons... 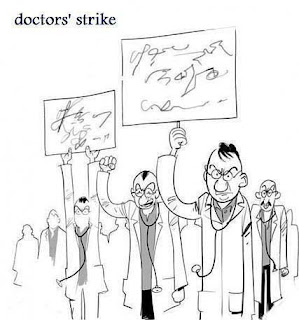 And here are some quotes....

"Outside of the killings, Washington has one of the lowest crime rates in the country."
- Marion Barry, Mayor, Washington, D.C.

"I've never had major knee surgery on any other part of my body."
- Winston Bennett

"It's easy to identify people who can't count to ten. They're in front of you in the supermarket express lane."
- June Henderson

"Yes, I've now got this nice little apartment in New York, one of those L-shaped ones. Unfortunately, it's a lower case l."
- Rita Rudner

"I watched the Indy 500, and I was thinking that if they left earlier they wouldn't have to go so fast."- - Steven Wright

"I busted a mirror and got seven years bad luck, but my lawyer thinks he can get me five."
- Steven Wright