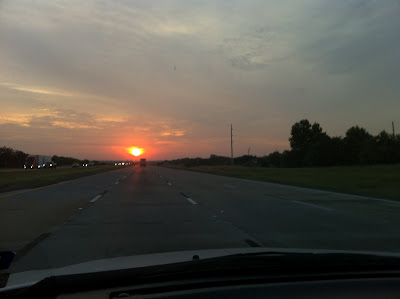 On a whim (last night) I decided to go to Canton Tradesday today.

I set my alarm for early-early.

I got to see the sunrise, going east on I-20. It was so beautiful that I got my phone camera out of my purse and tried to capture it. (I had my spa music going on on the radio, so it made it super serene.)

I got there so early that shops weren't opened... so I had to take a picture of that.... 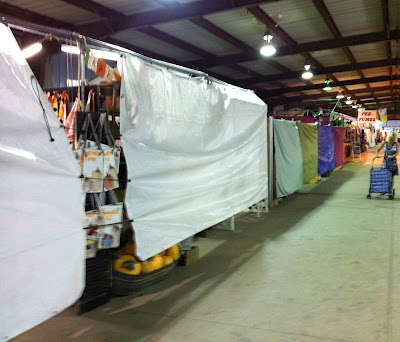 Later I spent quite a bit of time in (on) the old First Monday grounds, where treasures abound.... 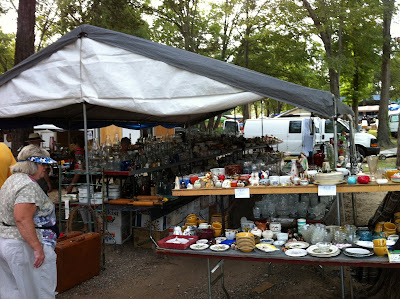 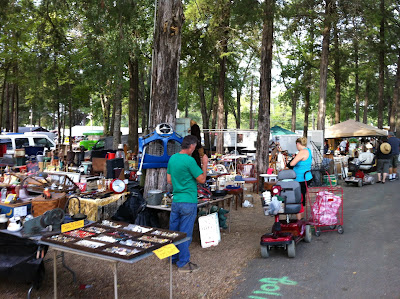 Then I went to the pavilions and arbors.... 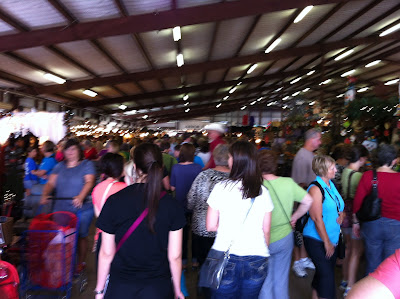 You can tell they were busy-busy.

At one point I got the backs of my ankles hit by a lady riding a motorized cart-thing.  She kept apologizing and I kept saying it was really all right, though it did hurt some.   (Oh, the perils of Tradesday)

Would you believe I didn't buy anything, not one thing?

Ah, but I had to eat.
And, I don't go to Canton Tradesday without eating something bad for me. That is my tradition. 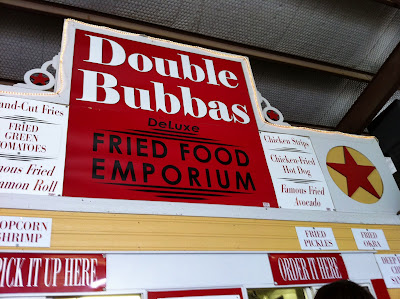 I ordered the chicken fried hot dog with queso, onions and spicy fried pickles on it... and fries.
(And a Diet Coke, of course) 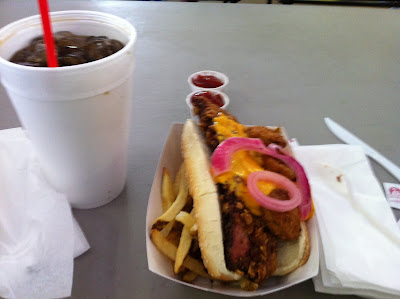 The lady sitting across from me asked if I had the paramedics ready.
I said, 'Thanks for reminding me to contact them!"
(Seriously, that WAS the conversation!)
We laughed and laughed.  (We hit it off right away.)

Here's the view from where I sat... 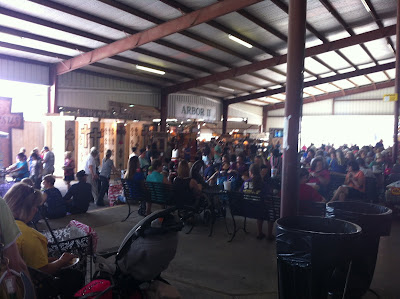 And here's the view as I left the food court area.... 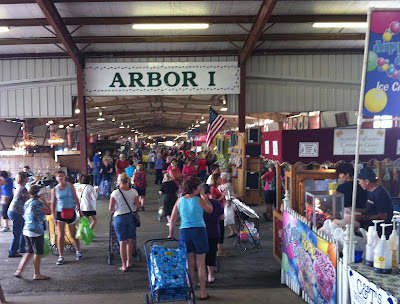 Click HERE to read Wikipedia's info on CANTON TRADESDAY.
Here's a quote from it (I'm copying and pasting)..."It purports to be the largest and oldest continually operated flea market in the United States, and is a highly popular event in the area. Depending on the time of year, up to 100,000 shoppers can and will frequent the fair in a weekend."

On GOOD MORNING, AMERICA years ago they did a segment on the Tradesday. They interviewed a man who was selling a hearse. The reporter asked, "Why would anybody want to buy a hearse?"
The vendor's reply, "Well, it's better to have it and not need it than to need it and not have it."

Sounds fun! I do want to go with you sometime. I haven't in so long.

Yes, Laura, we MUST go together sometime!!!