My polls for sure show that.

I often think one answer on my poll will be the winning one, and it is so not.

For instance, I just knew microwave would be the most indispensable appliance. ... but no...it was stove!  (I guess that tells you about my cooking skills.)

And I was surprised when 'Charades' won the game poll.  I thought Scrabble would.  (I voted for the literal no-brainer, UNO. I don't like to have to think when I play games.)

And 'a back rub' beat out a Snickers bar, a cheeseburger, a pedicure and iced tea - for 'which would you rather have now?'
I can understand that.


(That picture on the right may be my favorite picture I've ever put on a blog post - well, other than pictures of family members.)

----------
As far as what calms down my poll-takers, solitude beat out candle light, classical music, a hot bath, prayer and Bible reading.  So solitude is important.

For a middle-of-the-afternoon snack, Sonic far beat out Starbucks, Baskin Robbins, Texas Star Bakery and home for a banana. 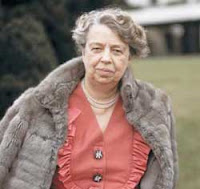 As to which first lady would my poll-takers rather meet, Eleanor Roosevelt won handily, with Jackie Kennedy Onassis and Martha Washington almost tied for 2nd place and Mary Todd Lincoln in way last place.

Now those weren't too surprising.

What WAS surprising (besides microwave losing) was that deep fried Oreo cookie got just one vote in 'which state fair treat is tastier'.  Corn dog won, with funnel cake (my choice) a close second.

I also found it surprising that in my 'which breakfast is tastier' poll, scramble eggs and bacon beat out pancakes and sausage! (my favorite)  Oatmeal got zero votes (not too surprising) while Cheerios and blueberries got one vote (I think the berries earned that vote).

On one of my 'which makes you smile most' polls - with completely different-type answers - it amazed me that 'enchilada' beat out 'relax' and,  'picnic', which got just 3 votes out of 32. !!! 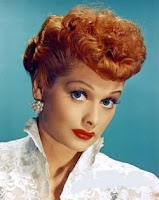 In 'who makes you laugh more' it kind of surprised me that Lucille Ball won big time over Jerry Seinfeld, Jon Stewart, Bugs Bunny, Homer Simpson, and lastly David Letterman who got just one vote out of 28.
('Course it wasn't too surprising.)

Of course I realize that one's answer on any of my polls may change depending on one's mood at the time.

I just thank YOU, dear blog-reader, for voting on my polls.  And if you find you can't vote (as some of you have told me) you can leave a comment on Facebook as to how you would vote, if you'd like.  'Course that would mean it wouldn't be an anonymous vote.  Ah, but you COULD leave a comment as 'anonymous' on my blog - with your poll answer.
Or not.

I know these polls aren't earth-shattering, and I may stop doing them, but for now - while there are still choices in this world - like toothpaste brands, lunch options, TV shows, etc., well, I will keep polling.
Why not?!

And I just may get political.

I love your polls!