If you grew up in the Baptist church you know the song "Heaven Came Down (and glory filled my soul)."

That's how I felt Sunday afternoon at Mother's birthday party ... and then the next day (yesterday).. when I was reliving it in my mind all day. (Oh, and today.)

That tells you it was WONDERFUL. 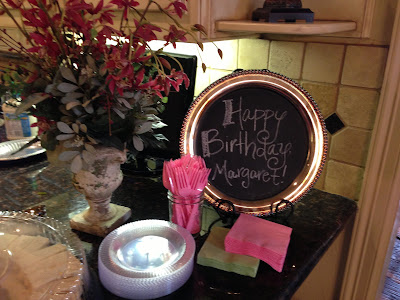 We had about 70 folks come... from every part of her life.  Friends from Canton, Colfax, and former teacher friends from Van, and even folks from Mission (who now live in Dallas) - David Morris and his wife, Bonnie.  And there were friends from her retirement community who came with their walkers and canes, and there were friends from First Baptist Church, Grapevine, and of course, family members - the McElhany gang (my dad's little sister's family (ALL of them came!) and Mother's little brother, Warren, and his son, Jim, came from Tennessee!!
I mean it was glorious!
And Mother was up for it all.
As was the weather!

Right before the actual party commenced we had special guests from Scotland!
Here's Mother doing some Facetime (Skype-thing) on Sam's iPad with Will and Bailey... 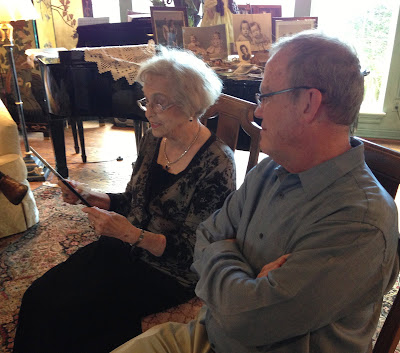 Here are Elizabeth and her girls talking to Will and Bailey... 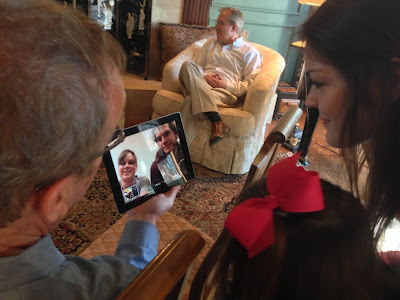 (That's my cousin, Jim, from Tennessee, sitting in the white chair.)
(We put him to work, at every turn of the party.)
Thanks, Jim!!

And here's Aunt Helen talking to them.. telling them she's jealous that they're there and she's here... but then she likes it here, as you can tell by her smiling... After the Scotland visit, the friends and family from the States started coming.
Here are some random pics... 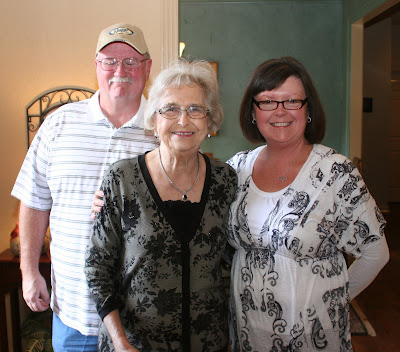 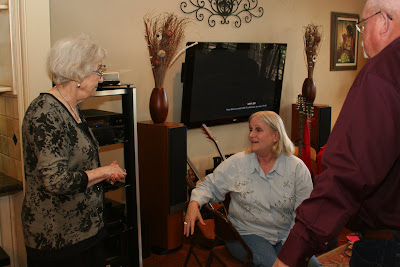 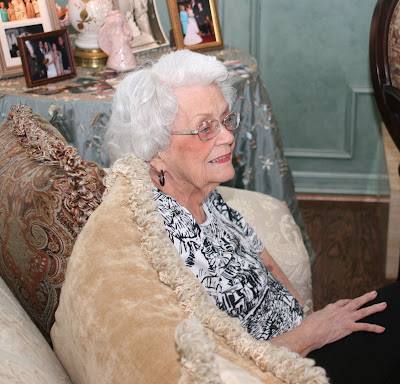 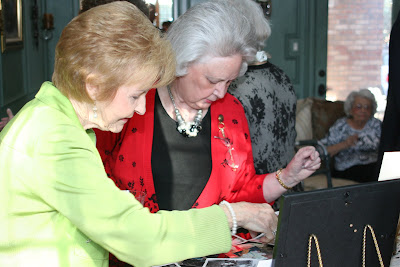 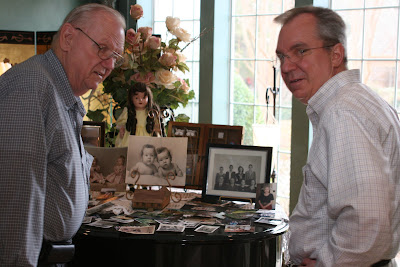 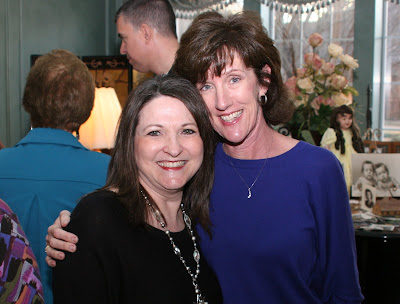 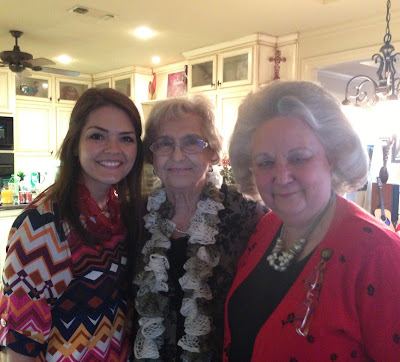 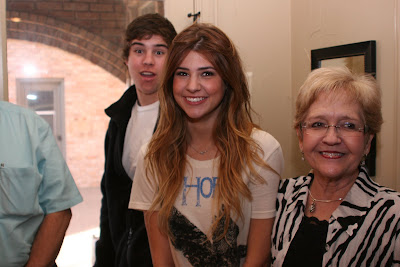 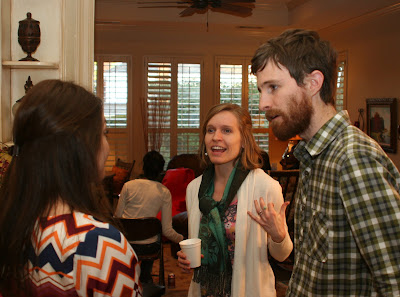 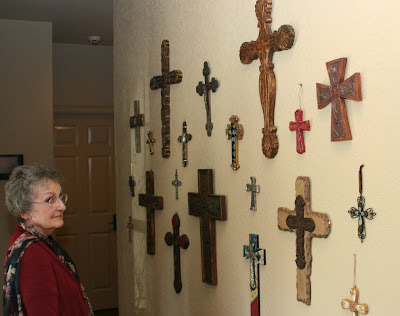 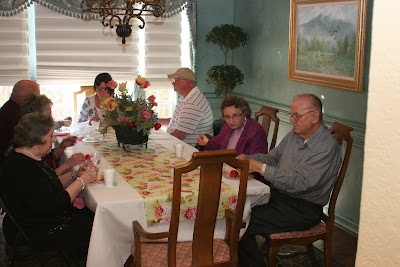 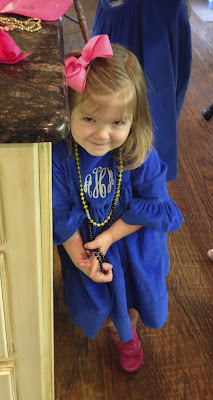 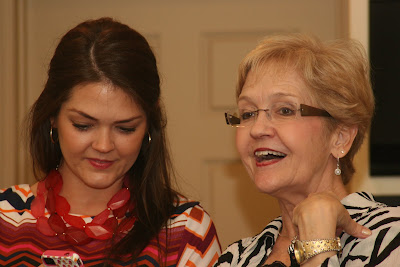 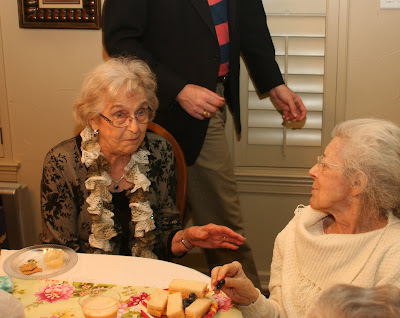 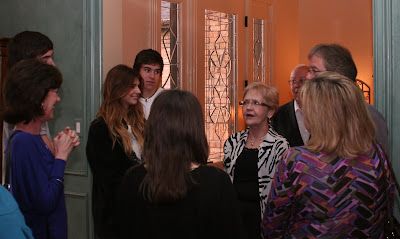 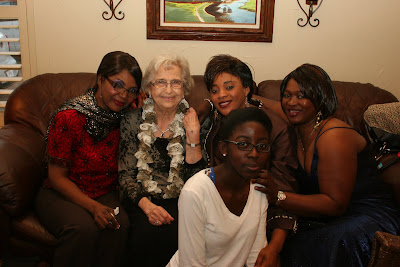 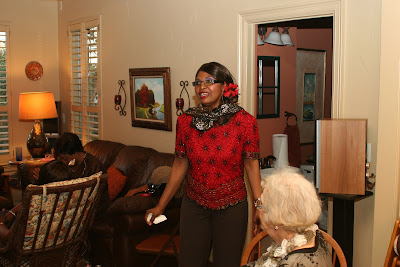 Now those last two pictures are important: Those ladies are from Sierra Leone, Africa, and work at Parkwood, Mother's retirement community.   In that last picture Margaret (yes, her name is Margaret!) is singing a soulful rendition of "This is the Day that the Lord Has Made."   After she sang that she sang another Gospel song and both of those songs were BEAUTIFUL!...one of the highlights of the party!

If you haven't voted in my Valentine's poll (upper right) please do (or try to).  Thanks!

I am sorry we missed it, but so glad she had a grand day!

Happy Birthday to your beautiful mother. I never got to meet her, I don't believe, but she reared two wonderful girls so she must be very very special. And, we all know how special Missionites are ;) (As a child, I thought we were called Missionaries!) What a blessing to be surrounded by so many "adoring fans"!

The party was a smashing success :) I told Grandmother it was like wedding--the way so many people from all over came together for special event.

I'm so glad it was a great party!! Grandmother is so loved by so many people, how wonderful!