Tuesday night Sam and I went to church... 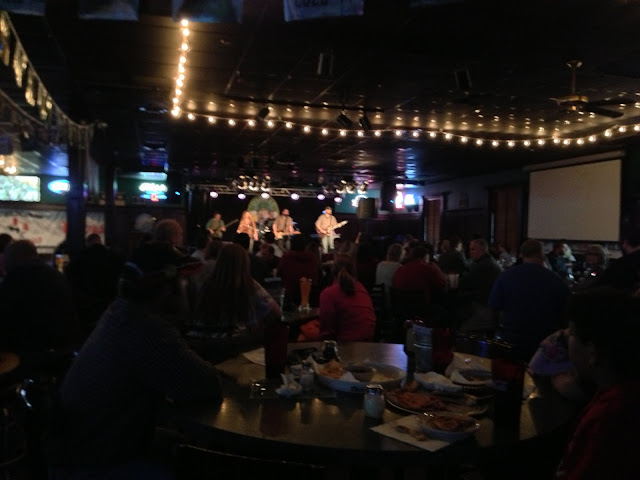 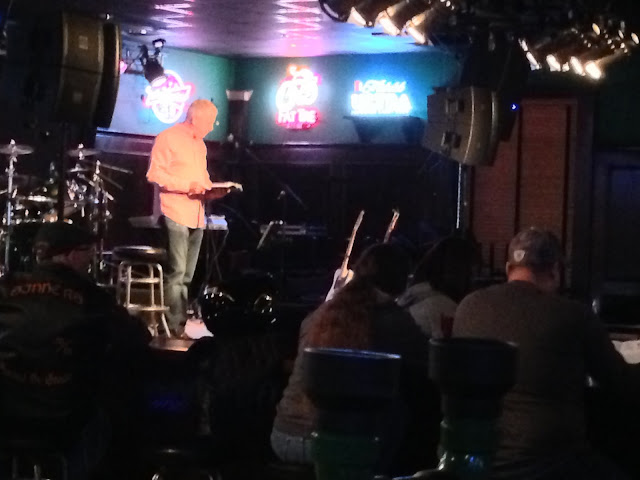 Charles is a fantastic communicator, and he was certainly in his element that night. Mm.

The band played some good songs, two by Tom Petty and the Heartbreakers, at least one by MUSE, and -would you believe?- one by Nancy Sinatra ("These Boots are Made for Walking") and then a couple of Christian songs. (I got some of that info from Barris Ayres who sat with us... I'm clueless on MUSE tunes (though I'd heard their name), but I definitely knew the Nancy Sinatra song.

So you could tell the event was for all ages.

And it was a GREAT event.

And that O'Sheas has delicious food!!!

We got the potato skins, which were the best I'd ever had (but I haven't had a lot), and we saw some people get delicious-looking burgers, pizza and chicken fingers.
I want to go back, just for the food, if nothing else.

The service was put on by Fellowship of the Parks.  They usually do it once a month, but I don't know their upcoming schedule.

I so think it's where Jesus would go and have an Easter service, don't you? 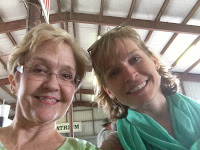 On a TOTALLY different note, my daughter and I went to Canton today! We had so much fun... eating yum, and finding some treasures.

Here's a picture of her finding one of those treasures.... 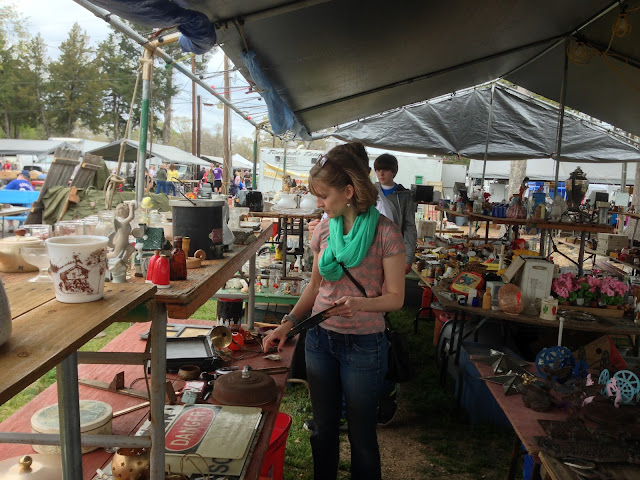 She paid just one dollar for the plate she's holding.  She bought two more treasures in that booth, and each cost one dollar, also.  Wow, who knew they had a DOLLAR STORE?

Now we're each at our own homes, resting.
I LOVE RESTING!!! (but only after not resting)
--------
If you haven't taken my latest poll, please do (upper right). I have a new source for the poll and it's a good source: it actually counts your vote on the first click! (so far, anyway)

Wow, that poll worked great! I'm SO glad you found a new one because I really enjoy doing them.

I agree with you that Jesus would SO be spending Easter where the people gather.

And, what fun to go to Canton with your daughter. I'm looking forward to doing some things with my own daughter when she graduates and has time to do fun things.

Such fun today! Thanks for everything :)

Laura has bangs! They look cute ;)