I discovered I'm married to a Russian!

Sam preached this morning at the Temple of the Gospel here in St. Petersburg -which is in the same building as St. Petersburg Theological Seminary*.  He did a wonderful job, wonderful. 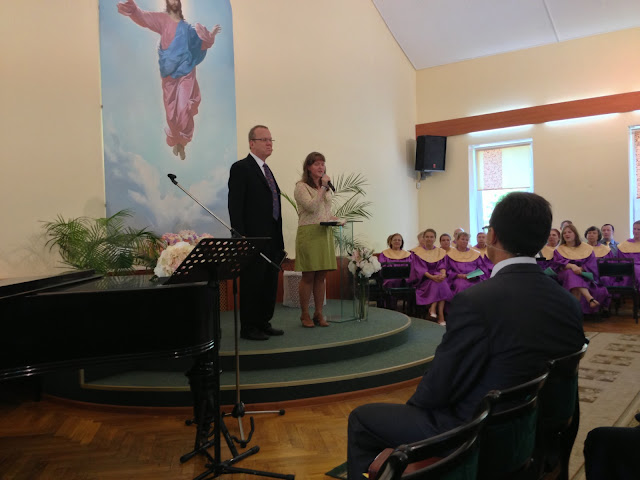 That's him with Paulina, his translator.
And that's her father sitting on the front row.

And yes, that got all the serious-looking Russians laughing!!

Then he gave a wonderful message from the book of John, chapter 3.

The choir that you can see from the above picture sang before Sam spoke, and then at the end of the service, right before a final congregational song, the choir sang a moving rendition of "People Need the Lord" in Russian.   It was absolutely beautiful and brought tears to my eyes.

Some of you may know that song, written in 1983, and very popular in many Christian circles in the '80's.
Steve Green has a moving rendition of it here.... 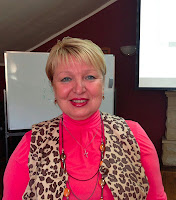 One of Sam's students, Laresa, who is a pastor in the Ural Mountain region of Russia, was telling Sam how after she became a Christ-follow (when she was in her 30's) she read the Ephesians 5:22 verse about wives submitting to their husbands.   It made her so mad.  "I have to submit to him?!" She certainly didn't want to, but she thought that if she was going to follow Christ she needed to do that.  So she did.  .... Because of that her husband became a believer, too.... and now she is pastoring a church!   She said that her husband is always telling people how their marriages can be improved if they follow Ephesians, 5:22 and the verses following.
I thought that was great.
(Let me hasten to say that the conversation was about submitting, not obeying.... and 'submitting to one another' was where the emphasis lay.)
-----------

On a totally different note, we went to McDonald's the other day.  There's one about 5 blocks from here.
Here's Sam there.... 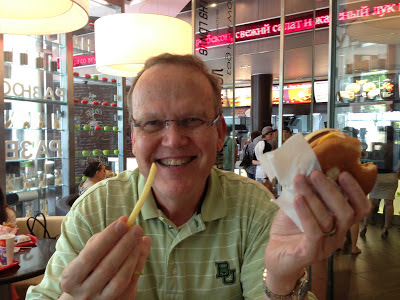 So he's not looking serious and stern all the time!
(Oh, we went this evening again, and ran into seven members of the church!)
(They were smiling, too.)

-------
We're having a wonderful time.
Tomorrow Sam starts his class on world religions and their views on why there is suffering.
Everyone is interested in that..... especially these long-suffering, precious Russians.
------
I put up a new poll yesterday (upper right). Please vote if you haven't.  Thanks!
--------
*We are in St. Petersburg, Russia (May 23- June 10) where my husband Sam is a visiting lecturer at the St. Petersburg Theological Seminary.  He is teaching Hermenuetics (Principles for Interpreting the Bible) the first week and "The Problem of Suffering in Six World Religions (including Christianity)" the second week.