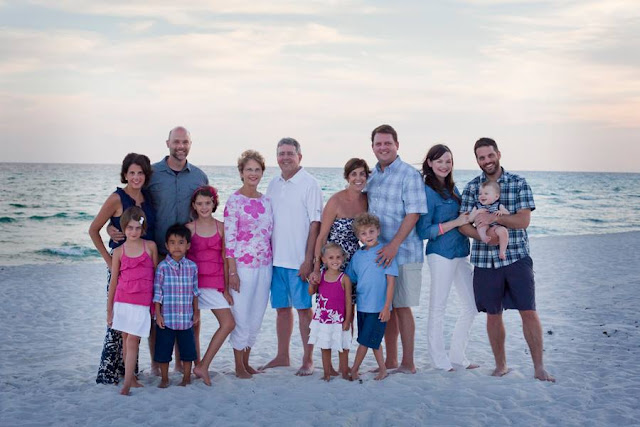 Is that not a beautiful picture of a beautiful family?!
That's Sam's sister, Pat, in the pretty pink and white flowered top.
Her oldest daughter, Jennifer, is on the left with her family.
Second oldest is Marian, in the middle next to Pat's husband Ken, with her family.
On the far right is the baby of the family, Justin, with his wife and son.

That picture is good of everyone.... AND the beach!!
Wow.
And all of those people are beautiful inside and out.
Mmm.

Oh, here's another picture of Justin and his wife, Amber.... 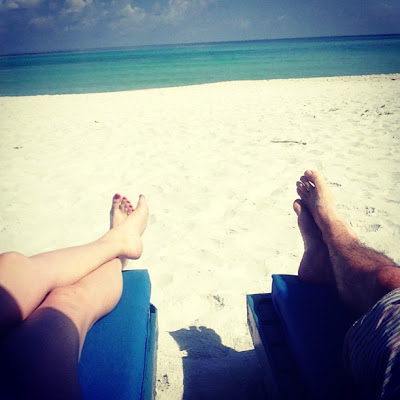 That picture is really making me relax.
Mmm.

Oh, and I have to show you this picture, that Justin was wanting a caption for.... 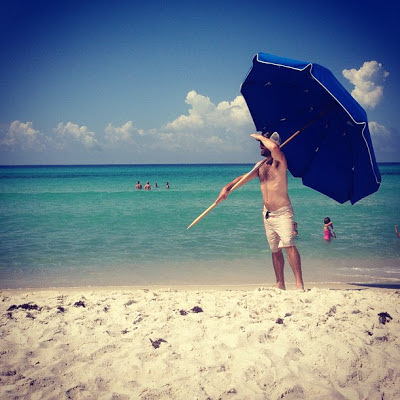 The best caption he got, in my opinion, is the one that said, "Where's the drink that it goes in?"
!!!!!
(Thanks, Justin, for letting me steal that from Facebook.)

Next picture up is totally different.
It is of a glorified doodled ice cream cone.... 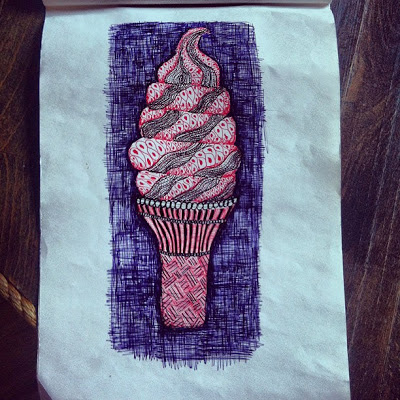 That was done by daughter Laura - on the last page of her recent sketch book.

I just love it.

Usually ice cream pictures make me want to go get some ice cream and eat it.
That picture just makes me want to study the intricacies of the picture.
Really.
-----------

As I blog today I'm really just resting up.
We're having our J. Earl White family reunion here this weekend!

Here's a picture of J. Earl and his family... 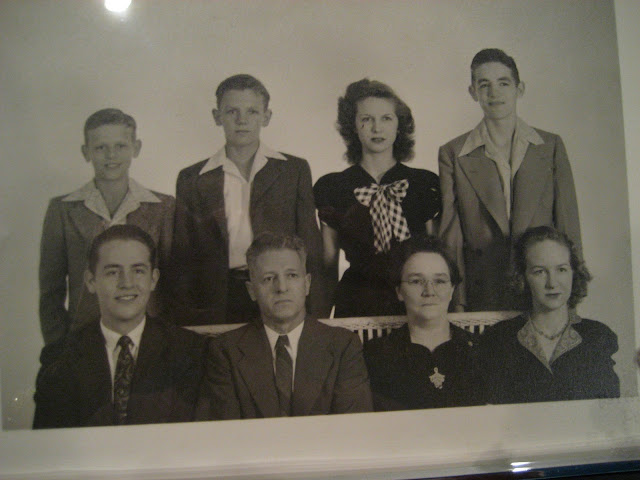 Only two of those people are still living - Uncle Warren and my mother, Margaret.
They are in the middle of the back row.
They will all be represented, though, this weekend.

And I've got the piano all decorated with old pictures.

If you'd like you can click HERE and then HERE for my two posts in 2009 of the reunion then.
Unfortunately some of those same folks can't come this year, but others can come who haven't come in a long while.

Here's a picture of Shiloh being the lifeguard back in 2009... 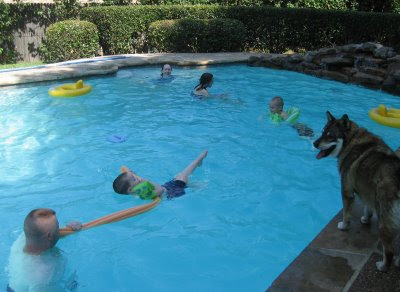 He'll be happily on duty again this weekend.

That's all for now.