On Saturday morning of our J. Earl White family reunion some of us went to Oak Cliff in Dallas for a sentimental journey.

Here's the hub of the universe... Really, it's the hub.
I always thought of Dallas as the hub of the universe... and this is the hub of the hub - where we were with Grandmother Ora and Granddaddy Earl... and all of our aunts and uncles and cousins.

And here it is Saturday... 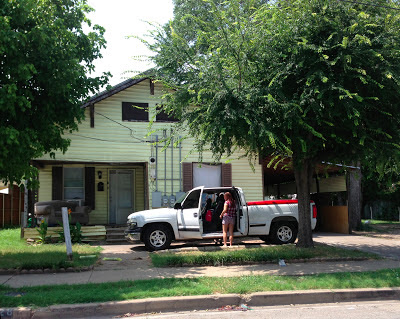 We recognized it... but it looked smaller than I remember it.

We also drove by the Texas Theater, where Uncle Warren worked as a teen... 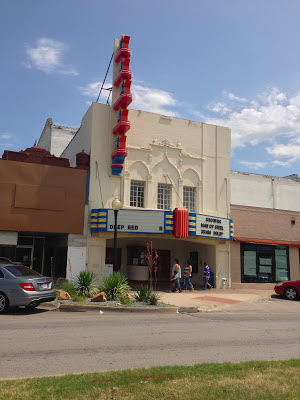 and where Lee Harvey Oswald was arrested(!).

That is also the movie theater where Uncle Warren and his buddies
would let loose some fireflies that they had captured in a jar!

(I learned a lot Saturday about my Uncle Warren.)   :)

Here we are in the El Fenix in Oak Cliff, where he and Aunt Helen had their first date... 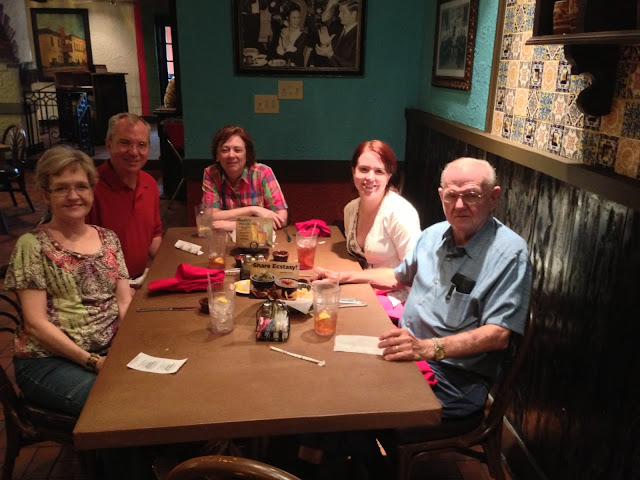 Aunt Helen couldn't come this time, but here she is with Mother and Warren at our reunion four years ago... 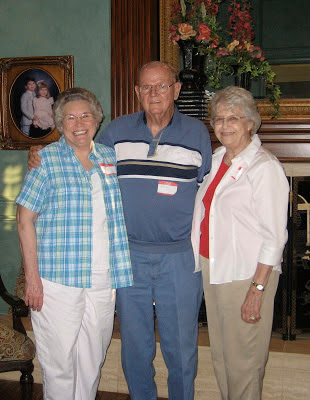 We missed you, Aunt Helen!!

I have other pictures of this J. Earl White reunion, but I also have a Will White reunion to tell you about... which I went to yesterday!
I'll blog about that wonderful reunion later.

For now, here's an old picture I love of my grandparents, Ora and J. Earl.... 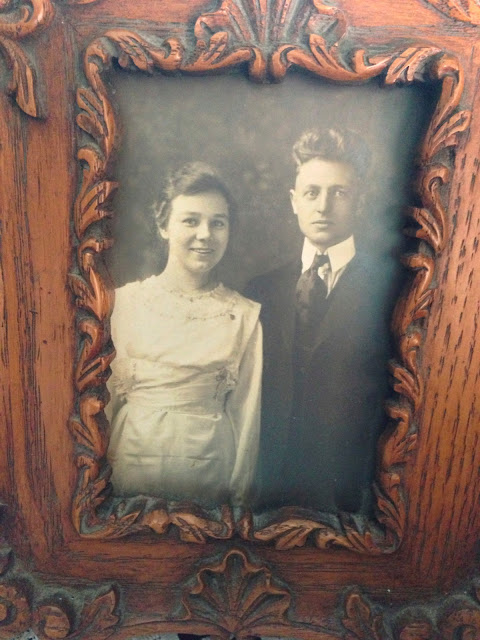 Isn't that priceless?
(Often in old pictures people don't smile -- ah, but she had something to smile about- her honey Earl.)

Both of my sets of grandparents' last names were White.

My mother was a White and she married a White.

Email ThisBlogThis!Share to TwitterShare to FacebookShare to Pinterest
Labels: JEarlWhiteFamily

Hurrah--a photo of Ora smiling! I knew she must have had some happy times, but this is the first photographic proof! Hurrah--thank you, Nancy!