It's nice to be inside on this cold, wet Sunday night.  Mm.
I'm already in my pajamas.  Mm.

Yesterday was busy, but fun.

First, I attended another training session for ESL (English as a Second Language) at Bear Valley.... 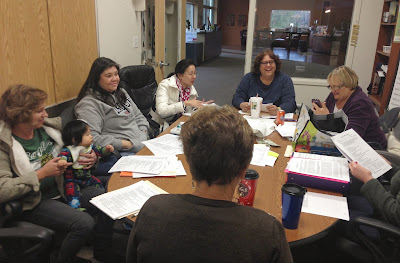 I always love being with those people. 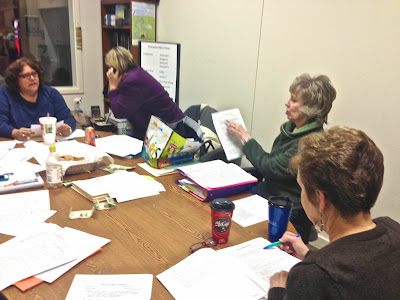 ... as she is our director.
And a wonderful one at that.

Notice the lady to Peggy's right in that above picture, who's leaving the room, talking on her cellphone.  (In the picture before that she is texting!)
She had good reason to be phoning and texting.
She's Ricki Lea Krause and her first grandchild was born Friday!!!  (He is being called 'Liam'.) 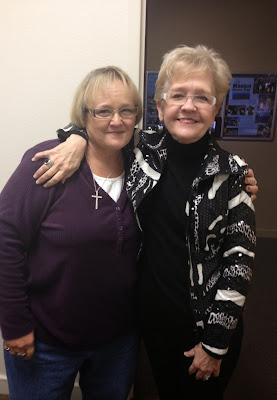 I was kind of dressed up because I had to leave the ESL meeting and do the important job of playing the piano in the tea room (of LONESTAR ANTIQUES - 5605 Denton Highway, Haltom City).

After I played I headed over to Princess Nell's house where I would babysit while her parents went to watch THE HUNGER GAMES new movie.  (They liked it.)  It was Nell's FIRST time with a babysitter.  And it was my first time as a babysitter to my grandchild.  So I had to get a picture of her.... 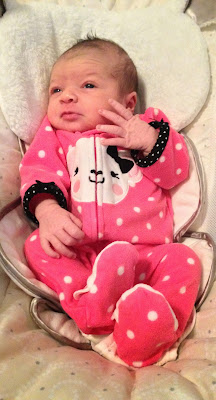 After the babysitting fun, I headed home to watch Baylor play Oklahoma State.

During every game this year Sam and I high-five each other and hug each other and yell and smile and do the happy dance..., whether we're watching the game at home or being in the stadium.

Until last night.
We were just consoling each other.

Ah, but we were happy for OSU - who played an AWESOME game.

We do feel close to OSU.
Sam's folks went there.
So it must be a wonderful university.

Now the Baylor Bears are licking their wounds after that 49-17 defeat.

But they'll win the rest of their games.

Oh, and I need to buy little Nell some things.... 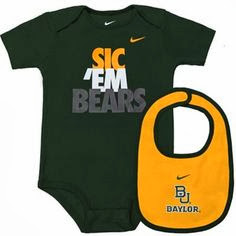 You and Sam are totally my favorites... and Little Nell is too sweet!!