Some thoughts on prayer and freedom... and relief...

I'm a believer in prayer. 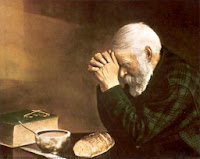 I can remember when I first started really believing that there was something to it.

I'd been at a church youth retreat in Weslaco, TX.  I think I was a junior in high school.

I'd gone to church all my life but when it came to really believing that stuff, well, I remember lying in bed hoping there was a heaven, and a loving God, but I wasn't sure.  I didn't want God to turn out like Santa Claus.

But somehow I quit the questioning and doubting and gave it all up in my bunk bed at that retreat center in Weslaco.

The next week I remember being in class - in that conference room - in Mission High School - where the seats are all in layers, going down the steps to the bottom.  It's where we had Y-Teen meetings.  Anyway, I remember being in a class in that big room and thinking: wow, I'm not alone.  God is here.
GOD.
I remember thinking simply: this spells R.E.L.I.E.F

Later I would go back to the questioning and doubting... but I've come to terms with that: I'm just that way.   When I took debate classes I was a terrible debater because I kept thinking that the other side had such good points.
So I was that way with atheists.
I could see their point.

And then I'd think that this church stuff that my family was in was just judgmentalism big time. (Though I must say that in my own home of origin judgmentalism was NOT THERE. ... but I did see it in the church.... and at Baylor... and then more in the church - and well, I just thought Christianity was a one big judgmental way of life.)

Until I started really reading the Bible... for myself.
And praying.

When you get the freedom of Christ - through reading His Word and praying, and live in that freedom somehow judgmentalism gets less and less.
And your own oughts and shoulds get replaced by freedom.

And you start having answers to prayer.
And you start realizing there's more to this life than stuff, and the internet, and other junk, which can become chains. 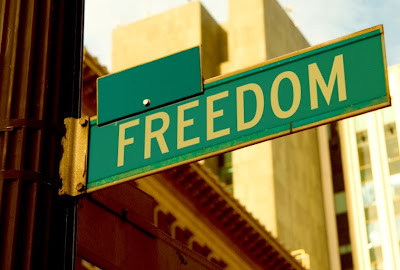 I'm not saying this too well... but I wanted to say basically this: the older I get the more I'm enjoying my faith, and the freedom and release there is in it... and the power of prayer.  Mm.