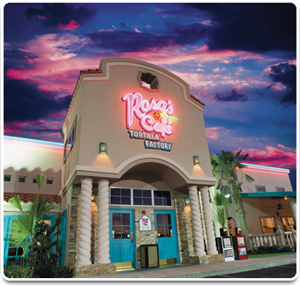 Always before I would order enchiladas or tacos from Rosa's.
Now I'm hooked on their tamales.
We got them for our Christmas breakfast...
and whoa, they were delicious.
------------

2. OU won the Sugar Bowl this week, beating Alabama!!
You probably knew that, but you probably didn't know
(unless you're from Mission, TX)
that one of the coaches at OU is from my hometown! 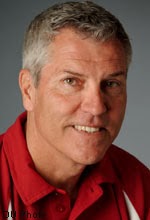 and here he's celebrating the win... 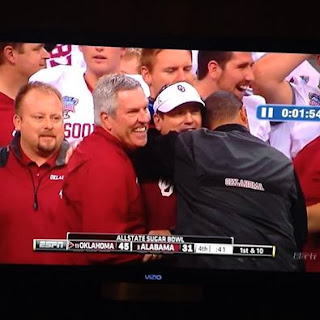 Bobby Jack graduated the year before me at Mission High School.
He may not know this but one of his biggest fans in Mission was my dad.
Daddy would often talk about what great a football player Bobby Jack was.
And he was.

So now you know.

3. Yesterday afternoon Mother hosted a little party at her place.
One of the attendees, Shirley, brought the poem
"The Shooting of Dan McGrew"
to read to the group because it had the phrase
"... the lady that's known as Lou"
and that's the name of this lady (in the middle)
listening to Shirley read the poem. 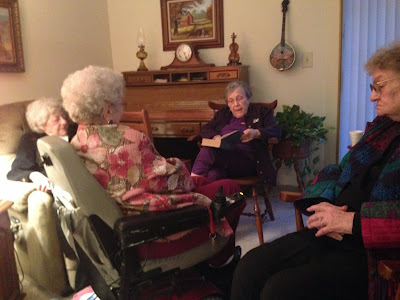 Here's a picture from near the front door.... 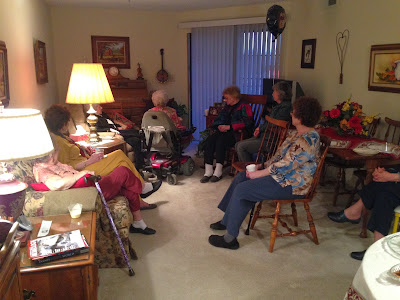 Here's the table of goodies that we ate... 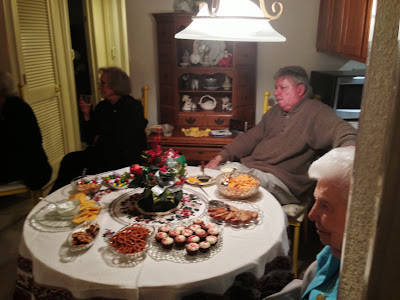 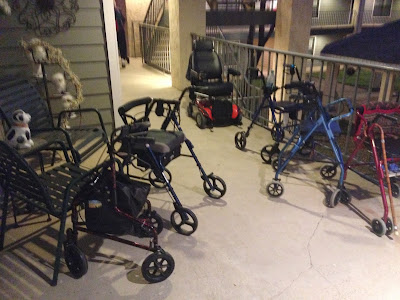 You can tell that it was the happening place to be!

Actually there had been more walkers parked out there,
but their owners had already left the party before I took the picture. 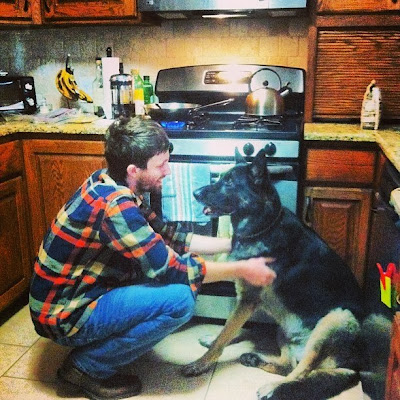 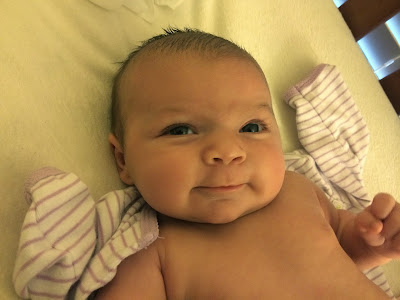 That's my granddaughter, the Princess.

A New Year Prayer For the Elderly

THE SENILITY PRAYER
God, grant me the senility
to forget the people I never liked anyway,
The good fortune to run into the ones that I do,
And the eyesight to tell the difference.
- January 04, 2014