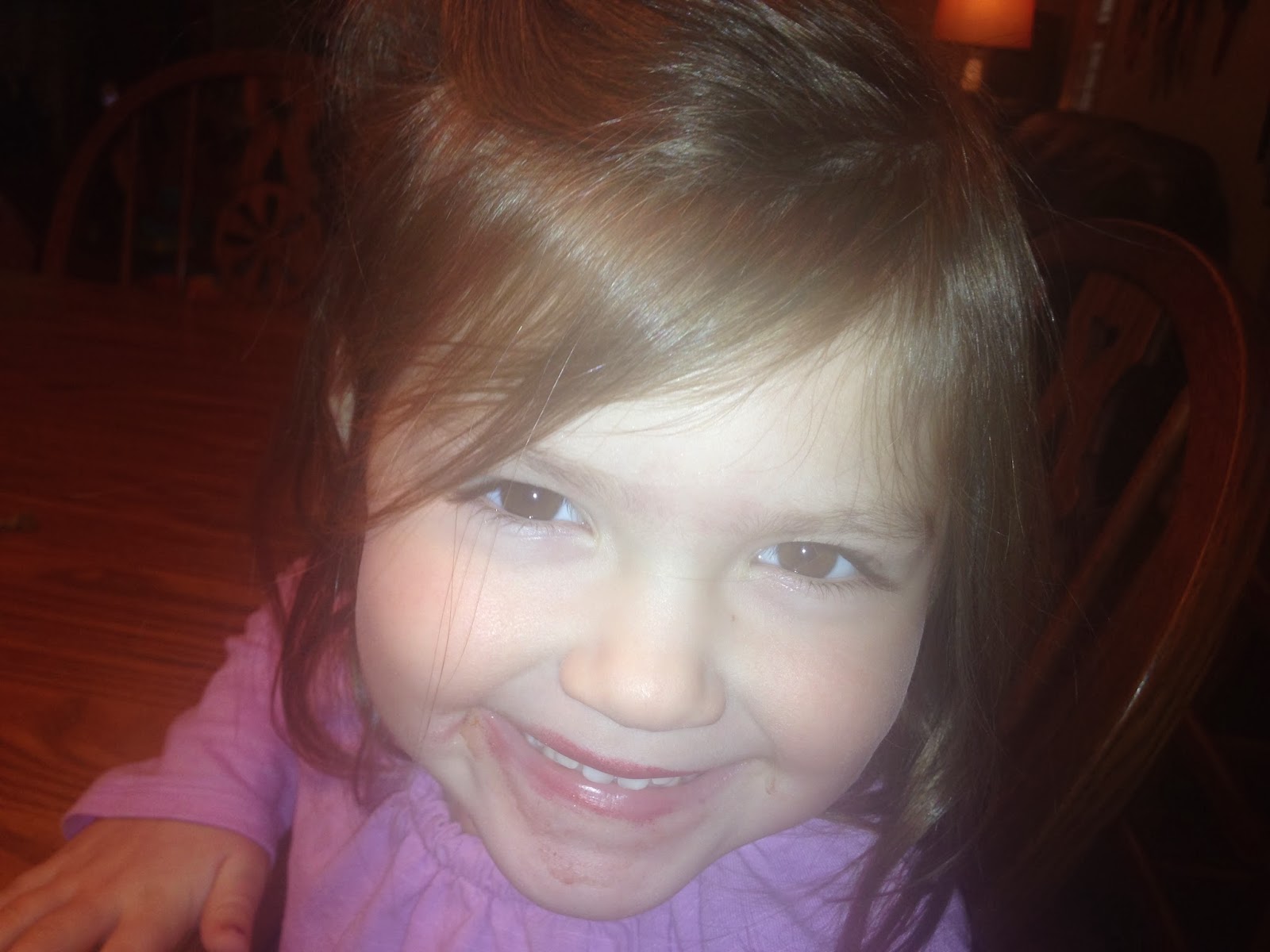 That's Anna, after I put a little lipstick on her lips.
She is a beauty, isn't she?

And here's her brother when I said I wanted to take his picture... And yes, we went to McDonald's today,
but it was one we'd never been to before.
It's the one on the corner of Kimball and 114 in Southlake.
Andrew said it's now his favorite McDonald's.

Andrew and Anna (whom we lovingly call the A-Team)
have an older sister who is losing her teeth!!! 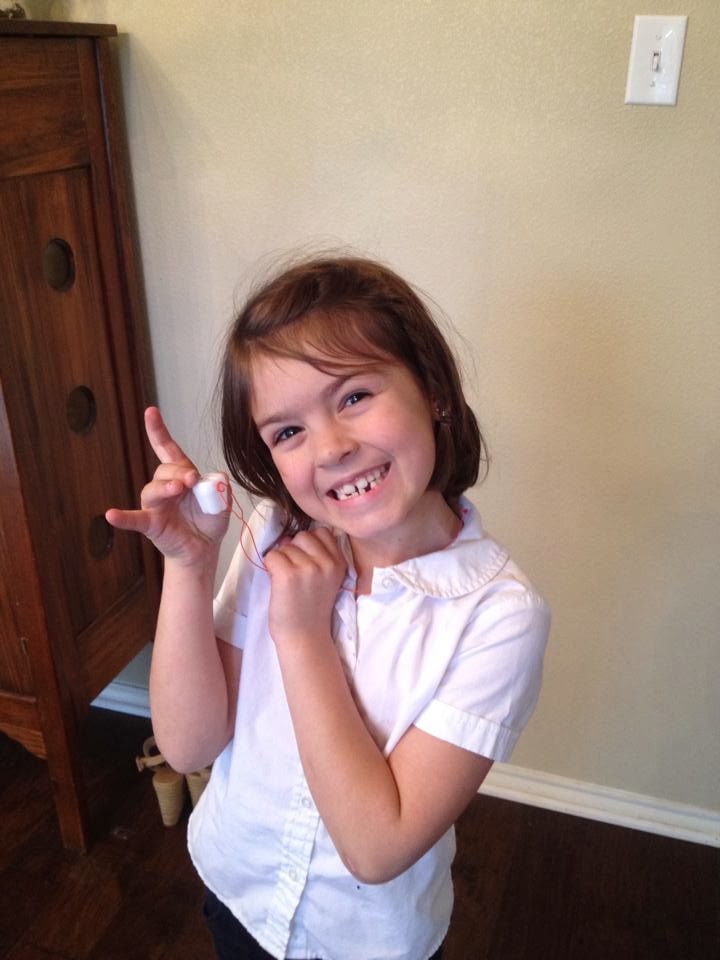 Caroline lost her sixth tooth last week at school!!
Whoa.
(That big tooth that she is holding is a part of a necklace
that holds the tooth she lost.
They give those out to tooth-losers at her school.)

That made me think of something that happened when I was about eleven...
or whenever it was that I was losing my back teeth.

I woke up one morning, after going to bed with a really loose back tooth.
That next morning I felt it floating freely around my mouth.
I reached in and took it out...
and it wasn't the tooth!
It was a green little house from our MONOPOLY game!

I'm serious.
I have never figured that out.
(We hadn't been playing MONOPOLY recently,
much less eating the pieces.)

Do you have something crazy that's happened to you,
that you've never figured out?

I'd love to know about it.