Some lives get lovingly intertwined. 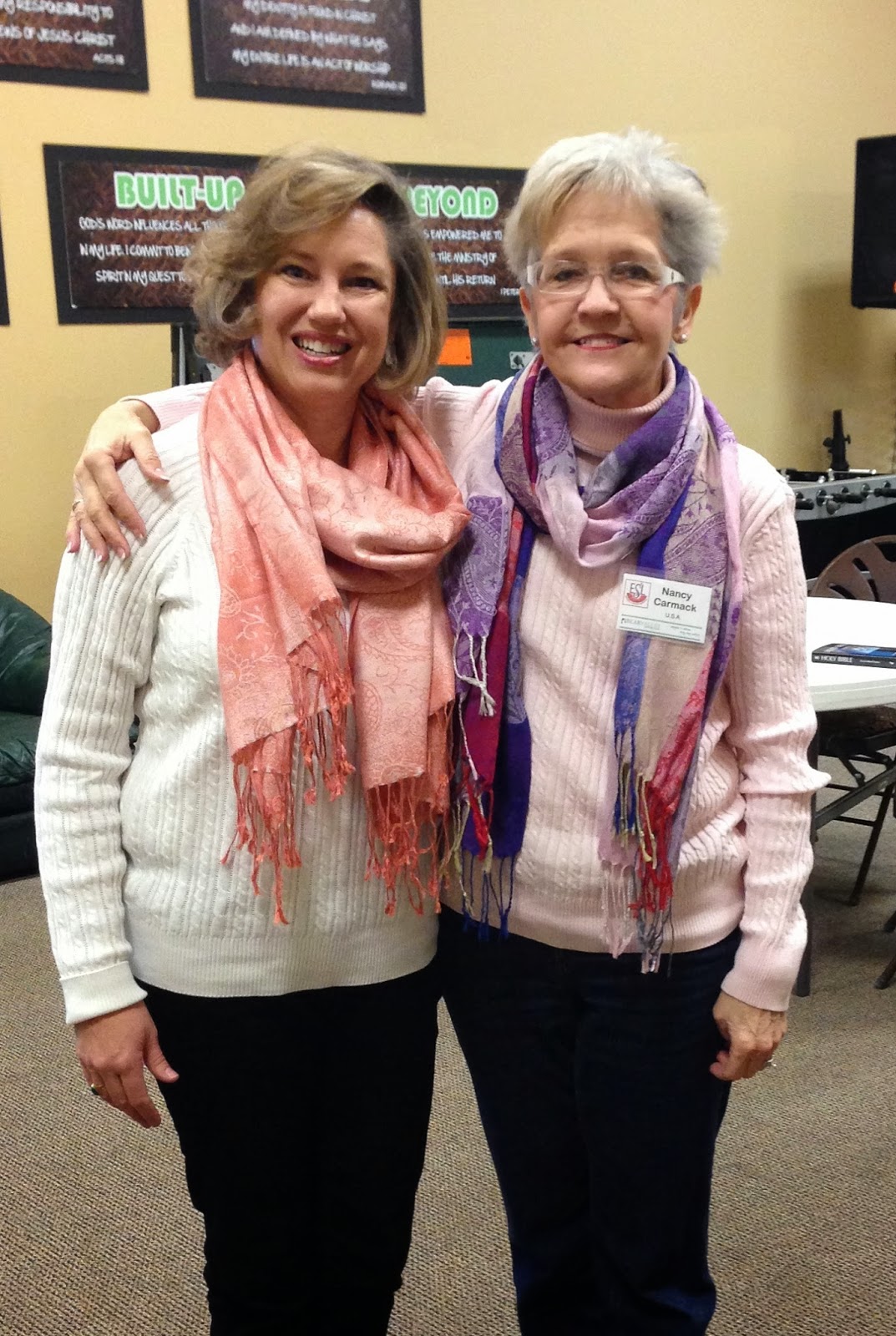 That's Debbie Underwood on the left and me on the right.

I like that picture for several reasons:
1. We both work in the ESL (English as a Second Language) program
at Bear Valley Community Church.

2. We're both wearing the same-type sweater we each bought at Kohl's.
(Hers is white, mine is pink.)

3. We found out we were both wearing very special scarves.
She bought hers on a street in Rome (!).
And my hairdresser gave me mine from her trip to Israel awhile back (!).

4. And finally, Debbie is the daughter the wonderful Dr. Huber Drumwright
who married Sam and me June 17, 1978.

Here is a picture of Sam and me with Dr. Drumwright
and his beautiful wife, Minette.... 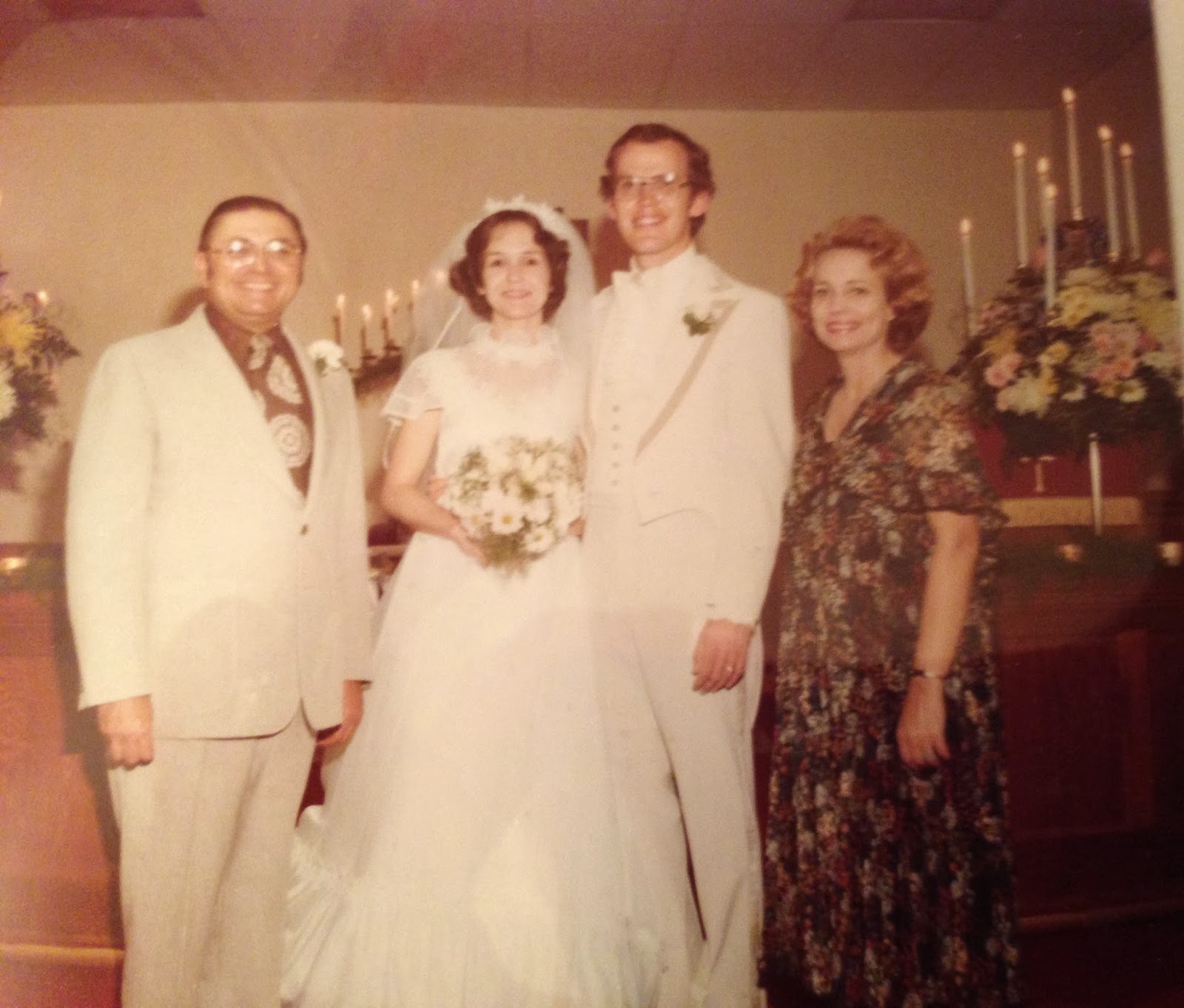 (I had not known the Drumwrights well, but since I had moved from the Rio Grande Valley and didn't have a beloved pastor at the time to marry us, Sam asked his beloved Dr. Drumwright, who was then the Dean of Theology at Southwestern Baptist Theological Seminary, where Sam was a Ph.D student, to marry us.) 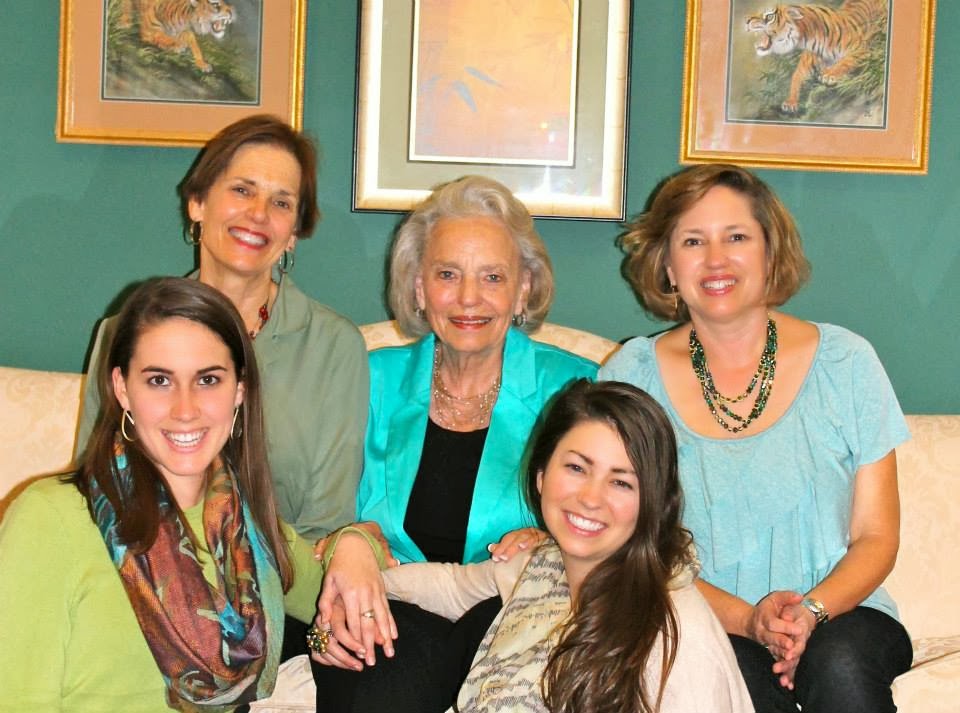 Meme was in my class at Baylor... and was Homecoming Queen her sophomore (or freshman?) year!
And now she is a professor at the University of Texas in Austin... and before that she was a senior lecturer and assistant professor at Harvard!

I always appreciated Meme because though we didn't spend much time at all together at Baylor, she always called me by my name, 'Nancy'!  (So many acquaintances would say, 'Which one are you?' or ' Hi, there.' and not bother to tell Peggy and me apart.)   (Thanks, Meme.)

After Debbie and Meme's dad's untimely death in 1981 their mother, Minette, became very active with the Southern Baptist International Mission Board as assistant to the executive vice president and as director of the Office of International Prayer Strategy, where she launched the board’s PrayerLine.

.
And she authored two books:WHEN MY FAITH FEELS SHALLOW: PURSUING THE DEPTHS OF GOD and THE LIFE THAT PRAYS: REFLECTIONS ON PRAYER AS STRATEGY.

But, yes, I know these people!
And our lives have become intertwined through the years!

Oh, and here's another picture I'm stealing from FB.... 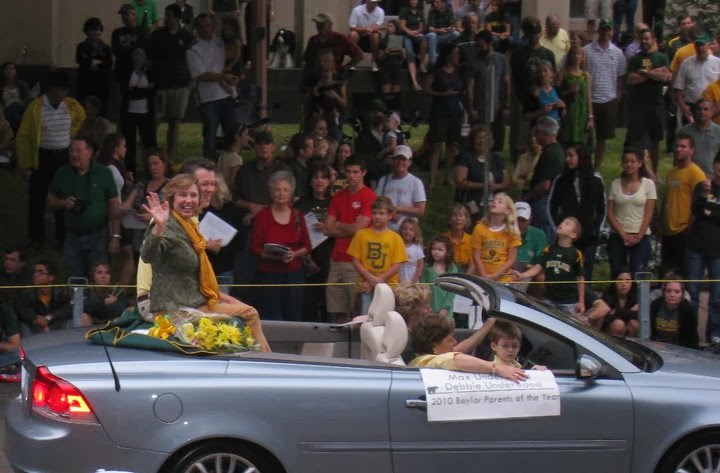 That's Debbie and her husband, Max Underwood...
as they were Baylor Parents of the Year in 2010!!!

Yes, I know these special people!
And I love them!