Saturday night was super fun, as I blogged on my last post called "Family Affair". 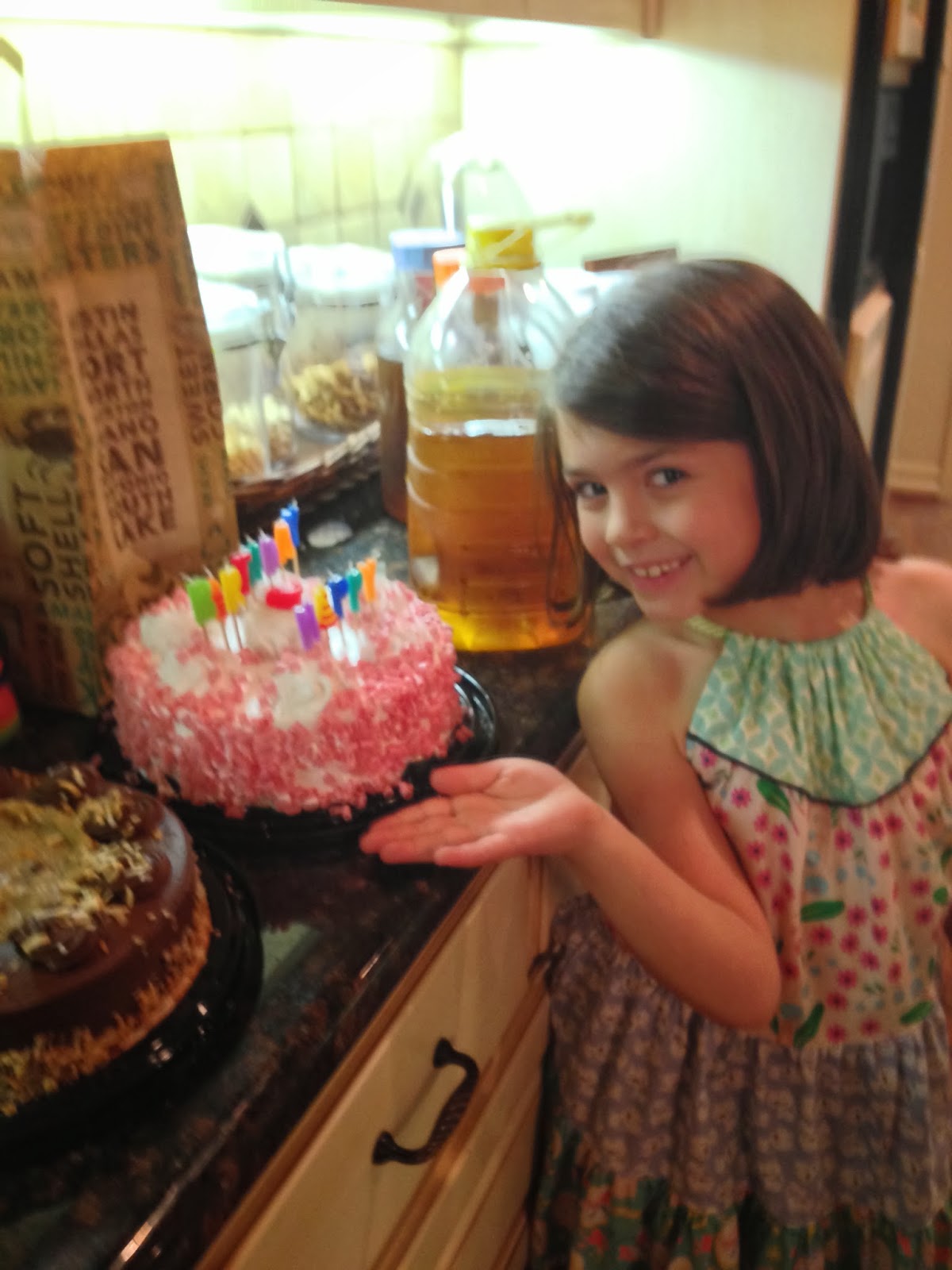 What a dear she is...
always wanting to help in every way she can.

In this next picture you can see someone who's sleeping (on the far left).... 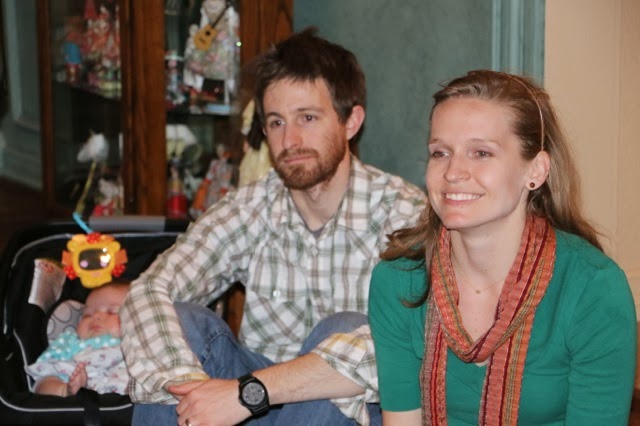 ... and someone who is needing some sleep (center).
Handsome Ryan looks tired here because he WAS tired...
and almost didn't come Saturday.
(He's getting ready for a big medical trip to Ethiopia this Friday.)
(I'll blog more on that later this week).

Now here are some more people that I love... 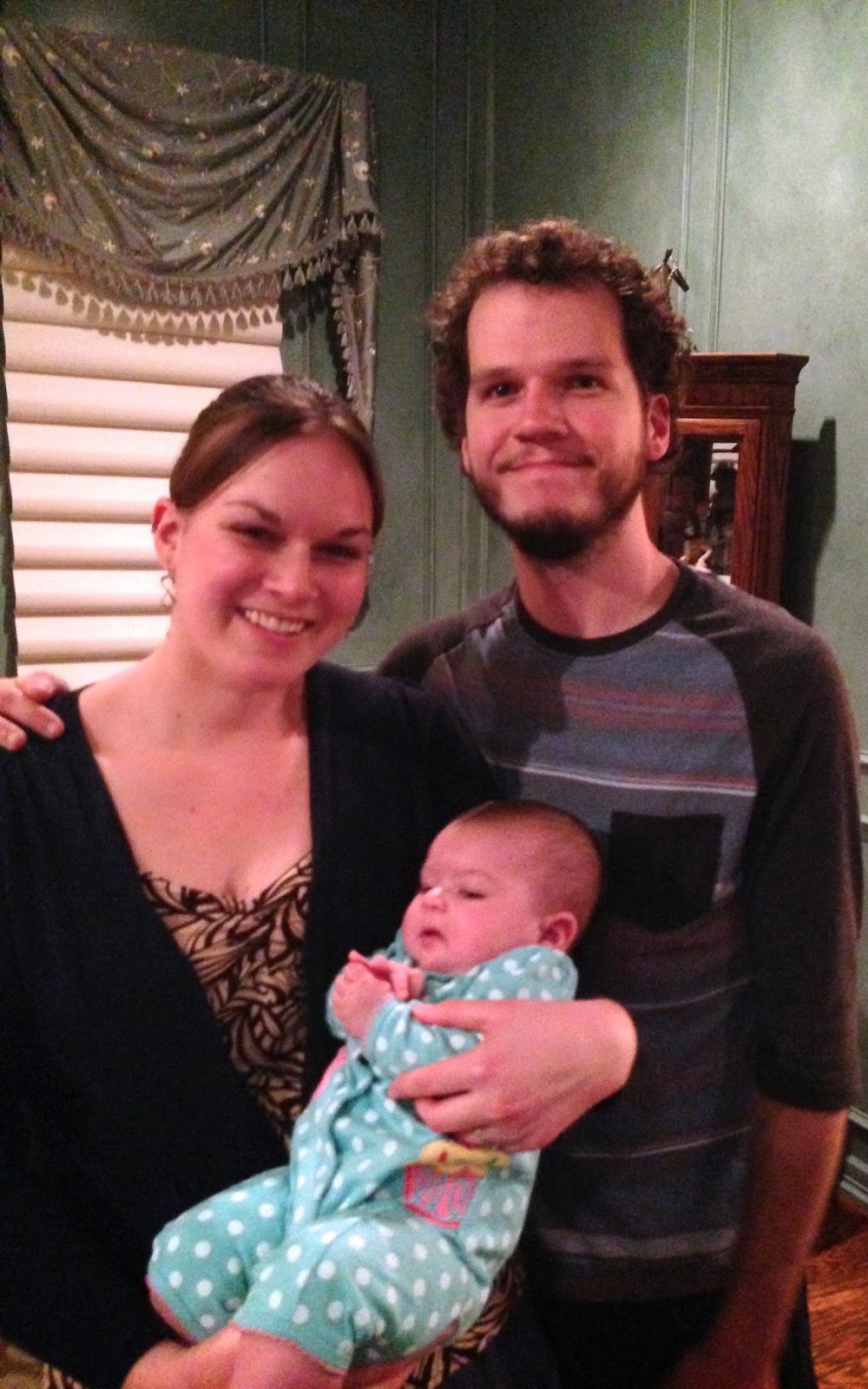 I didn't get to hold Nell enough Saturday night,
so I'm going to remedy that soon.

And here's a final (wonderful) picture I'll show you today.... 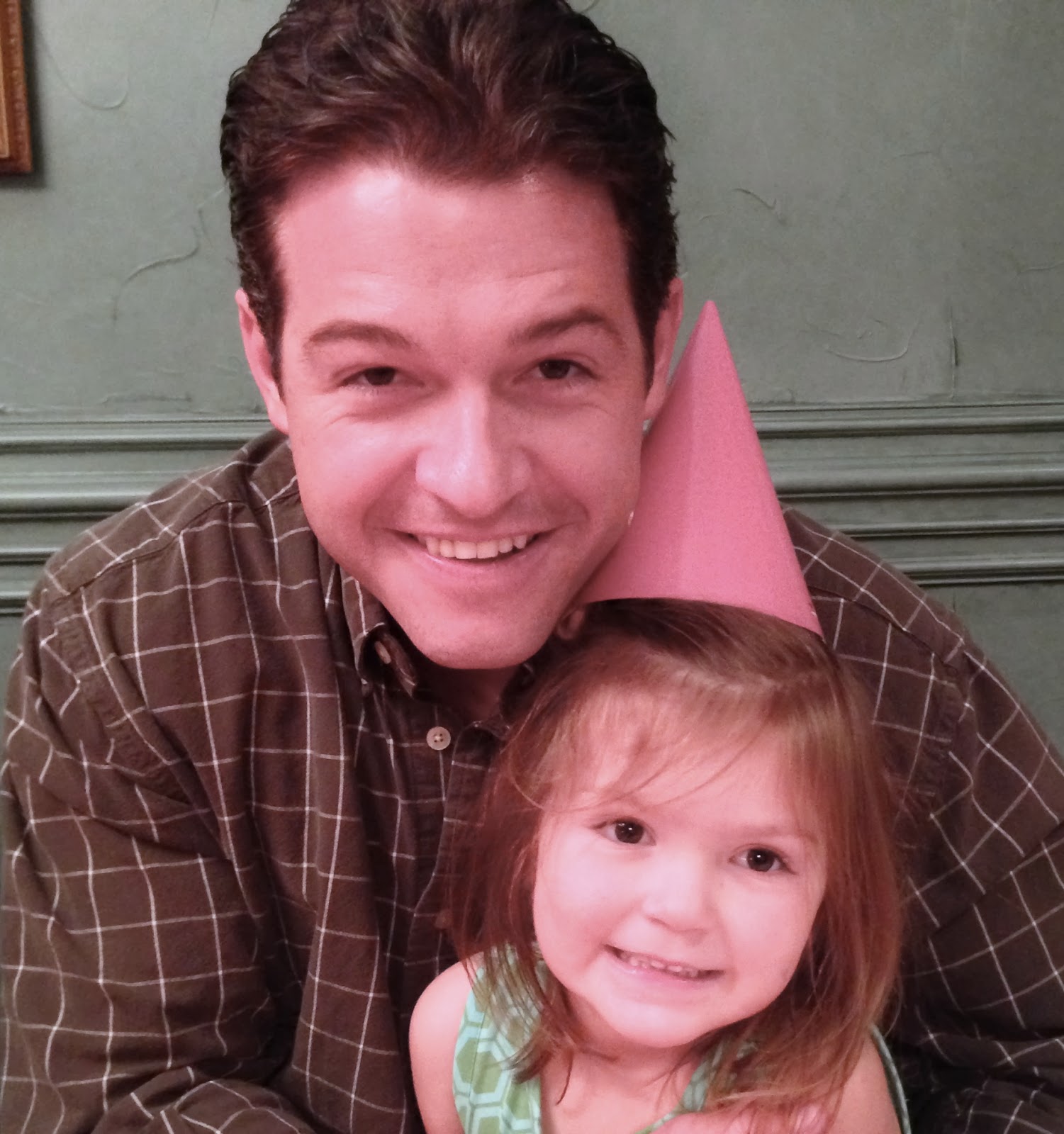 That's Anna with her Uncle Cap.
Isn't that great?!
I love it.
And I love them.

I'll keep a few more pics for later.... plus my pot roast recipe,
and how Shiloh has earned some frowns.

But for now, I'll leave you with another snippet about Peggy and me,
and how it confirmed that maybe we did look a little bit alike.

This was during our junior year at Baylor...

One morning I got a phone call from a nice fella named Dan*.  Without any small-talk or a 'how-do-you-do' he said he’d pick me up right at 7 o'clock.   Then he immediately said, "Oh, I've gotta go. Good-bye." And he hung up.

He didn’t say where we were going, or what day of the week we’d be going, or anything else.

He didn't even ask me out! He just announced he'd pick me up at seven.
The nerve.
It really disappointed me in him.

Later that day I saw Peggy and she told me she had a date with Dan to a play at the Baylor theater.

Peggy looked at me, then rolled her eyes.  "Hmm.  He told me he was going to call me to tell me exactly when he was picking me up tonight.  Do you think maybe he thought I was you?"

It seems as if he’d met Peggy in the student union building earlier in the week and asked her to go to the play.....

So Peggy went on the date.

We told no one else (not even him), so he wouldn't be embarrassed.

(And it's a good thing that I didn't have my heart set on going out with him!)

*His name has been changed to protect his identity.

(Peggy and I lived clear across campus,
so she must have come over to my dorm to meet him.
(I forget the details.)
(Surely she told him she was Peggy.)

That's the snippet for now.

That funny (the Peggy story). It's like the opposite of daddy's twin prank

And here I thought Dan was trying to have a date with both of you!

Sara, I thought about going with Peggy. And maybe that's what Dan did want!

And Laura, it IS like the opposite twin prank of your dad.... which will make a good blog post someday!!!