I've been working on finishing up my book on being a twin, etc. 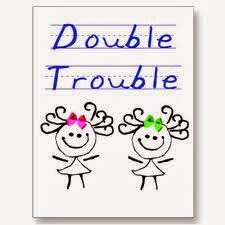 That title of this post ("So what's it like being a twin?") is my first sentence (well, question) in my book.
And actually I didn't know exactly what it was like to be a twin, until my little boy went to his first day of kindergarten.
Seriously.
That's when it dawned on me - the true value of being (and having) a twin!

Will was alone!  He didn't have a comrade, a companion, a partner, another self.
He had to go into that kindergarten room all by himself. (Well, he was with his mother, but I had to leave at some point.)
(I remember the ache I felt for him.)

Ah, but he did make it through without a twin..... 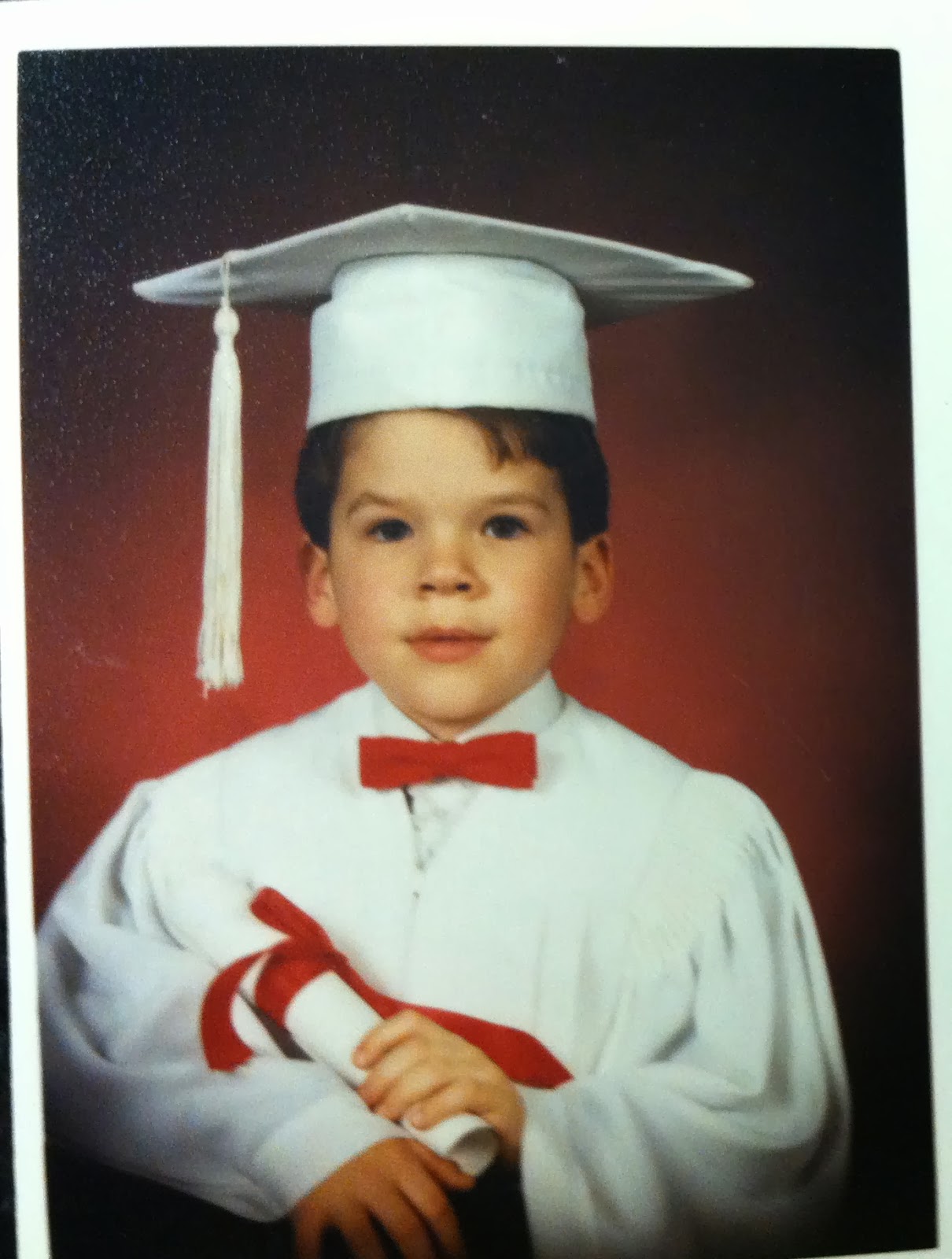 Is that not a precious picture?

Speaking of pictures...
I found some old ones yesterday that I really like...

Here Peggy and I were the flower girl and ring bearer in our Aunt Helen's wedding.... 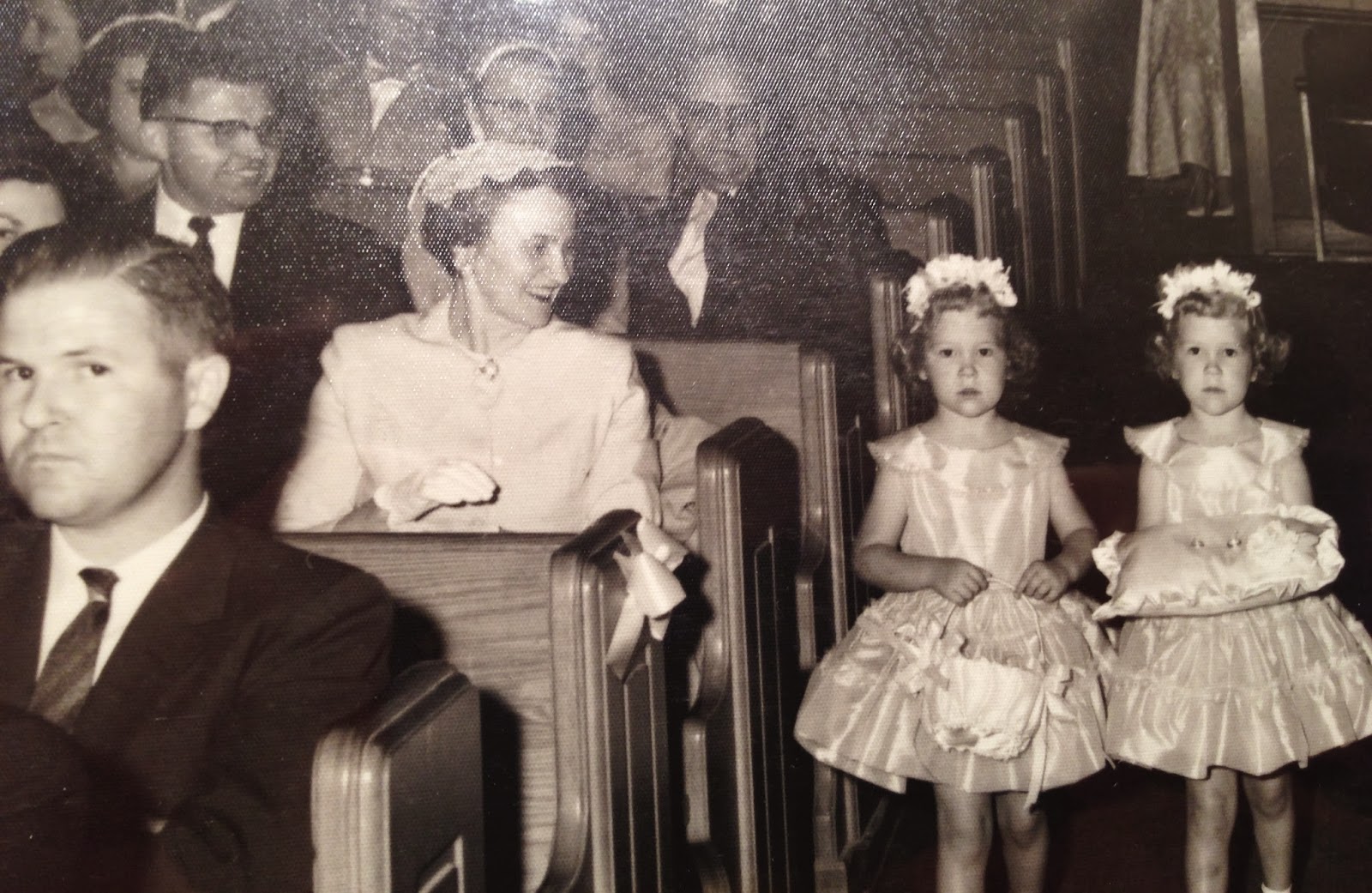 Notice the handsome man on the left.
I'm thinking he was getting ready to turn around and give a big smile to his daughters.
(Clearly we needed his smile.)
:)

And here's a picture of much later, when we were singing together in the eighties.. 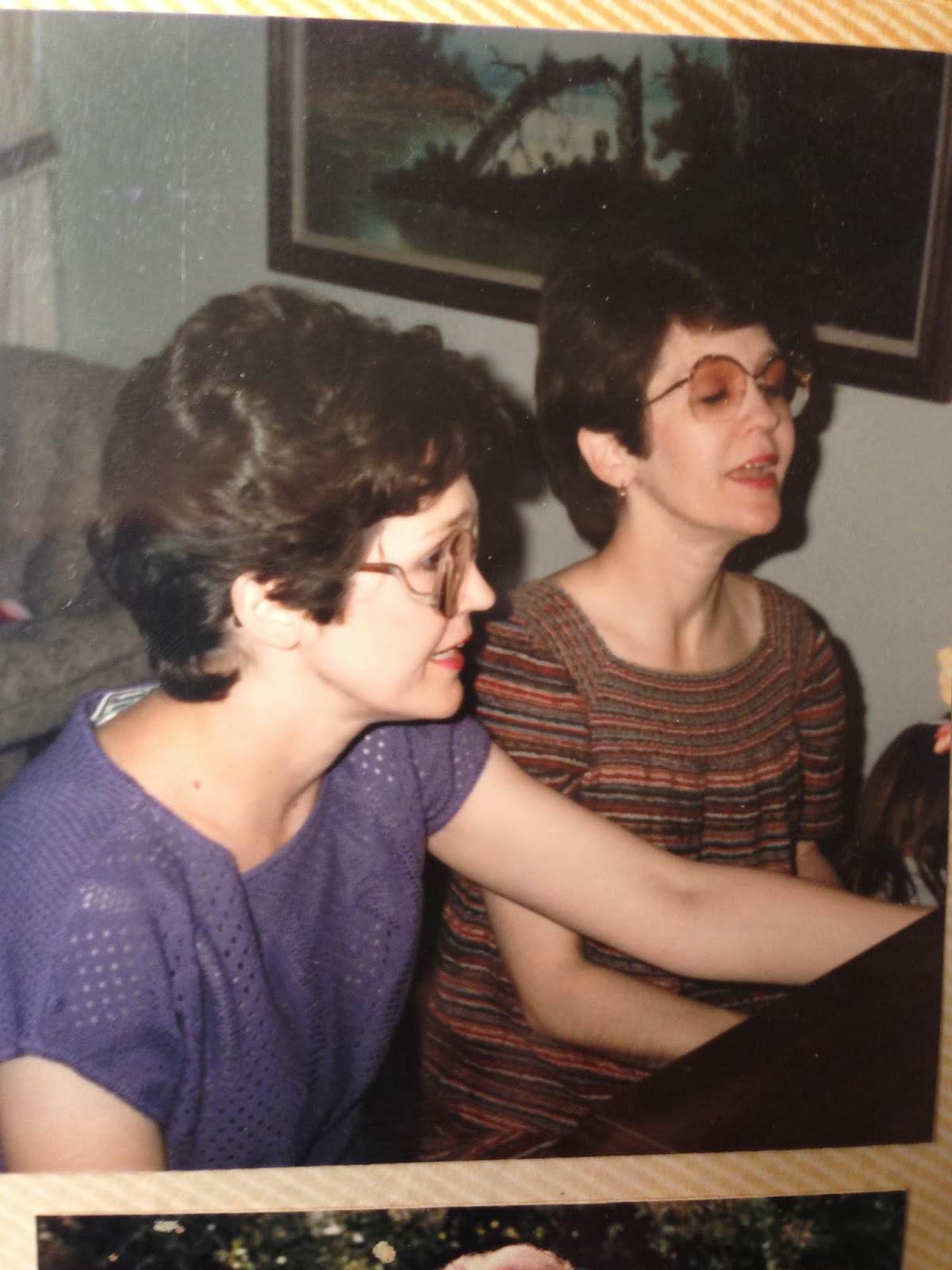 Peggy's and my voice were identical,
which meant we sounded harmoniously when we sang together.
(I so miss that.)

That above picture is kind of amateurish .....
and here is another amateurish one...
that I absolutely love. 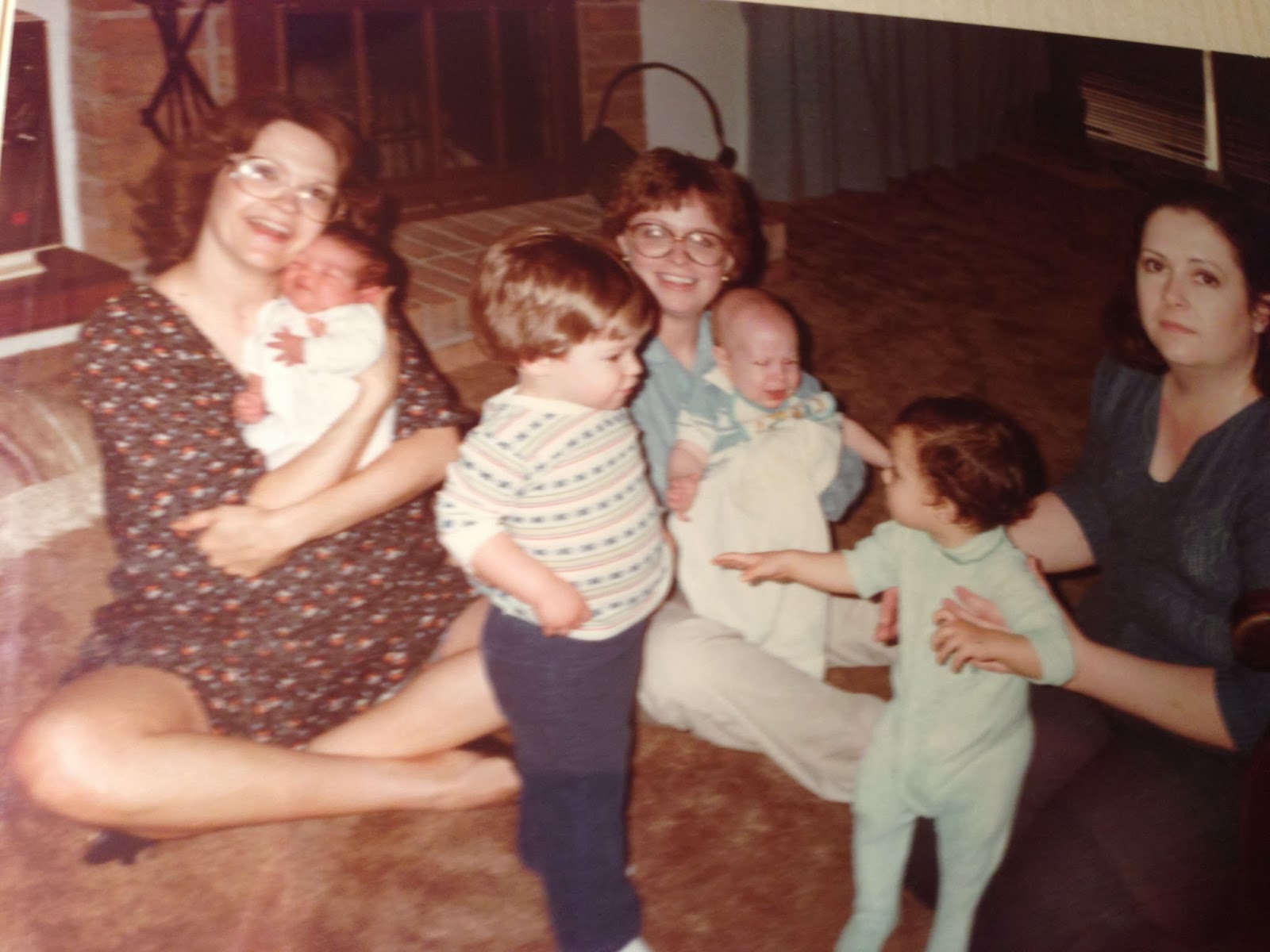 That's Peggy on the left. She had just had baby Elizabeth.
Notice how thrilled Peggy is.
She loved her children like no other mother loved her children.
(Course I love my children.)
Oh, and that's Elizabeth's big brother, Cap, looking at his cousin Maggie.
Yes, that picture is blurry and not perfect,
but Peggy's love shows through.
Mm.
Mm.

-------
In closing....
I wrote a blog post recently about having an identity crisis in the third grade.
Well, I was looking through those old pictures yesterday
and I found that third grade picture, that contributed to my identity crisis!! 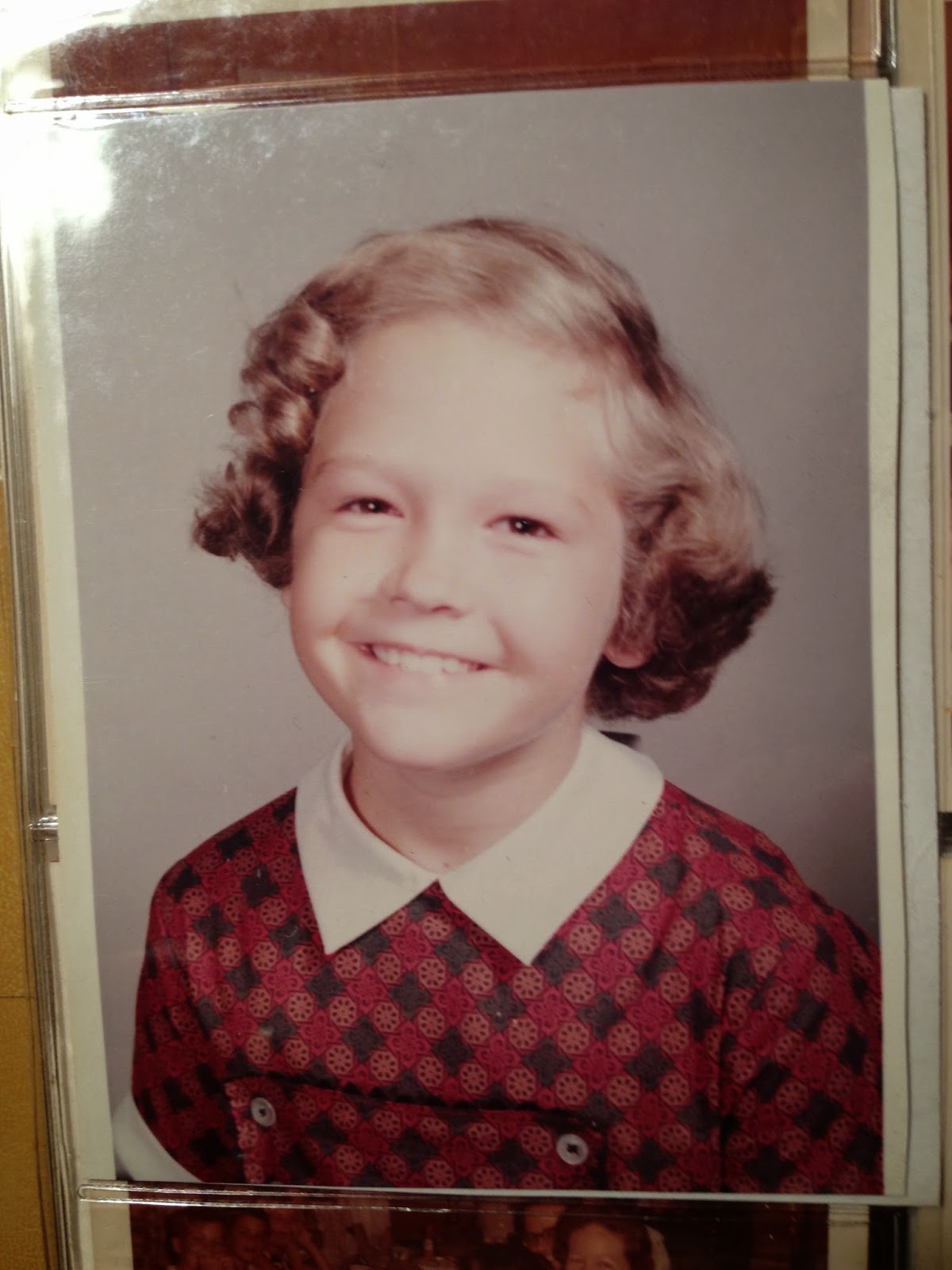 Clearly that is not me I.
I had been wearing a brown dress like that.
(I think I've recovered now.)


So yes, I've been working on finishing the Peggy-book.

It's been a rich time for me.
I feel closer to her than ever.

And am looking forward to singing duets together with her in heaven.
(but not any time soon, of course)

I really love this post. Thank you for writing it...

These are such fun pictures! I wish I could have heard you and Peggy sing together - what a neat skill to share!! I love reading about your life as a twin... :)

Thanks Elizabeth and Sara for your comments. I love them.