Well, last fall Sam read about what we've been doing to Shiloh...
and how it's not right!

The animal shelter called him a  'Husky-Mix'...
and well, even if we didn't know that,
we'd know that he was made for colder temperatures than Texas has.
Surely we'd want him to be comfortable in our summer heat.

Our intentions were great.

Then we found out that dogs don't need their hair cut.
They perspire by panting...not by their skin sweating.


Also, we found out that the older a dog gets,
the slower it takes for him to grow his hair back.
(Shiloh is about 10 years old now.)

Here's a picture I took this morning of his back,
where a patch of hair still hasn't grown in since early last June. 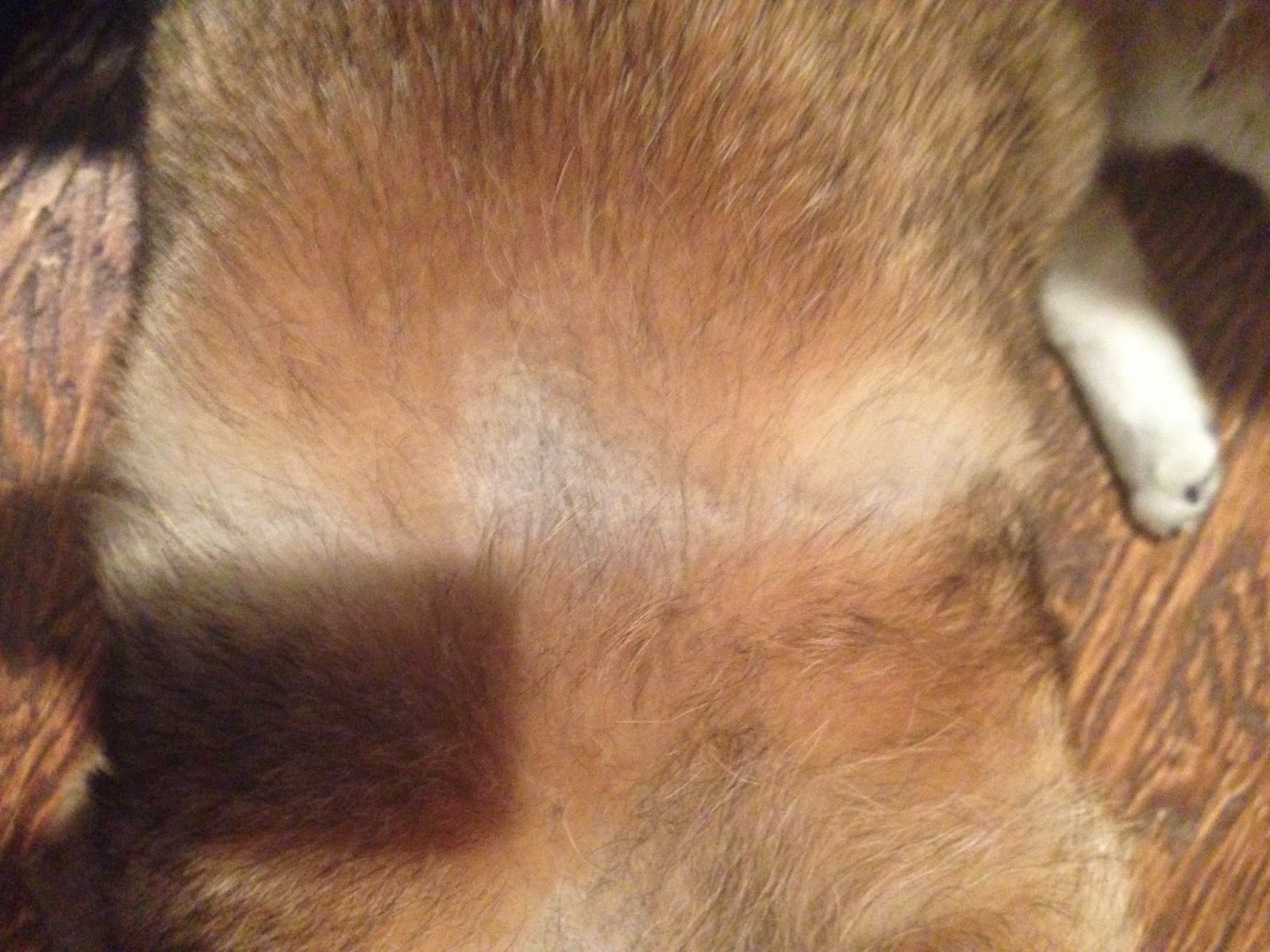 So this summer we're letting Shiloh keep his hair.

And he should be happier.
(He looks pathetic in that second picture.)

In closing, here is some trivia I found about dogs.

The second fact is something new I learned
(and contradicts something I wrote earlier).

1. The most popular name for a dog is Max.

2. Contrary to popular belief, dogs do not sweat by salivating.
They sweat through the pads of their feet.
(Oh!)

3. An estimated 1 million dogs in the United States
have been named the primary beneficiary in their owner's will.

4.The dachshund is one of the oldest dog breeds in history
(dating back to ancient Egypt).
The name comes from one of its earliest uses - hunting badgers.
In German, Dachs means "badger," Hund is "hound."

5. Scientists have discovered that dogs
can smell the presence of cancer in humans.

6. The name of the dog from "The Grinch Who Stole Christmas" is Max.

7.Chihuahuas are named for the region of Mexico
where they were first discovered in the mid-19th century.

8. Most pet owners (96 percent) say their pet makes them smile
more than once a day.

Oh how I can identify with you. We adore Scout. He showed up at our door one cold cold day in 2009. We tried to ignore him, but how can you ignore a 12 pound terrier shivering in the cold! So glad we took him in. Actually, the house is now in his name. He does, however, allow us to live here, for which we are grateful. He has asked us to now call him King Scout.

(Our dogs are lucky to have us.)
(And vice versa)