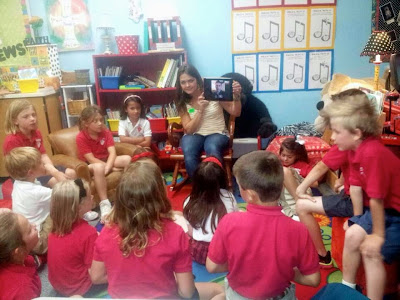 Yesterday my dear niece Elizabeth posted that above picture on Facebook
with these words....
Caroline's 1st grade class prayed daily all year
for our brother-in-law Dustin George
while he was deployed to Afghanistan.
On Good Friday, he came home safely
and was reunited with his family!
So today, her entire class got to FaceTime him and see him
and put a face with a name.
It was so special to see.
Love that the kids got to see their answered prayers-
that he was safe, not lonely
and that he would come home safely.

Isn't that wonderful?!
Oh my.
I had to let you know about that.
---------
Oh a different note, my great nephew, Andrew,
graduated from preschool yesterday!! 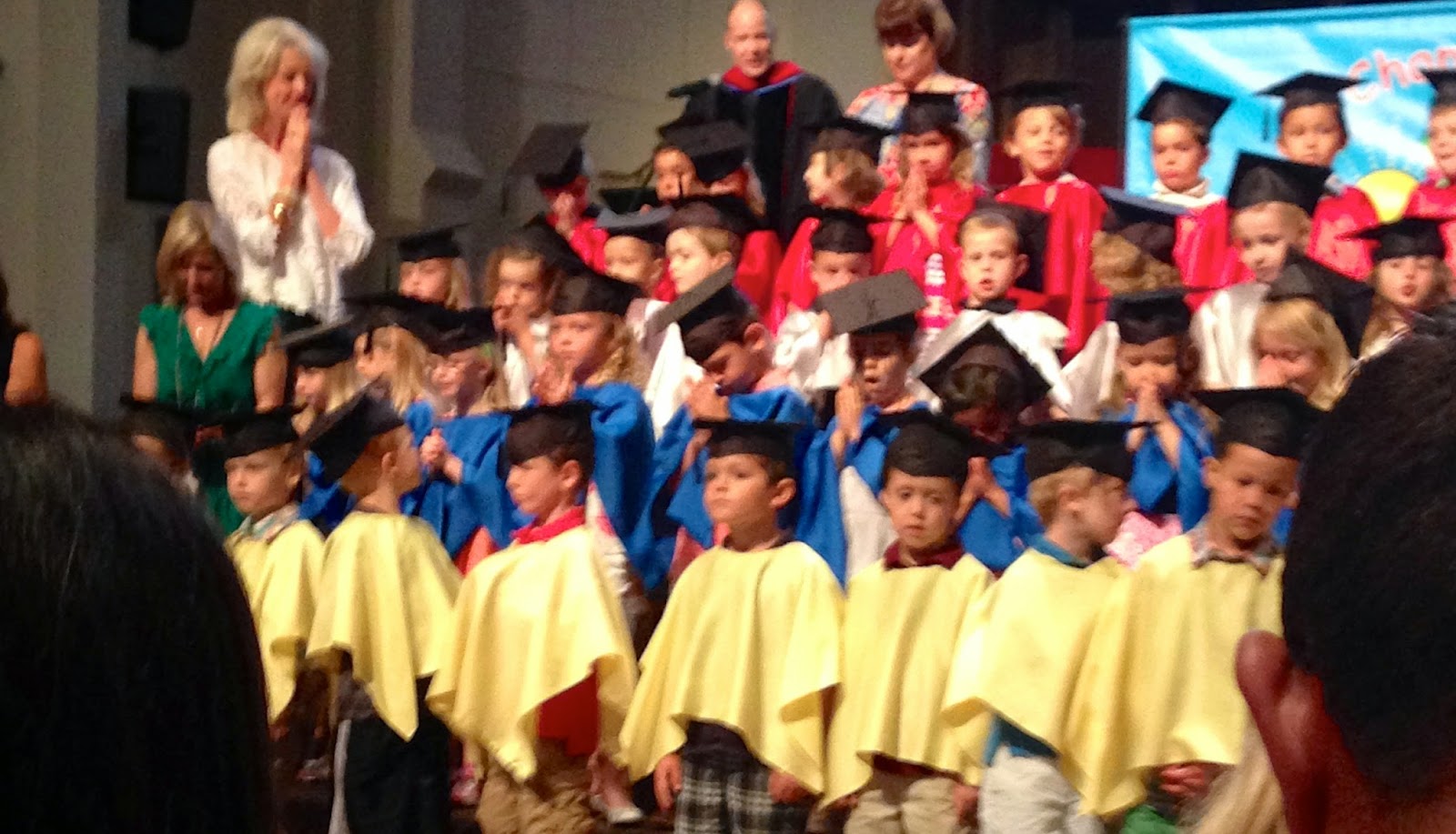 Here he is afterwards with me, his mom, and his Mimi.. 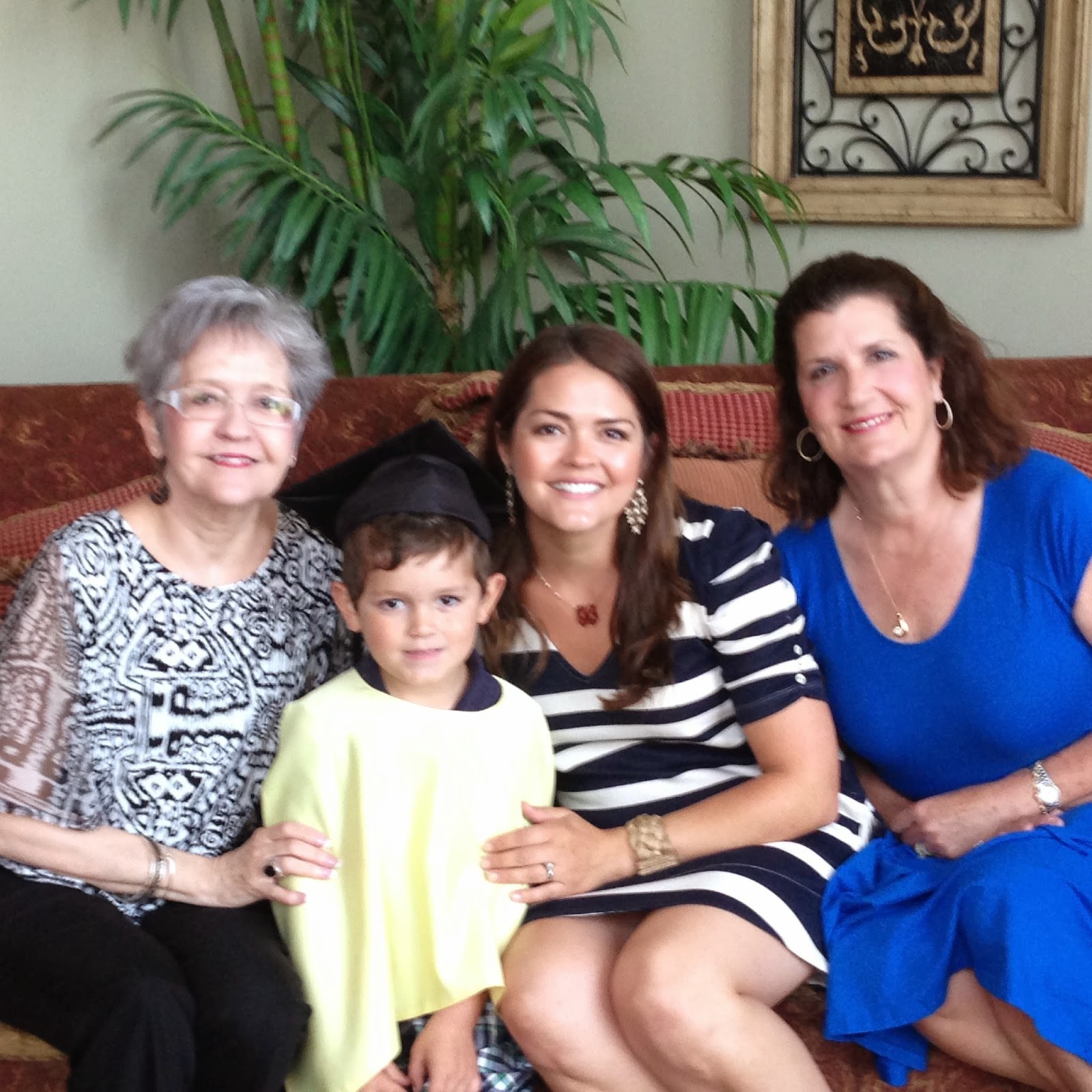 When he was being presented in front of all the family and friends,
his teacher said this,
"Here is Andrew Huffman, son of John and Elizabeth.
His favorite food is pizza.
What he likes to do to play is to run around.
And when he grows up he wants to be a policeman."

Whoa!
So now we know!

Every graduate's favorite food and toy and future profession were announced.
It was most interesting.
Two little girls wanted to be mermaids when they grew up.
Several graduates wanted to be cowboys, or cowgirls.
There was one who wanted to be a plastic surgeon.

I think Andrew was the only one who wanted to be a policeman.

Most of the grads liked pizza or mac 'n cheese, but one boy liked steak.

It was a fun graduation ceremony.

Oh, and here's Andrew being congratulated and loved on by his dear mom..... 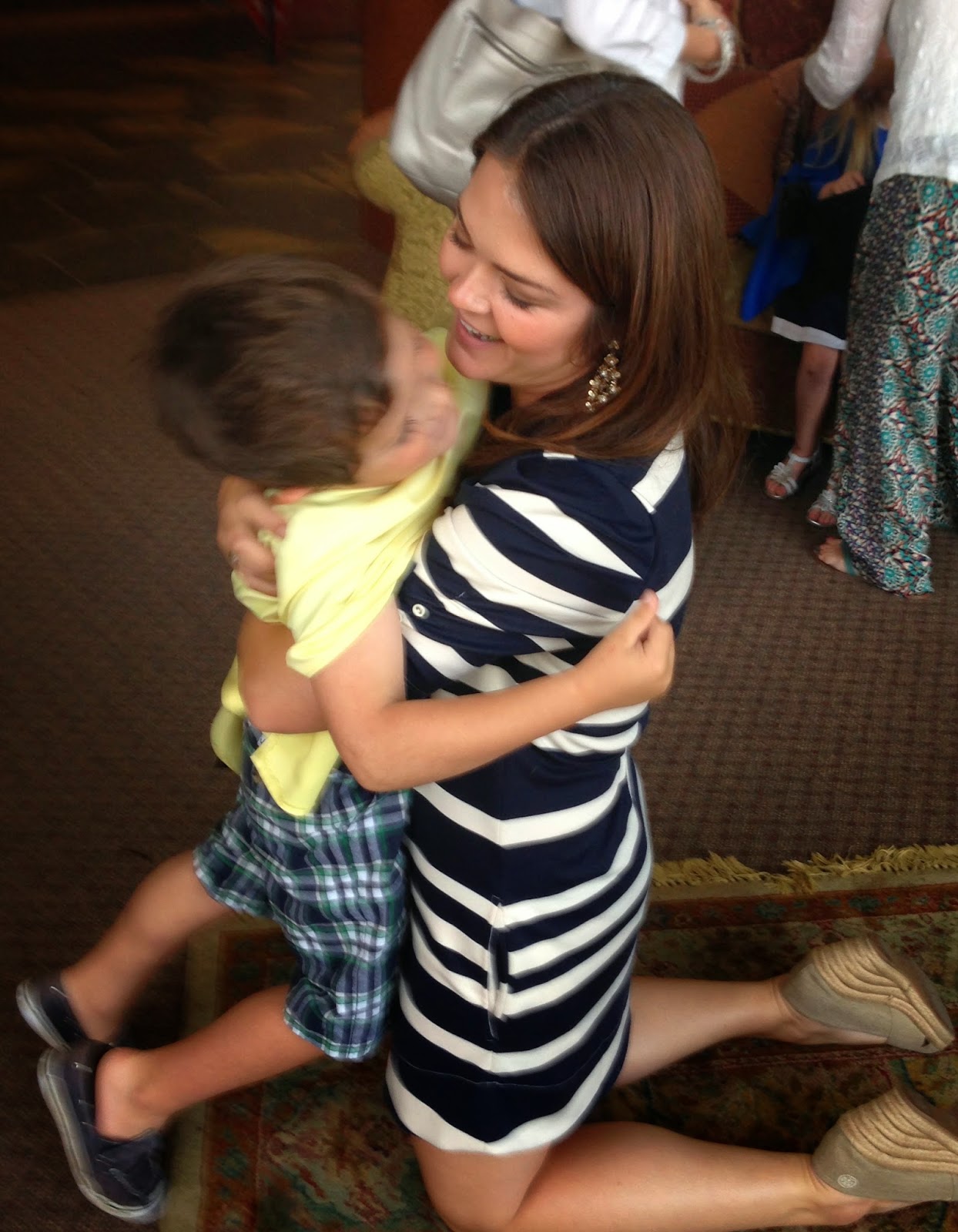 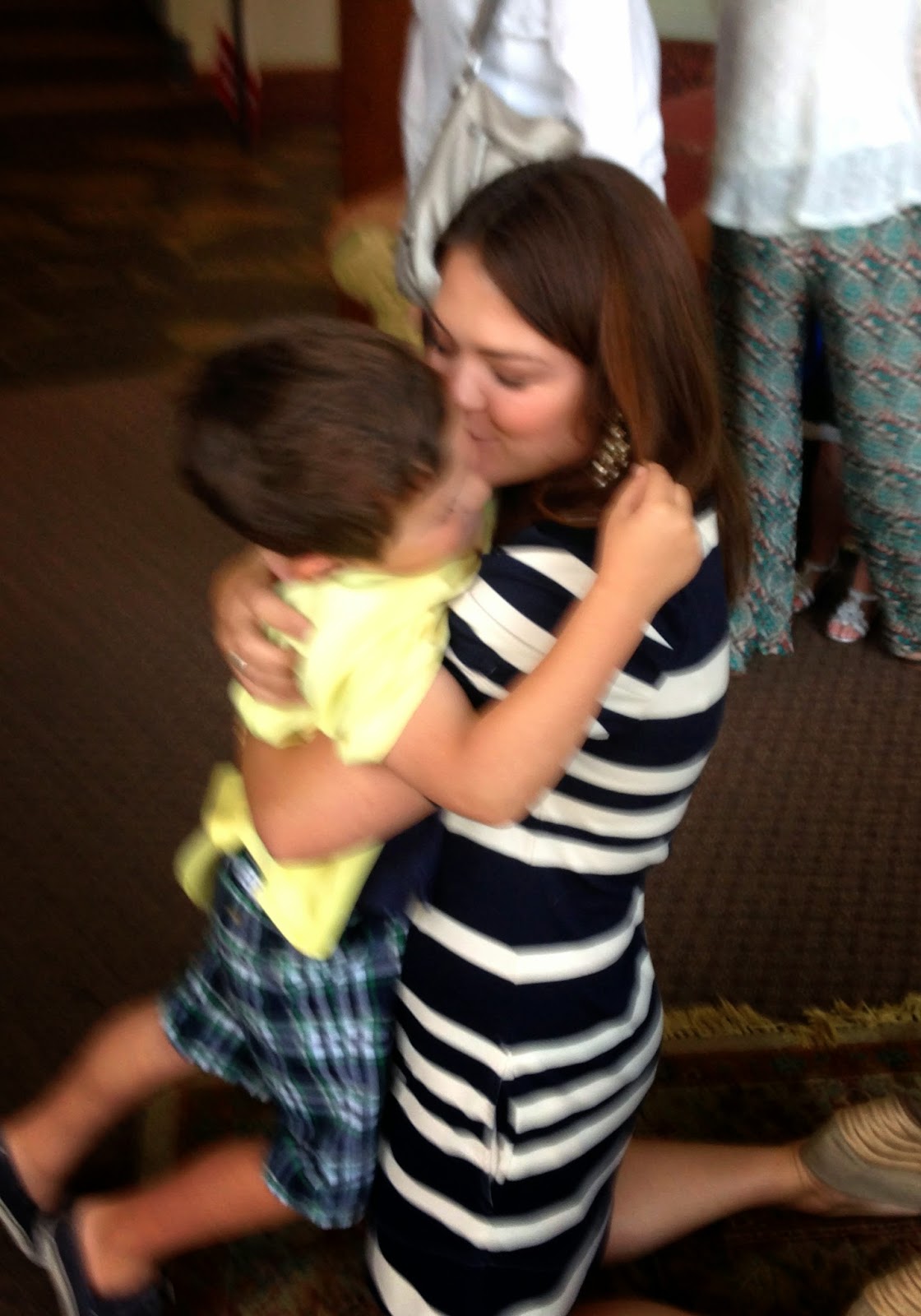 On a different note, my granddaughter Nell has reached a milestone.... 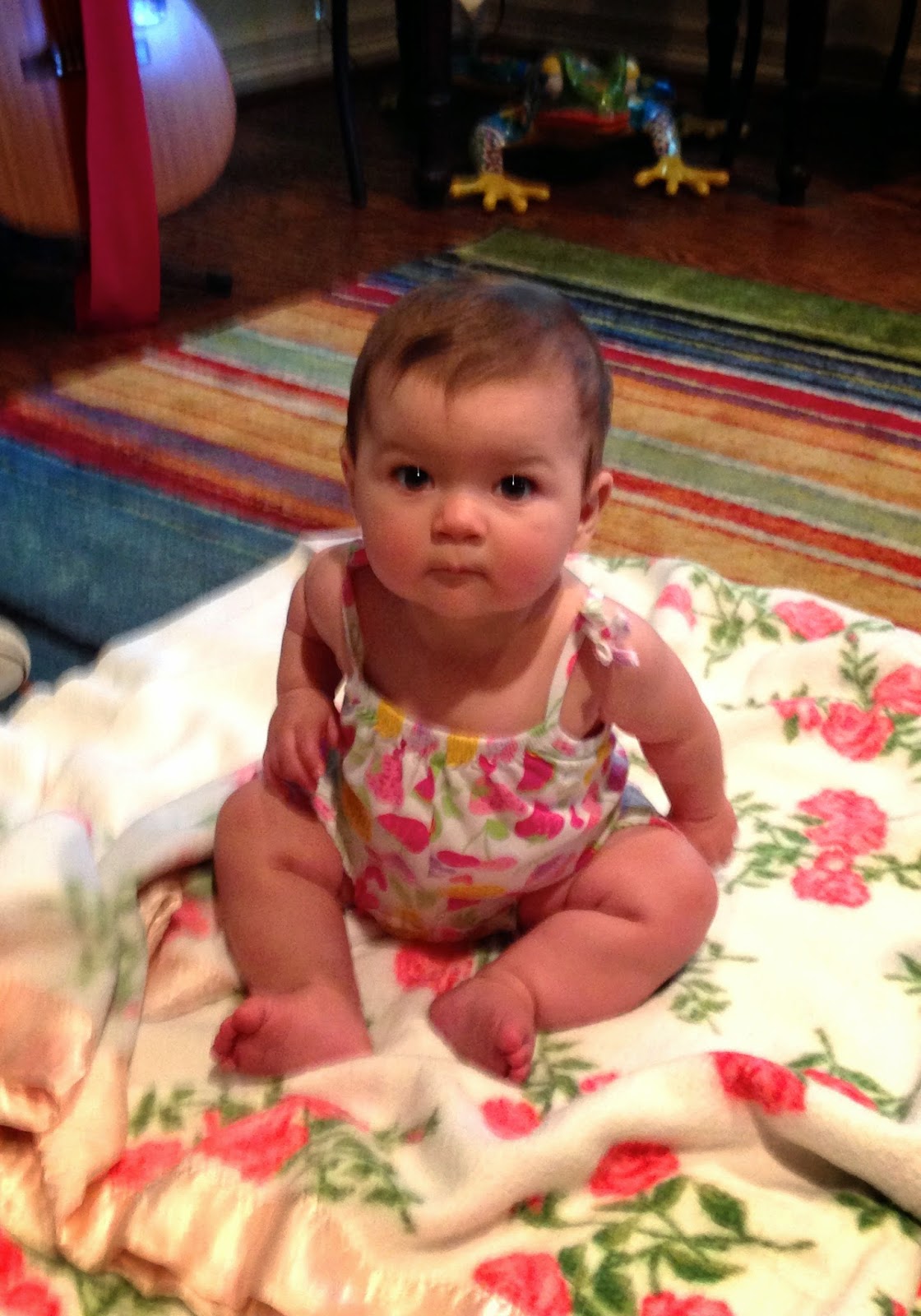 She can sit up!

And our dog has reached a milestone, too.... 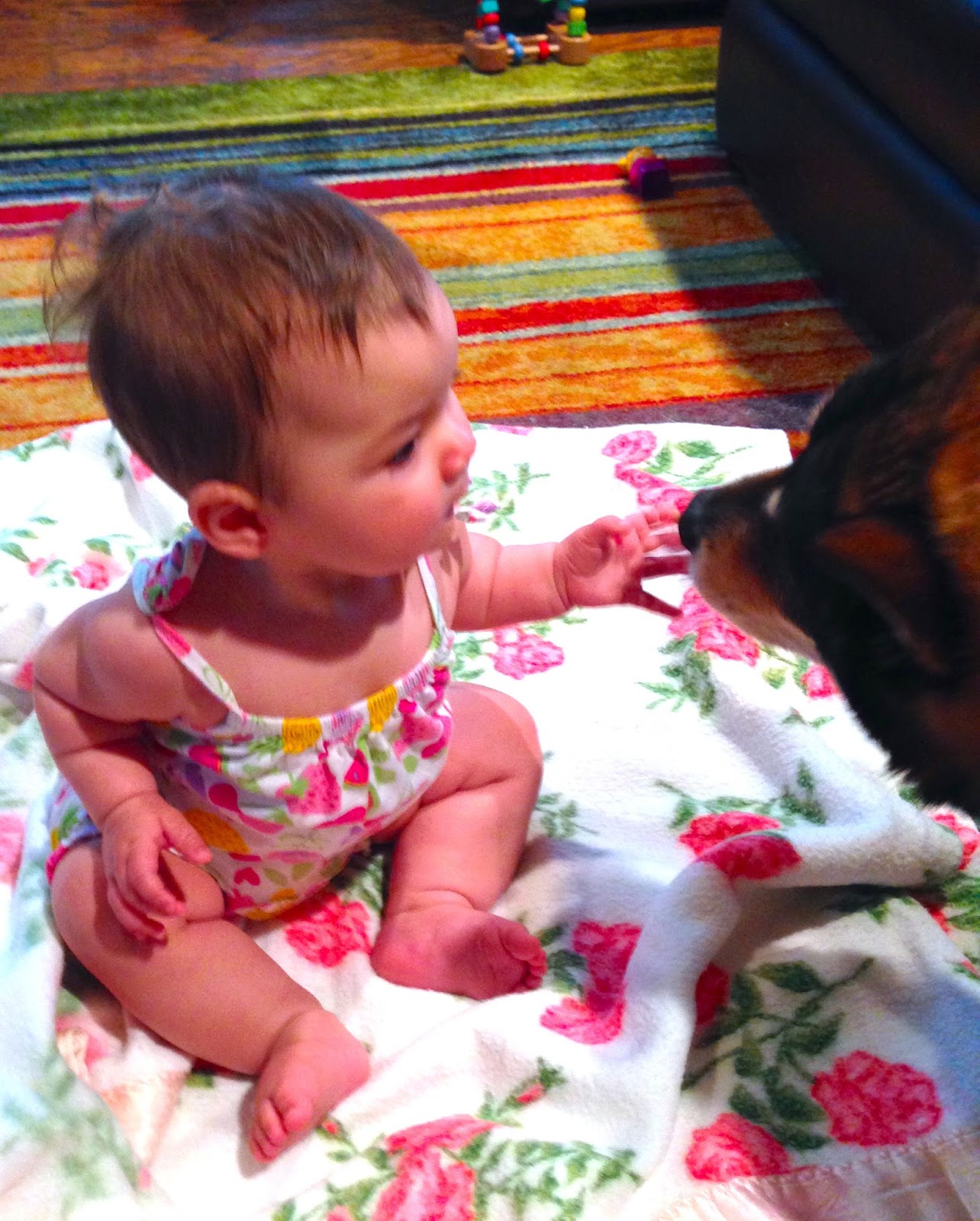 He's learned to be gentle with Nell,
and not crazy.
(Of course, please know that we never leave him alone with her - EVER!)
(As human as Shiloh is, he's still a dog.)

On still a different note, I've finally finished the writing part of my Peggy-book.
(I could have gone and on- but I finally had to call it quits.)

Now is the formatting and stuff.
Sam (my hubby) and Elizabeth (niece) said they will help with that.

Oh and Mother and Elizabeth and Bailey Jo will proofread.

And I will add pictures.

Here are two that for some reason I really, really like..... 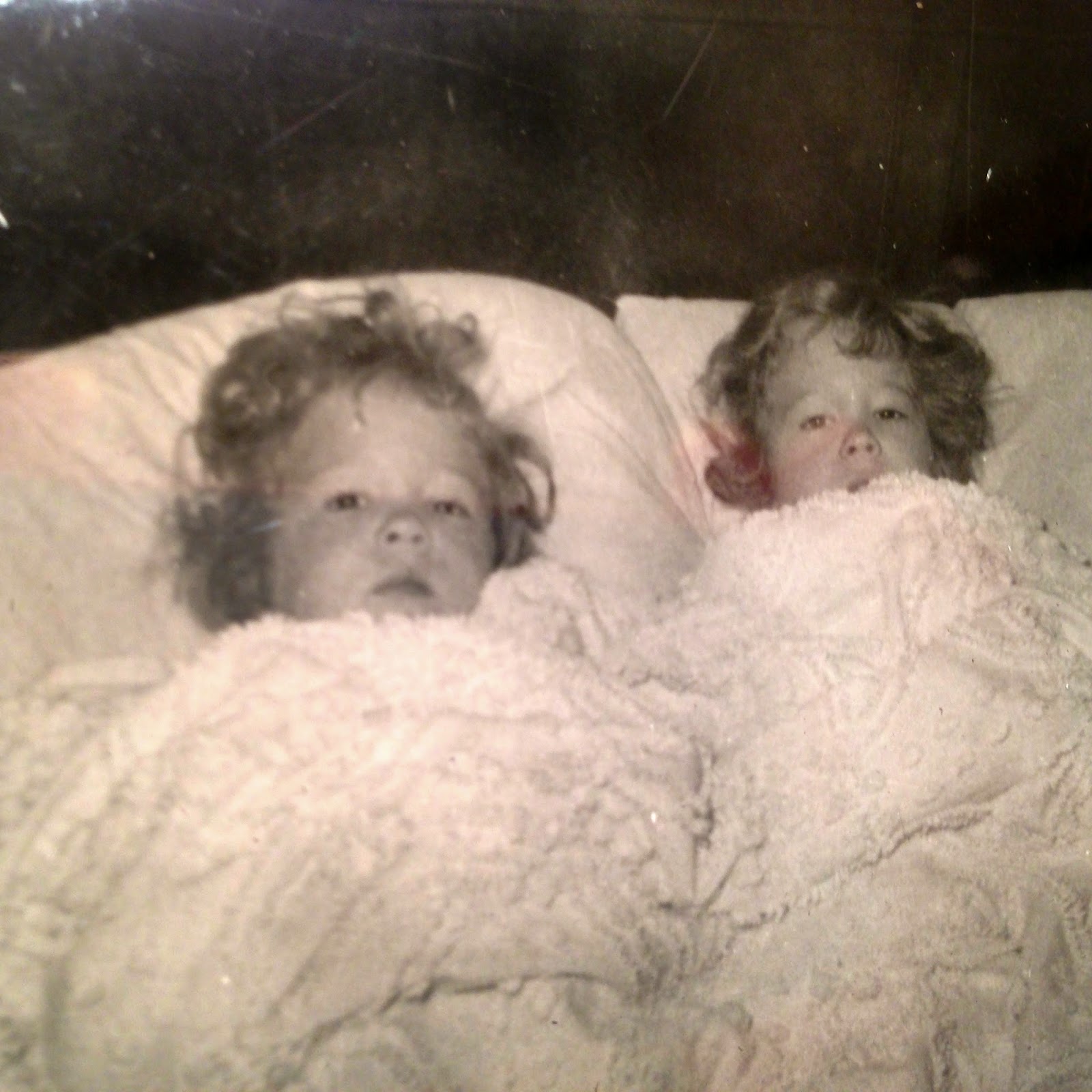 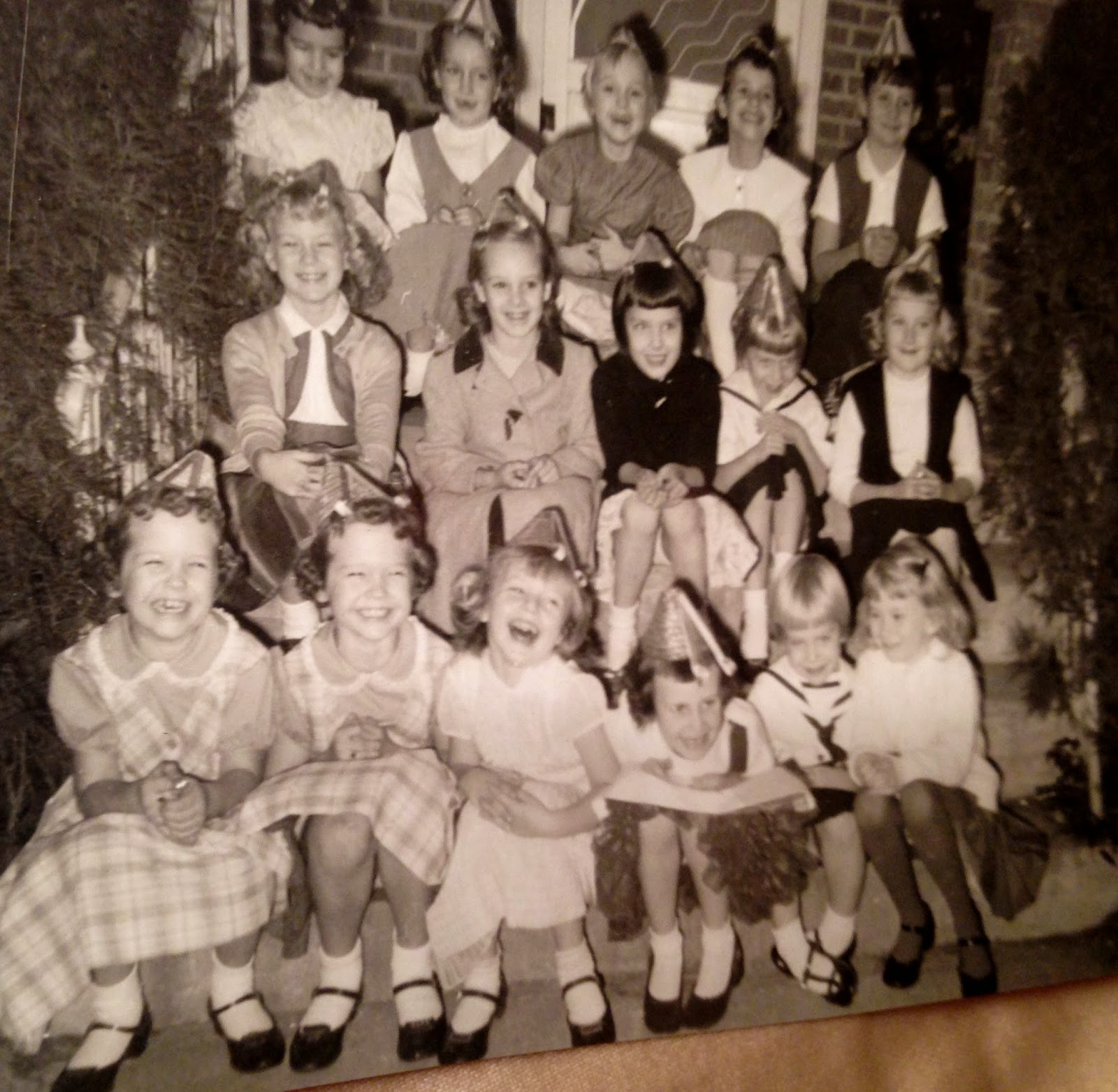 That was taken at our birthday party when we were in the second grade in Mississippi (we lived there 3 years).  Peggy and I were in different class rooms, so together we had lots of friends.  I only know what two of those friends have done through the years. (The one in the middle on the top row is (or was) a professor at Texas A&M.  Her maiden name was Susan Brown.  (Do - or did-  any of my blogreaders know her - or knew her, perchance?)
Then on the far right on the top row is Cindy Davis. She's taught elementary school in Mississippi through the years.  Her parents and my parents were super good friends.  In February her dad died.....  and in Dec. '06 my dad died.  Our mothers still keep in touch.


In closing, here's a sign I've had on my 'desktop' that has helped me in writing this little book about Peggy and me... 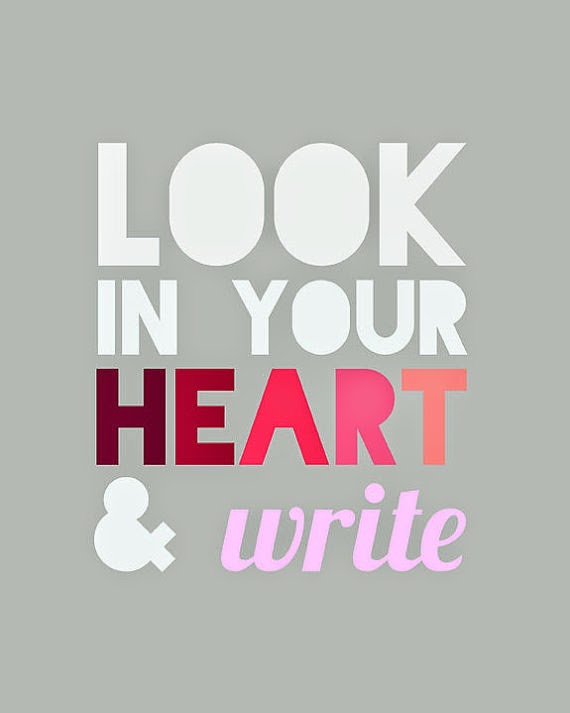 All of this made me so happy I can't even figure out where to begin.. congrats Andrew!! Love that you finished writing (for now). Love that Nell is sitting up and Shiloh is playing well with her!! YAY DUSTIN AND ANSWERED PRAYERS!!

Where did you live in Mississippi??

April, we lived in Indianola, MS.