at... El Fenix!
(If you're coming here from Facebook, you might have thought "It's So Fine to Dine at Nancy's House" - which it is, of course!.... but first I have to tell you about dining at.... 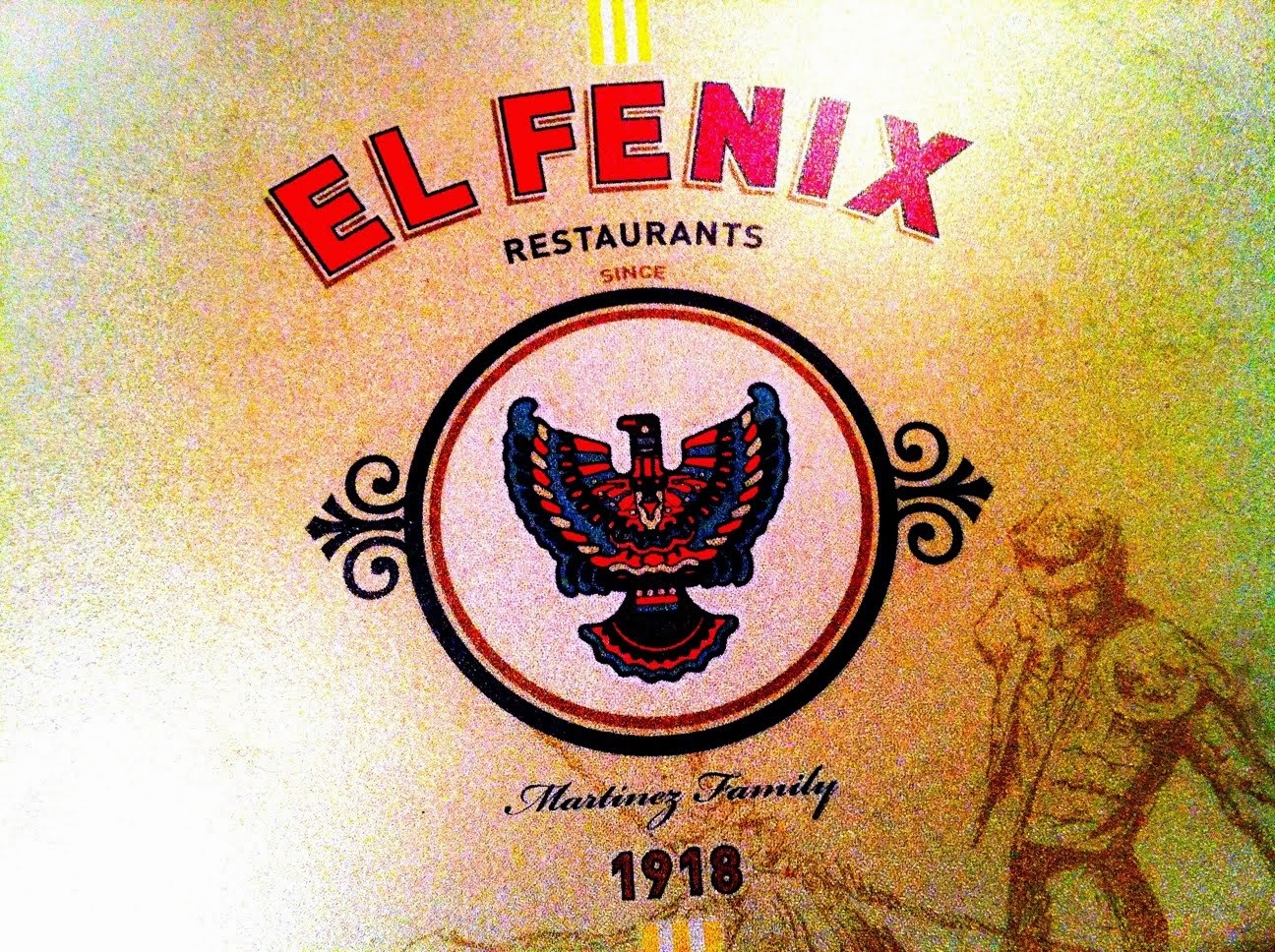 The J. Earl White family has been doing it since 1938; that's when they moved to Dallas.
(That's my mother's family.  (My mother was a White before she married my dad who was a White. I'd say I'm pure White, but that might sound a little racist.)

Anyway, when our Tennessee aunt and uncle and cousin come to town we always go to El Fenix! (SUPER YUM!)

Here we are Monday night at the Grapevine El Fenix....

Here's Tennessee Jim with his parents Warren and Helen... 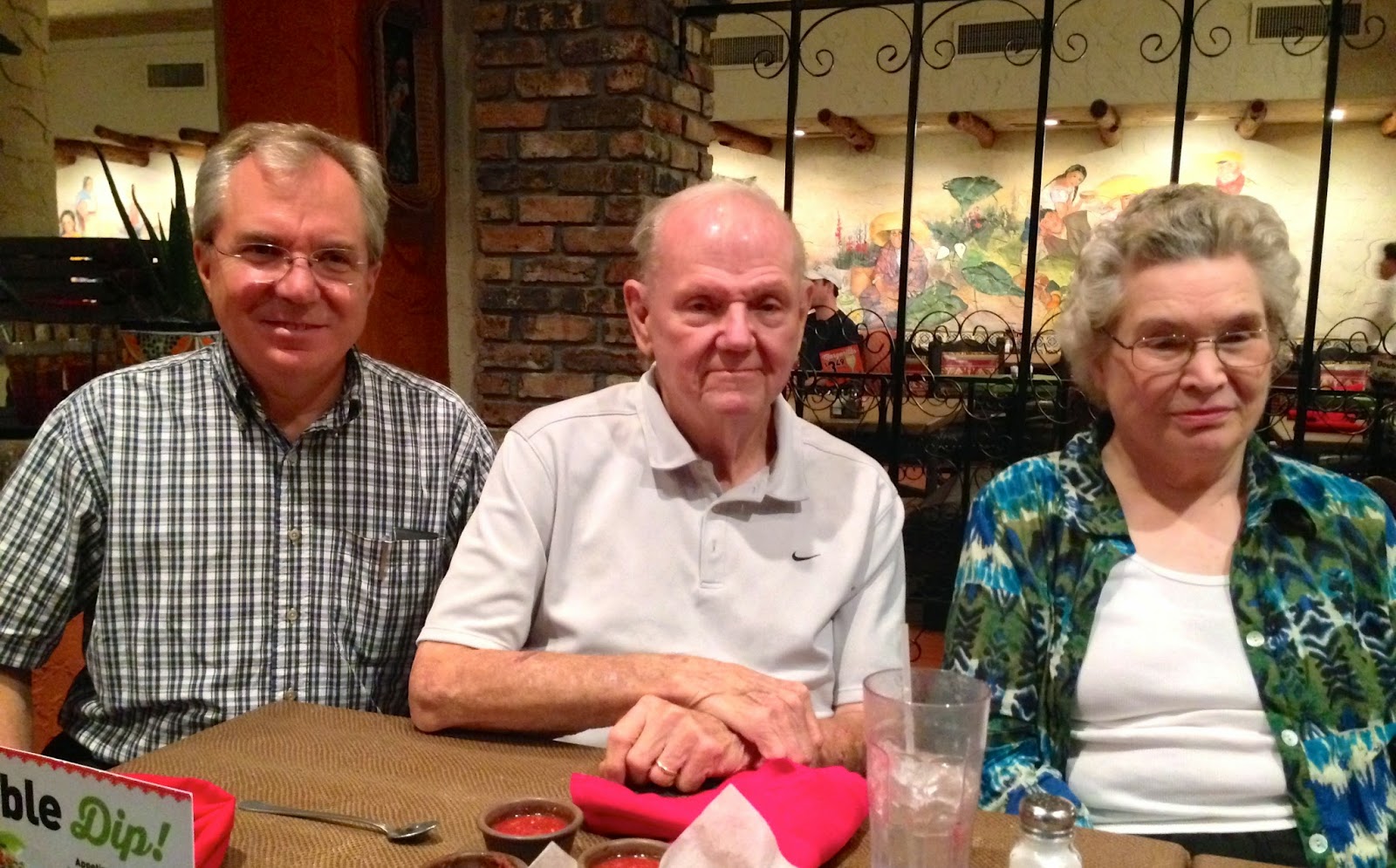 Uncle Warren is my mother's little brother.
He and Aunt Helen had their first date at the El Fenix in Oak Cliff in 1953!!
Sam and Jim always spend a lot of talking when we all get together....


Before I go on to the next set of pictures - where we celebrated some birthdays- let me say that Wednesdays are special at El Fenix.
They have a special on their enchilada plate.... 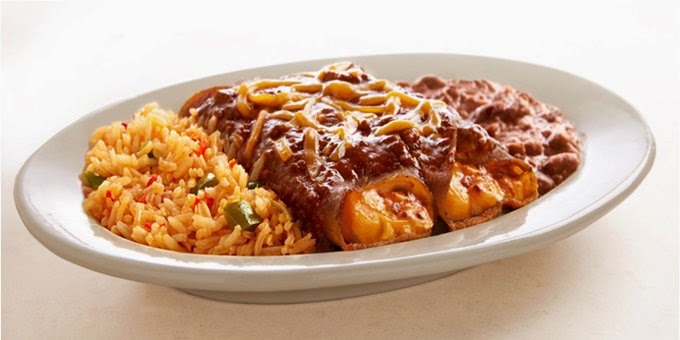 The night before we had our El Fenix Fix,
we had a birthday party at our house.
Jim, Helen and Sam all have September birthdays. 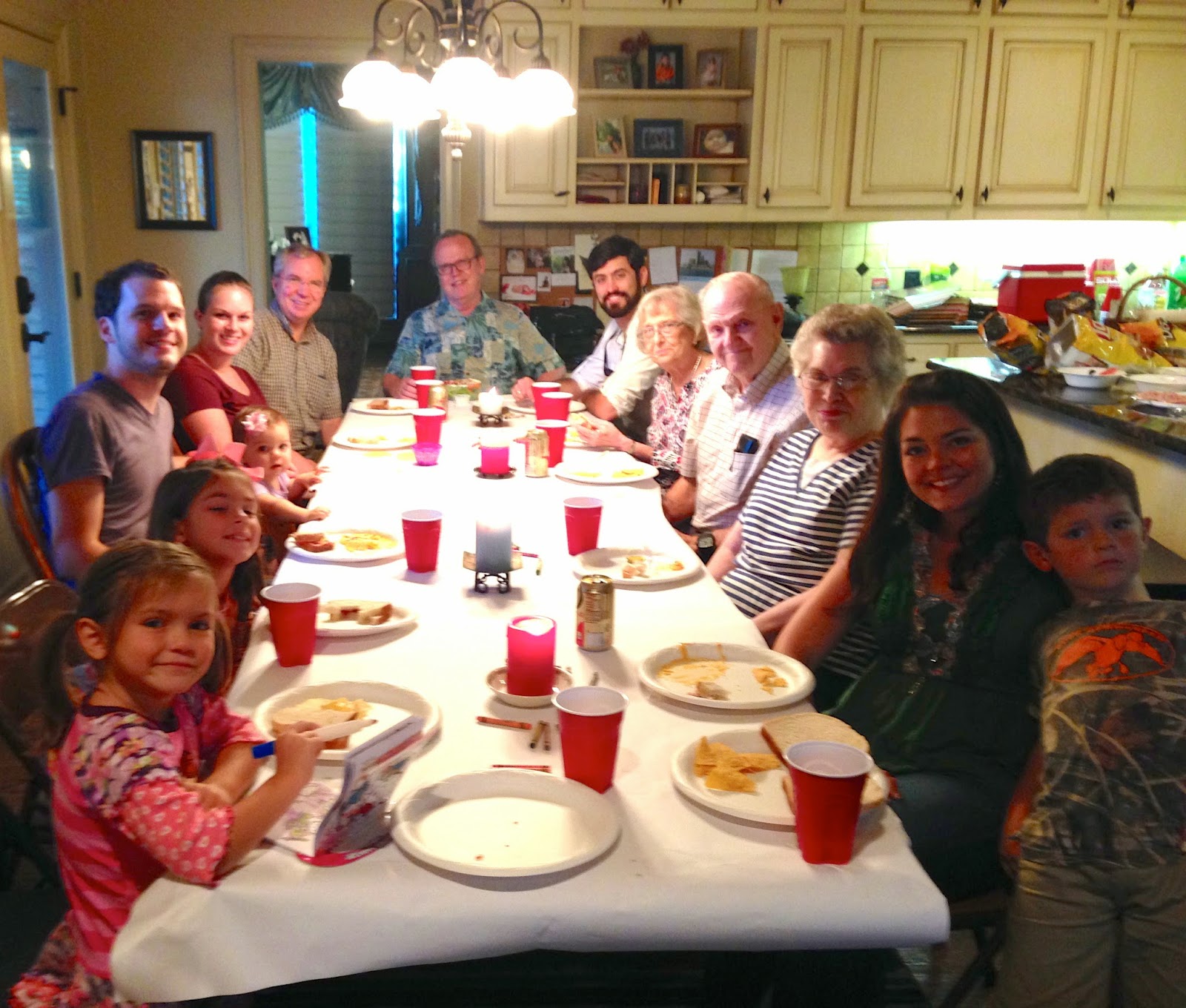 (I was so glad the Huffmans could join us!)

The birthday cake was a delicious cheesecake from Cheesecake Factory.
YUM.

Here are Jim and Sam blowing out the candles.
(while Helen was doing her part at the other end of the table.) 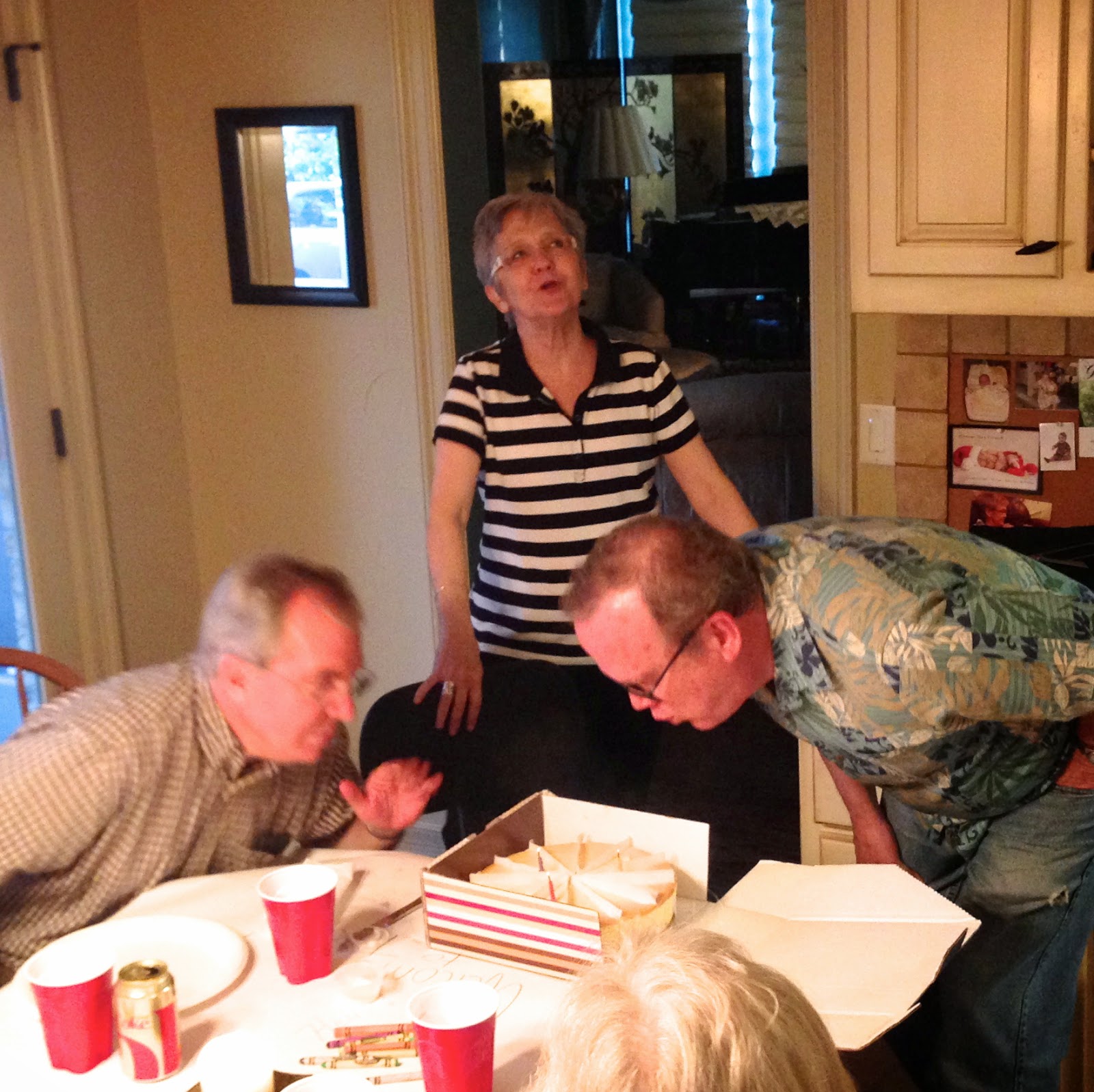 Now everyone knows how much I get into singing "Happy Birthday!"
(I didn't realize how much until I saw this picture!)
(Or was I howling?)

We had our rehearsal dinner at El Fenix and it was SO TASTY. The one by our old office wasn't as tasty.... but everyone (we invited everyone who traveled to Dallas to celebrate with us on Friday too) LOVED El Fenix, so I was really glad we chose it! (Now you have me wondering if anyone has pictures from that night... and if I can convince my Hubs to take me to dinner there soon...!)

Sara, tell your husband I said that he needs to take you to El Fenix ASAP!