In my last blog post, "Don't Text and Drive... and/or Contract Ebola", I said I would write soon about my twin's crisis of faith about four months before she died... and then her victory over that.

Well, this is the post.
I'll try and not put too many words here. (When I see a long blog post I think I'll read it later, and I never do.)

One afternoon in late 1988 Peggy was lying on the couch in the living room of the apartment-turned-hospice apartment.  (It had one bedroom with a murphy bed for a guest (often me) and then a living room (with a hide-a-bed - also for guests) and a kitchen and bathroom.  It was near M.D. Anderson hospital.)
Anyway, her husband and I were there that afternoon, and well, she said she wanted to talk to us frankly about something. She said she wanted us to know that she was having major doubts about the whole Christian thing. We told her that doubts are common and can be good.
She said (something like), "No, my doubts are not good.... they're making me miserable. What if there is nothing to Jesus? That he's truly a myth... and heaven is not there at all?"
She talked quite a bit about her anxiety about death... saying she needed to talk about it and she didn't want us to give her any pat answers, though she wanted us to help her, if we could.

I would like to say that I helped her.
I did not (well, other than by letting her talk).

We'd been raised in the Christian faith, and had taken it seriously.
... so she felt bad she was having such doubts.
But she couldn't shake them.

That afternoon we didn't help her.
We just reassured her that surely it was normal what she was feeling... and that we'd pray for peace for her.  (And boy, did I.)

Later (not long after that afternoon) Mother told me that Peggy had told her she had had a dream one night that changed her outlook on everything, especially her impending death.
(I'm condensing this) In the dream she was looking in a big mirror... and then it broke and opened up ... to WONDER.  There were flowers everywhere... nothing but beauty.
When she woke up she was FINE WITH EVERYTHING!!

AND she started sharing her faith with the nurse staff.
One nurse's aid named Ernestina sat at Peggy's bedside and heard her tell about the verse John 3:16... and other verses.  Ernestina was a crusty African-American gal with a sharp wit. I'd say she was in her mid-forties.  I always liked seeing her come in to take Peggy's vitals.  She made us laugh.  Well, anyway, she really listened to Peggy that day... and took it to heart.
One week later, Ernestina died suddenly- of a brain aneurysm.

Now I could preach a sermon here.... but I'll just let that tale speak for itself.... and it does... on so many levels.

I wish I had a picture of Ernestina, but I don't.

But I will show you a picture of Peggy with her niece (my daughter) Laura...


Here she is with her two precious children, Cap and Elizabeth...

I'm working on a book about her life and death.
Well, I had finished it - then thought of more stuff to put in it.
Hmm. There will ALWAYS be more things to add. I need to just finish it.

And I need to quit talking to myself... and publish this blog post.

Oh, and stage 4 breast cancer is what was Peggy's diagnosis.  And it traveled to her lungs.
Get your mammograms, ladies!!!
It's OCTOBER, after all!!! 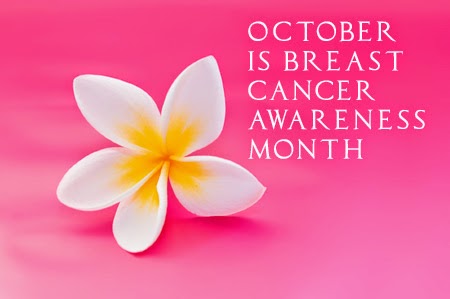 I wish I had know Peggy. I really really do. Both of those pictures are priceless.

504Peggy was a beautiful girl - just like her twin. Both very popular in high school and known for their physical beauty and more importantly, for their inward beauty and Christian faith. It must have been almost more than you could bear to lose her.

Beautiful post. I look forward to reading your book! - Julia