My post title is supposed to be clever.
Well, maybe it's too much for a lady of my age.

Anyway, during our last election (not this year's) I was 'shamed'.
Well, the man came to remind me to vote, but I felt shamed, and then mad. 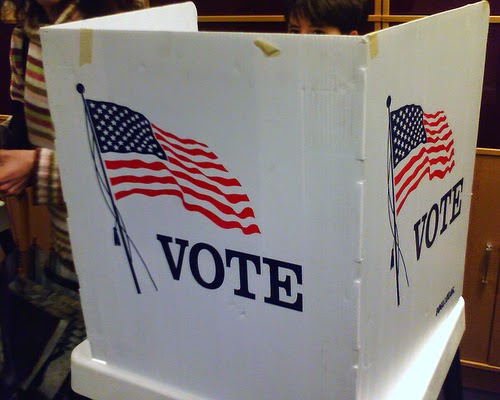 Here's the story:
Our doorbell rang in the middle of the afternoon.  A middle-aged man was there and asked me if I was Nancy Carmack.
Yes, I said.
Then he told me that he noticed I hadn't voted.  (I was planning to - around 4 o'clock.)
That immediately 'ruffled my feathers' - that he would know that - and would come to our house about it.
He handed me a sheet of paper, which was a guide as to how I should vote.  I said, 'Thanks." Shut the door...  and well, I should have told him off.
Since I very rarely tell people off I am not adept at it. So I didn't.
But when I closed the door, I was mad.

I have asked myself since then if I should have been mad.  I mean, I guess anybody could go look at the list to see who has voted and who hasn't. (Is that right?)
My reaction, though, was well, fierce.... and it made me want to vote AGAINST the people on that man's hand-out.
(I did go vote, by the way, but I almost didn't... in protest.)

Have any of you, dear blog-readers, had that happen to you?  If so, how did it affect you?!

Oh, and this time I voted early - because I wanted to... not just to avoid that man.
-----
I wrote that first part yesterday... but now have decided that I was way over-reacting to that man.
I mean, he was just trying to get me to vote.
Bless his heart.


In closing, here's a cartoon that fits this season.... 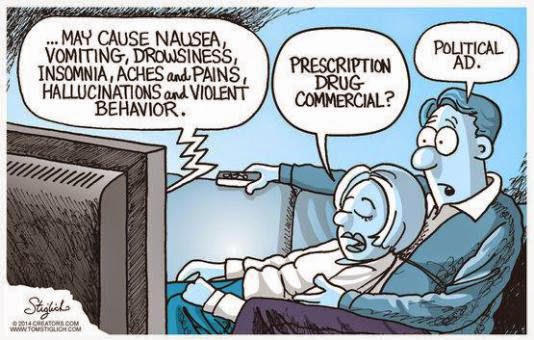 LOL I love that cartoon! I've never been asked/confronted about not voting, but I think I would be upset too... but I know that encouraging people to vote is supposed to be a good thing. ;). I like people with that passion.