... where the living is ... well, very different than summertime.


And little ones wear cutie hat/caps ...

And yet some folks do crazy summertime stuff!...
That was the 4th Annual Polar Plunge at Lake Grapevine.
It was 32° outside!
John is showing he was lovin' it.
(Elizabeth, for next Christmas get him an outfit like the fella on the left,
maybe in a neon lime green.. or maybe in grape-color. ?)
------
Well, we had a great holiday season...
and we ended it by driving to San Angelo, TX yesterday,
to pay tribute to a wonderful man.
We attended the  graveside service of Sam's Uncle Dub (Samuel Williams Carmack IV).
My Sam is Samuel Williams Carmack V
and our son is Samuel Williams Carmack VI.
(My husband's father wasn't the fourth, but Uncle Dub didn't have any sons,
just four beautiful daughters (inside and out)...
so my husband's grandfather (the 3rd) insisted he (my Sam) be called the fifth.
(I understood that.)

Anyway, Uncle Dub was a wonderful Christian man, whom everyone admired.
(We called him 'Uncle Dub' because his middle name (Williams) has a 'W'
which has the word 'Dub' in it.)

Here he is with his son-in-law Randall,
and his grandnephew, Mac, a few years ago... 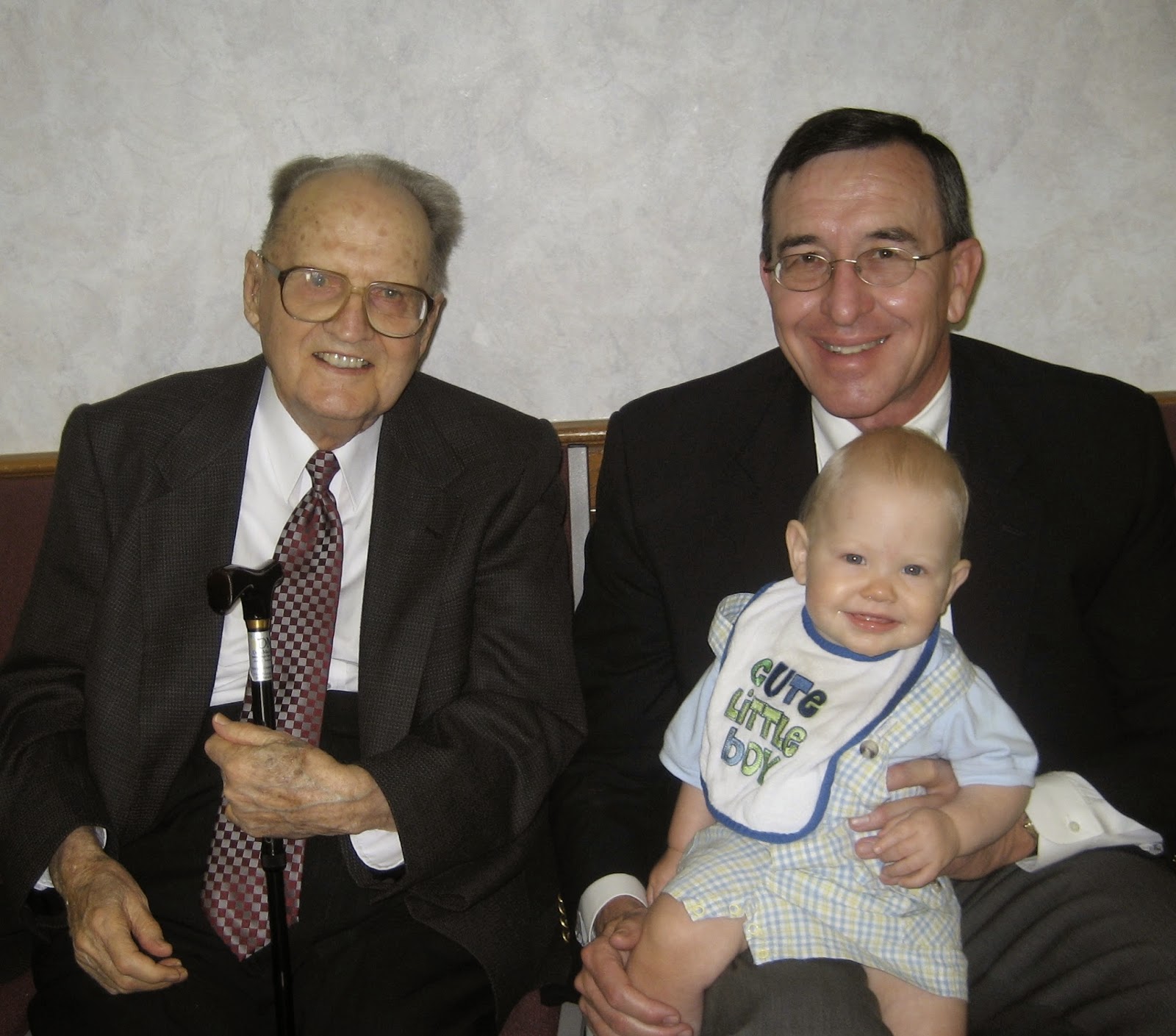 I did a search for a picture of the four daughters...
and I found one!
Well, here are two pictures from one...
that I stole from Facebook.
It's from Dec. 2011...


And here are the other sisters...

Yesterday at Linda and Randall's house after the service,
we had a wonderful visit.

They had been taking care of wonderful Uncle Dub for a long time.

Now it is time for them to take care of themselves

I hope they read this...
and heed this.

In 1943, Ignacio Anaya, a Mexican restaurant owner, found himself in a bad predicament. His cook was missing, food needed to be prepared, s...