Shiloh has a new home! 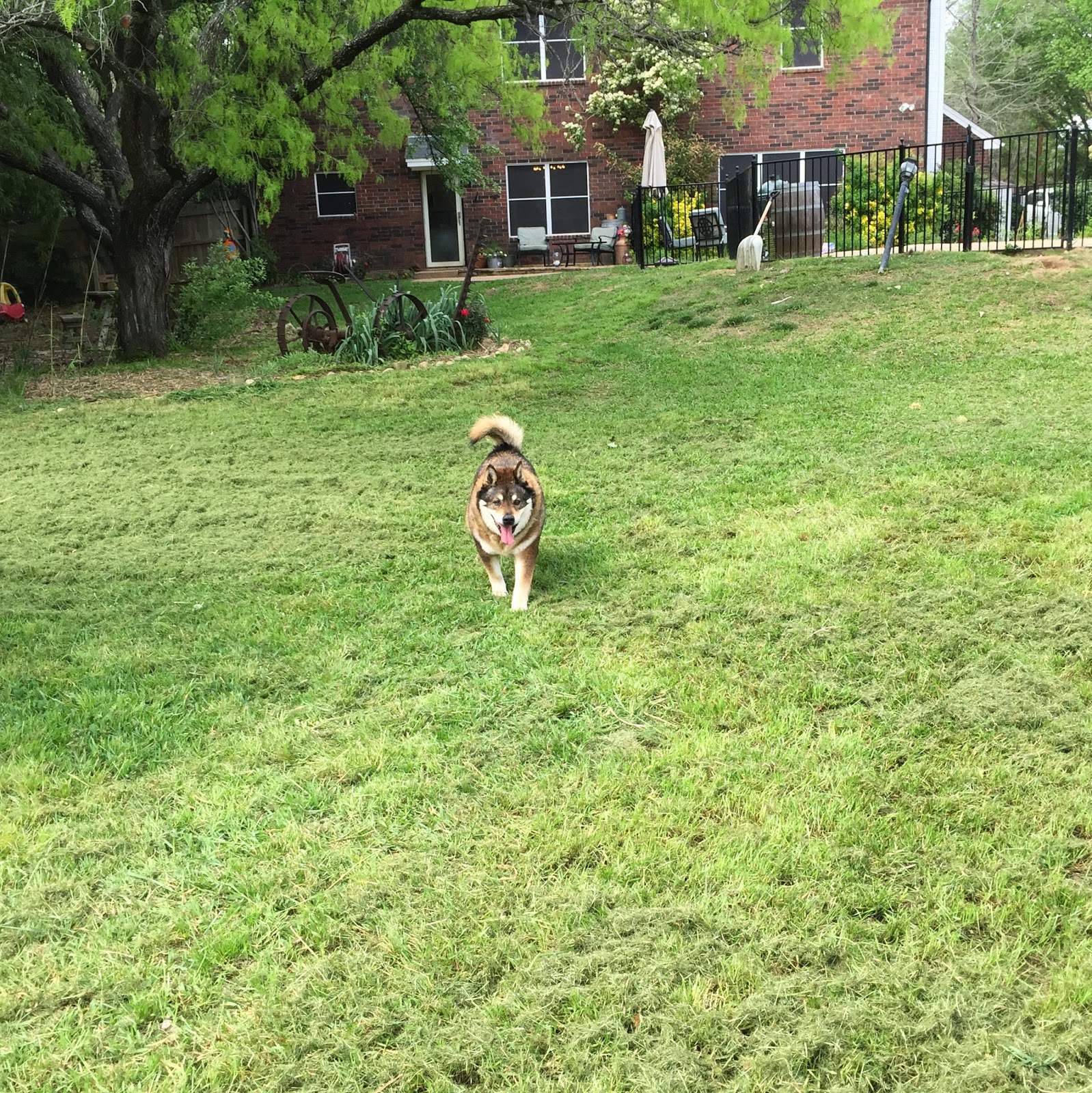 Shiloh is wondering: Why didn't they bring me here years ago???!!! 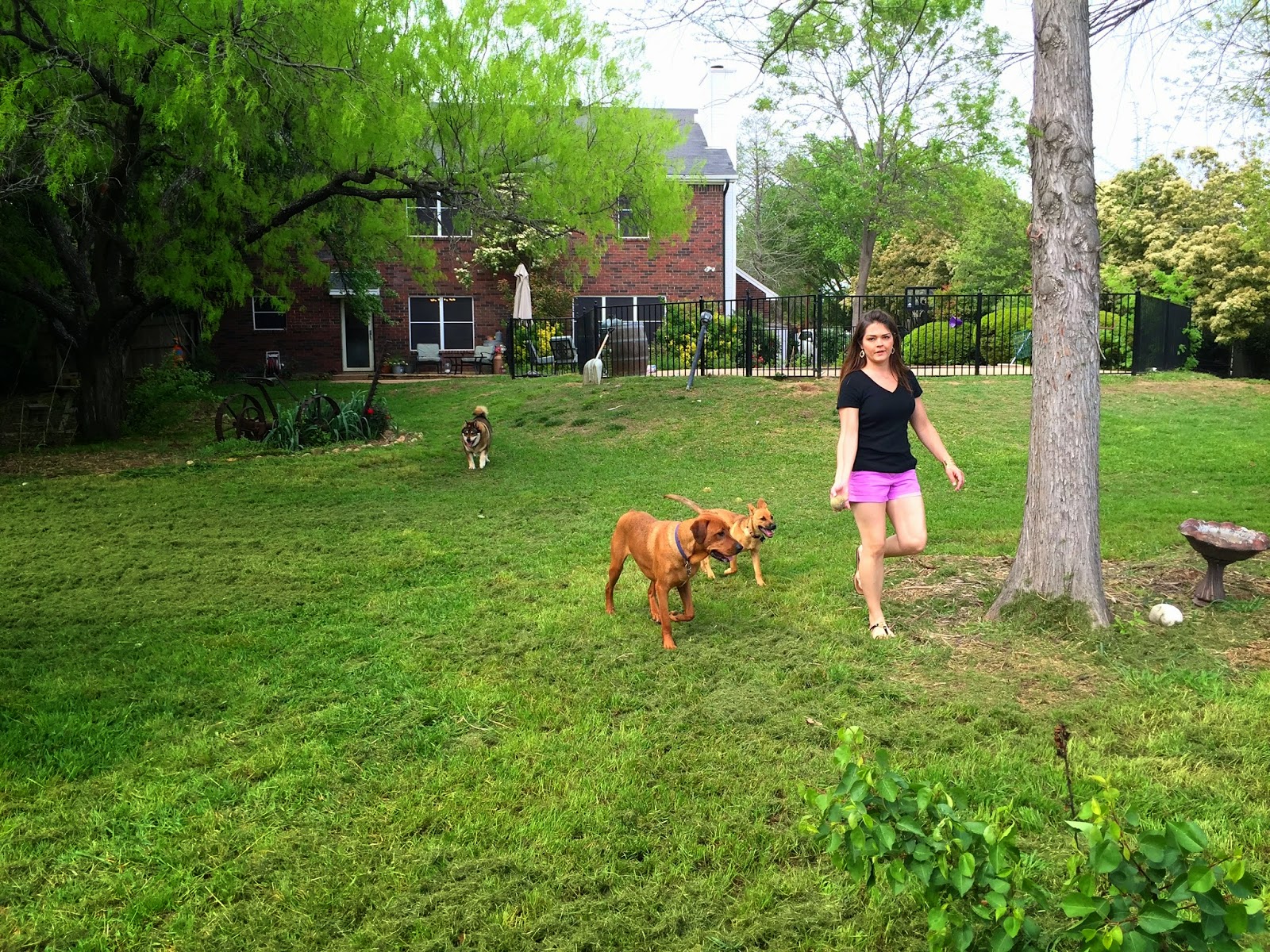 That's Elizabeth with Teddy Roosevelt and Tally... with Shiloh coming from behind.  (They already sniffed each other, so Shiloh was feeling secure, as were Teddy (age 2) and Tally (4 months).  Shiloh is 11 years old so he will give them some comfort and maturity.

You can see that he will have lots of room to roam... 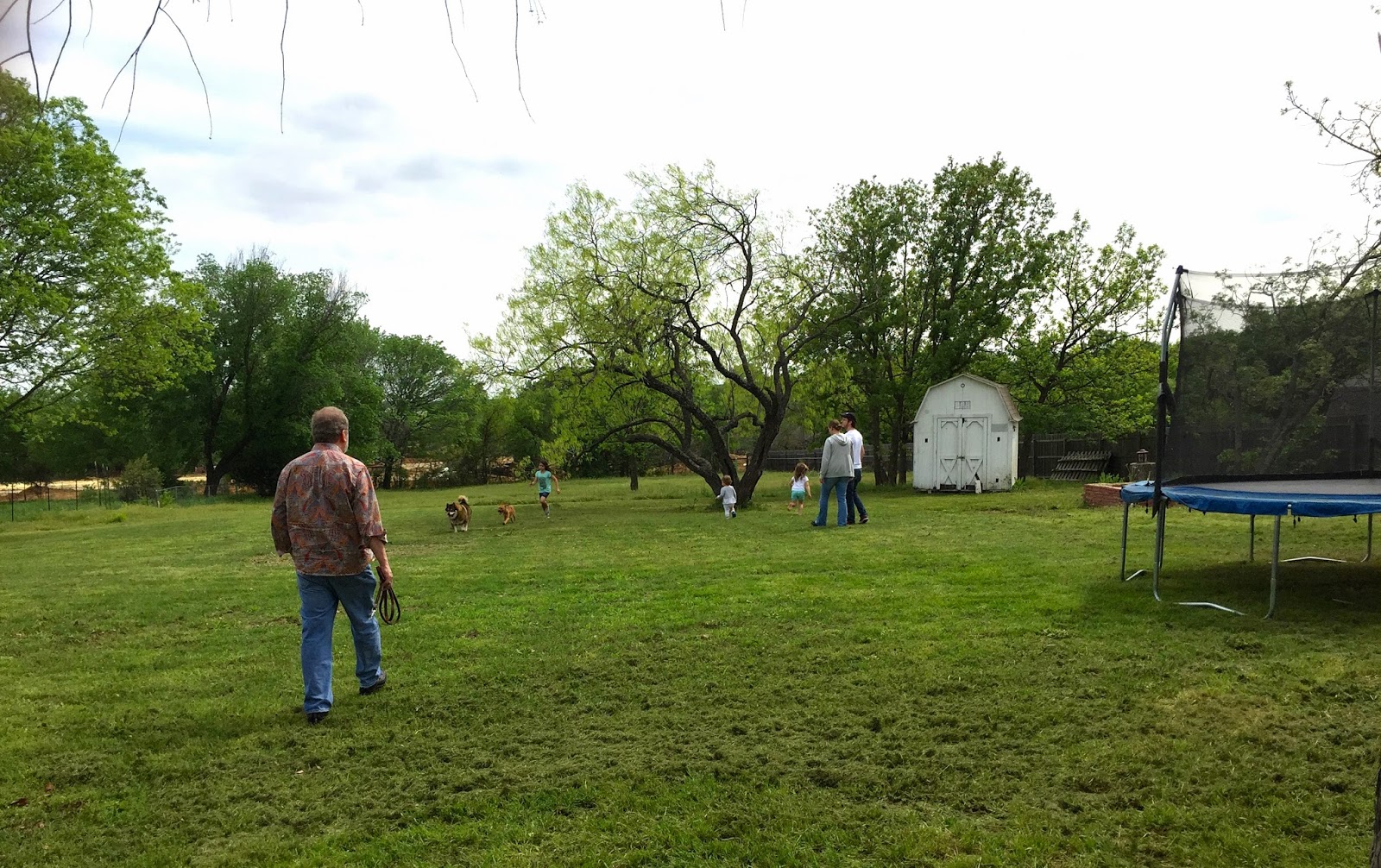 And here he is getting some shade...

.... while his new owners, and their little cousin Nell, are having fun on the trampoline.... 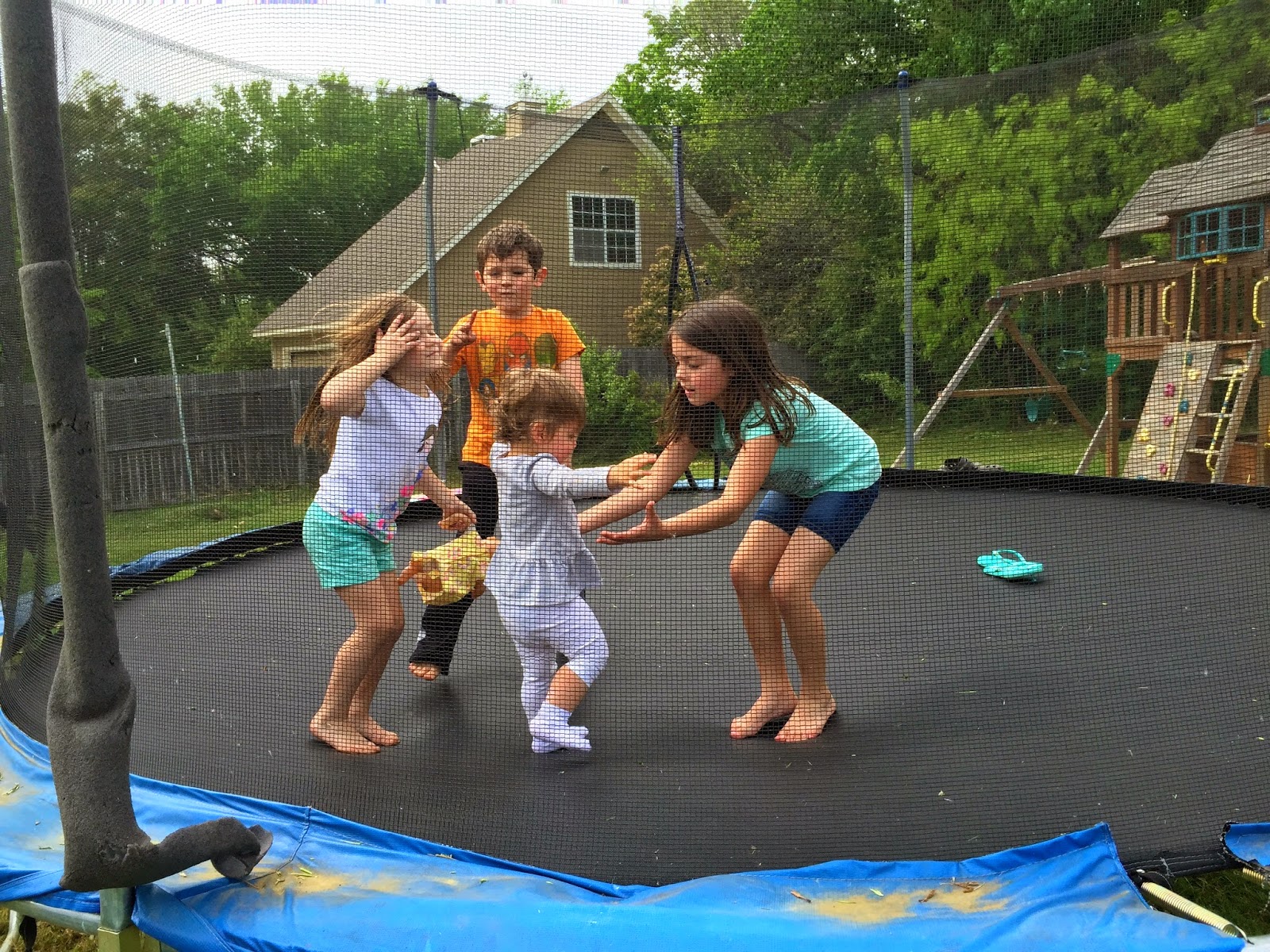 Here's Andrew showing that he can stand in the tree without holding on! 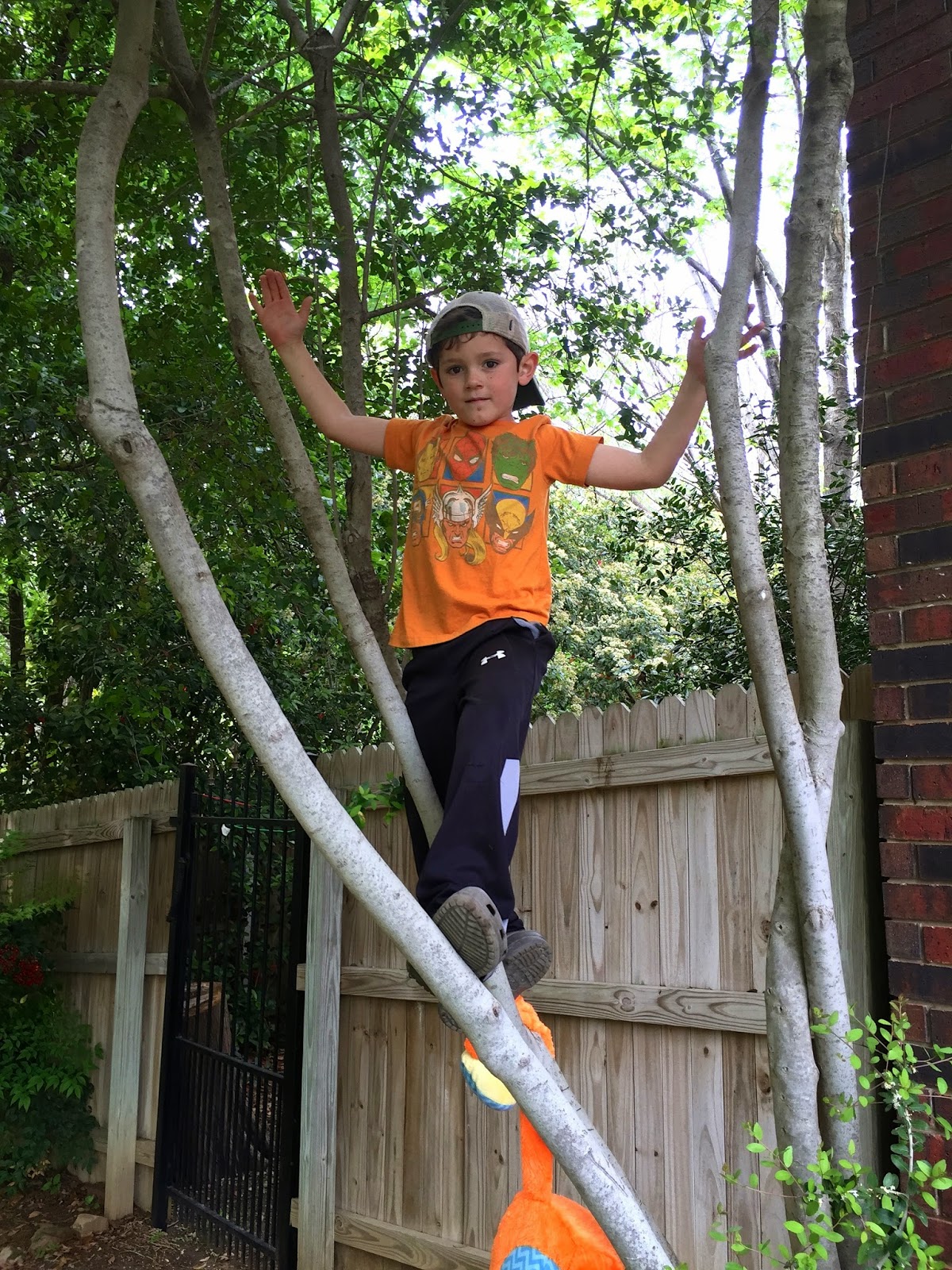 After we realized that Shiloh would be a great fit at the Huffmans, Sam and I went back to our house to get his bed and other stuff.  When we got back to the Huffmans, we found that while we were getting Shiloh's things Caroline, Andrew and Anna had drawn a chalk picture of their family with their new addition!! 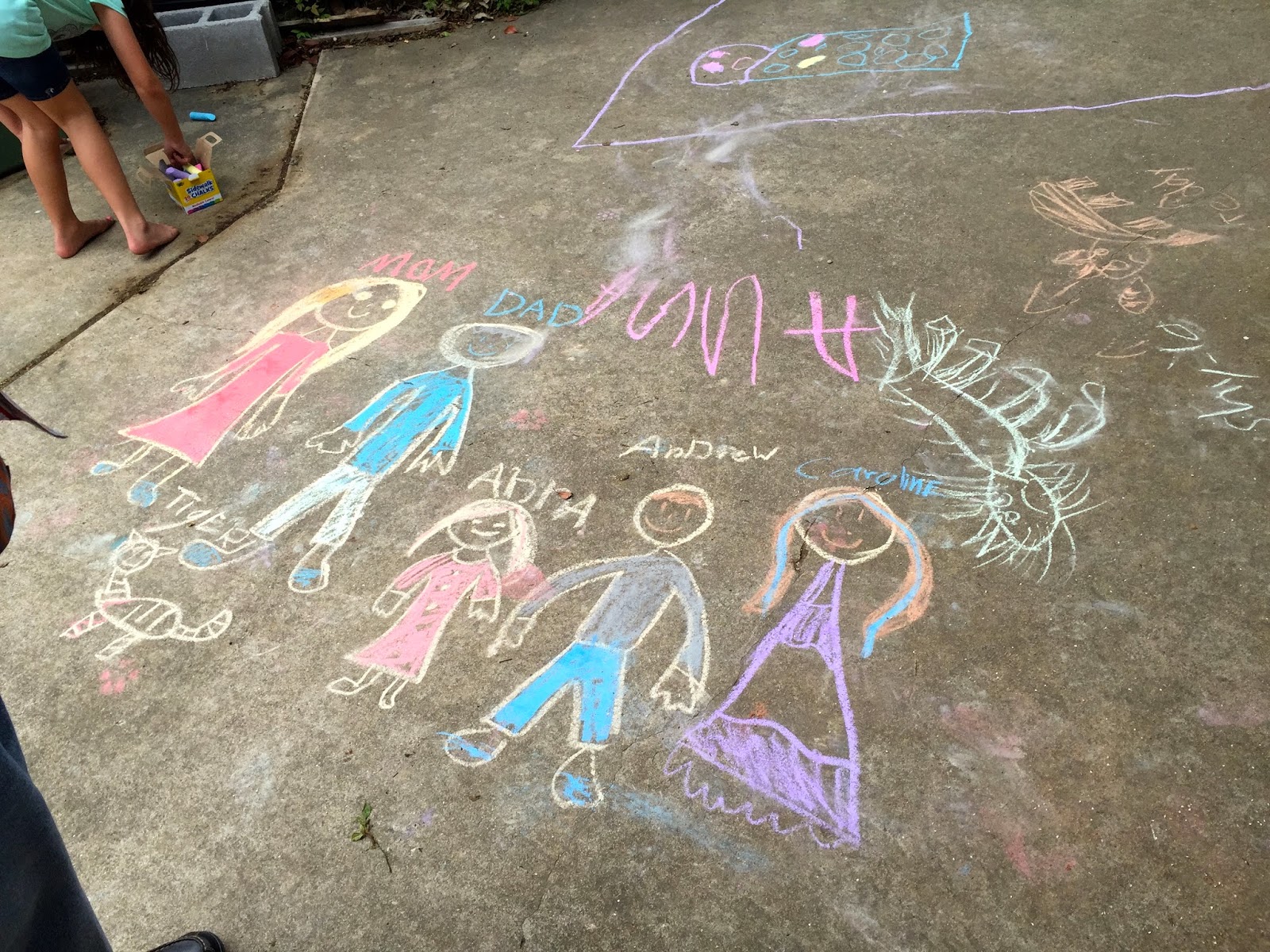 Andrew wrote out Shiloh's name as Andrew pronounced it phonetically... 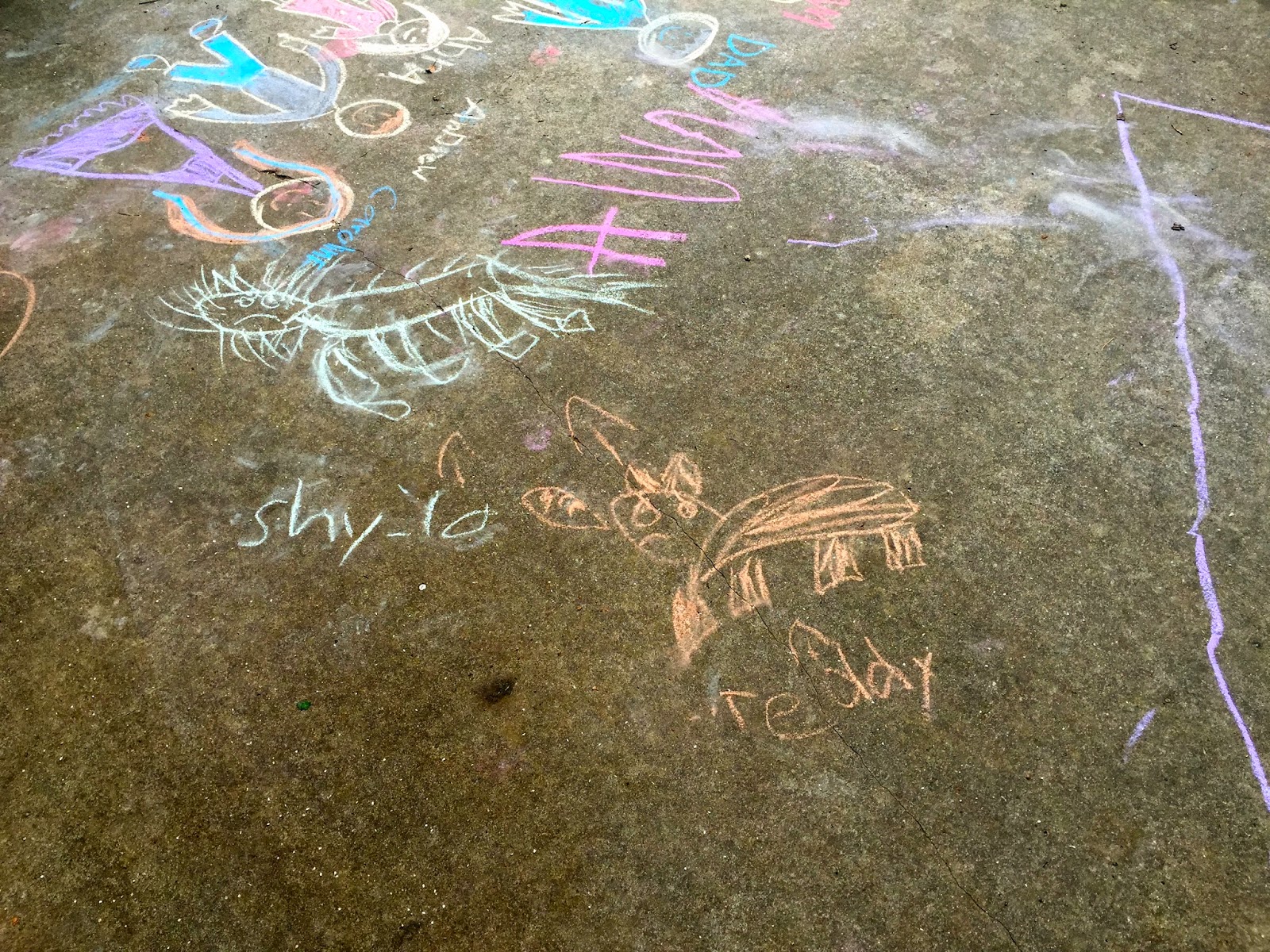 Frankly, we were concerned that Shiloh might not get along with the Huffmans' two dogs...
since they're all male (correction: Tally is a girl - I just found out).


As we were driving home and marveling at how well it all went,
Sam remarked "Well, Shiloh didn't know Teddy and Tally,
BUT he knows he IS still with his 'pack',
as he knows the Huffmans VERY WELL.

Thanks, John, Elizabeth, Caroline, Anna, Teddy Roosevelt and Tally,
for letting Shiloh live with you!!!

And we can come visit him!!!

Doug and Laura Hisey offered to keep him.
They have an 11-year-old female dog, Cassie.

You can see that Shiloh would have had a good place there, too.

Ah, but since Shiloh knows the Huffmans as his already-family,
he already feels right at home there.

that's awesome! glad it worked out

Wow😊 that is so great Nancy! So happy for you guys, understanding how you feel. Simplicity it great! Glad Shiloh has a great new home. Looking forward to new memories and new days ahead😄
Praying for you guys🙏