Rarely do I get political on this blog.  And when I do I usually regret it.

First of all, let me say that I DO want a woman to be president.

I just do not want THIS woman to be president: 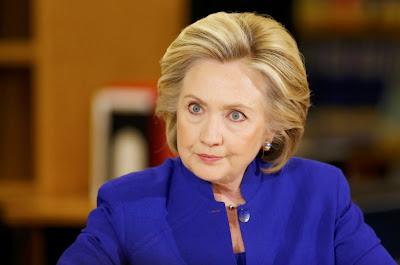 Hillary is getting all kinds of passes from some (most?) Democrats.
And those are the Democrats in whom I'm disappointed.

There are so many negative things to say about Hillary I don't know where to begin.

I could list some that are known...  and some that are forgotten, as are listed in this good article, 10 Scandals Involving Hillary You May Have Forgotten.

A few of those NOT forgotten are these....

Hillary has blame, but takes none, in the Benghazi episode.

Hillary deleted her emails, the ones she had when she was in office (!)  (There are a lot of etceteras with that subject.)

She's taken money from countries who have horrible records when it comes to treatment of women.

She said she was shot at by a sniper in Bosnia, then she said she 'misspoke'.  (Brian Williams just reported the news and he didn't get a pass on embellishing 'news'.)

Well, there is this - which is a different negative note - but I think MAJOR...
Most people when they commit lewd acts get chastised and, for sure, remembered for those acts.
Her husband committed lewd acts in the Oval Office and the young intern was (is) the one shamed.
And Hillary has stayed married to this promiscuous, adulterous man.
(I worked with teenage girls at the time this Monica-thing became public and was horrified when I realized that my President was used as an excuse for teens in lots of high schools and junior highs around the country to have oral sex.)

Different note: Other politicians get chastised for taking money for favors.... that are just implied favors.
The Clintons do not.

Lately Tom Brady has been chastised (and punished) in the news, as have many other athletes in the past, and politicians... for various reasons, but it seems, in my humble opinion, that if their names were Bill and Hillary they would get a yawn.  A bored yawn.

There are so many political cartoons out there - and they multiply by the day ... and yet she has her backers.
Those are the people who disappoint me: her backers

Here are two examples of cartoons that have been in US News and World Report (NOT a conservative magazine (but I admit they're from a conservative cartoonist - whom I've become a major fan of). 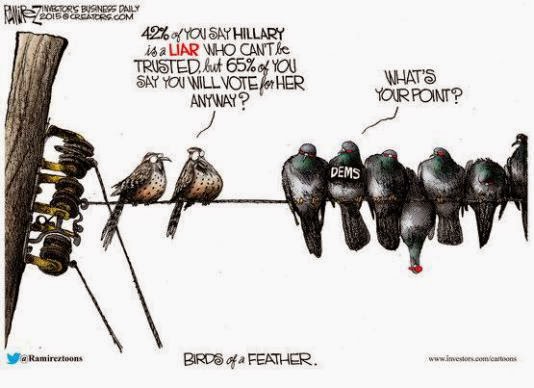 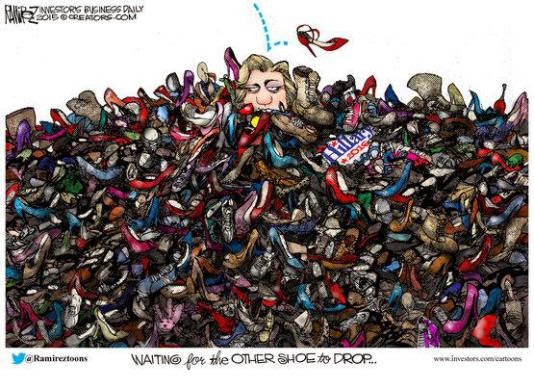 I do NOT want the Clintons in the White House.

Oh, she'll start answering questions soon about all the stuff there is to question her about... but watch... if she acts at all contrite it will be a 'contrived contriteness'.   (Mark my word.)

Whoa, you're saying: This is so unlike 'Nancy's Nook' that is usually nice and nifty and upbeat.

Well, it's my blog.... and I think I've cathartically gotten this disappointment in Democrats out of my system ... for a while.
(Maybe I should have done this in a different venue... )

By the way, it seems there are a lot of good Democrats that could run. How about Schumer, Manchin, Gillibrand, and even Elizabeth Warren who has said she is NOT running, but notice: she's never said (I don't think) that she's not GOING to run!  (I think there's leeway there.)

Thanks for letting me vent.

(I'll show you sweet pictures of nature and happy things in my next post.)


I agree! How can anyone get past her" what difference does it make now" statement.