How we sold our house...

We'd been thinking of downsizing for years. We'd always talk ourselves out of it...well, mainly because the task was so daunting. 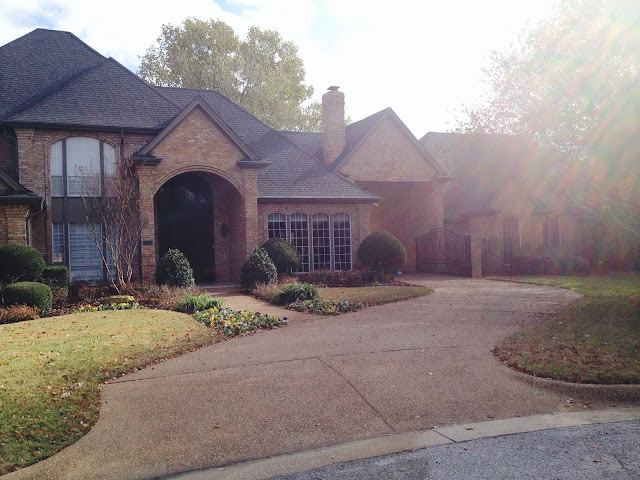 Well, the longer we kept the house, it seemed the more money we were spending on it - just to keep it up.
FINALLY, we decided to see what would happen if we put it on Zillow.com.
So we kind of cleaned up around; Sam took some pictures; got a Zillow account ... and he listed it under 'Make Me Move'.
We did not hire a realtor, even though we are big time believers in getting a realtor.  We just wanted to see how it would be - if we could sell it BEFORE fixing it up (you know, before fixing the windows so they didn't 'weep', and repairing the back and side doors where Shiloh super-scratched to let us know he wanted inside.)

The second day it was on Zillow, a couple came by.... and stayed 2 1/2 hours.
I was playing in the tea room and Sam texted, "I think we may have just sold our house."

Now this was amazing.
We'd thought the house was really not something that would sell fast. We'd made one room into a theater, which just left three bedrooms. Now, yes, three bedrooms sound fine, unless you think of this HUGE house looking like it would have maybe six bedrooms.
Also there was not much backyard.... for kids.
And well, we'd made a guest bathroom into first a 'computer room', and then later part of the pantry, so the other 'guest bathroom' was, well, not so accessible (unless you wanted to use the tiny 'pool bath.')

This is getting too long-winded.

Long story short, the couple who came and spent 2 1/2 hours bought it.
And they said they had prayed and prayed for just the right place... and when I met the husband of the couple, he looked at me and said, "This is a miracle."
Whoa.  It makes me feel so good that they are loving that house - and calling it miraculous that they found it.  (They'd wanted a house with 2 bedrooms downstairs, as the mother-in-law was moving in with them ... and they'd seen many, many houses that were too high in price and/or not updated at all.)
And it was miraculous that we didn't have to do one thing - except vacate it.  (All the nails were in the walls where the pictures were hung, and some of the windows were still moist on the inside, and Shiloh's aggressive scratches remained, and the garage doors still weren't working.... but we sold the house and were out of there - without lifting a finger to improve it.   Whoa.)

Then this happened: we saw our neighbors to the south working in their yard.  We thought, we'd better tell them the moving trucks are coming...
Let me say that we were not the best neighbors to them.  They'd been there 6 years (I think) and we'd been their 14 .. and well, we had welcomed them to the neighborhood, but that was about all the contact we had with them.  Oh, we'd wave when we'd see them, but that was about it (sad to say).
WELL, when we saw then in the yard we stopped the car and told them we'd sold the house.
Stephanie, the wife, said, "I just want you to know something, if you don't mind."
Our curiosity was up.
Then she said basically "We just want you to know that every time we'd see you drive in or drive out of your driveway we have said a prayer for you .... for God to lead you and guide you in your life."
Whoa.
WHOA.
They had been praying for us.
We hadn't even known.

You can imagine how wonderful that made us feel .... and it's prompted me to pray for my neighbors here in this apartment complex.

Well, I usually don't write so much in a blog post, because when I see lots of words in somebody's blog post, well, I think I'll read it later and never do.

Hopefully you have read to this here bottom of the post ... and you're praying for your neighbors now, too.

"But our citizenship is in heaven. And we eagerly await a Savior from there, the Lord Jesus Christ." -Philippians 3:20

So awesome! We are currently praying for our next house and future neighbors--thanks for the encouragement to pray for our current neighbors! That's so cool.

That is amazing!! I'm a little jealous of your lack of realtor... mainly because ours was so terrible... :-\ I love that your neighbors were praying for you... and I think I needed to the reminder that we need to be better neighbors too... so thanks for that!

Those are great comments, Laura and Sara!
Thanks!