In celebration of a new Triple Crown winner!... 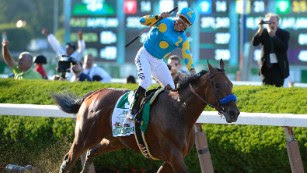 Horses have memories that put elephants to shame.

The horse has the largest eyes of any land animal.

There are over 300 different breeds of horses and ponies around the world.


And here's a good quote:

There is something about riding down the street on a prancing horse that makes you feel like something, even when you ain't a thing.
~ Will Rogers 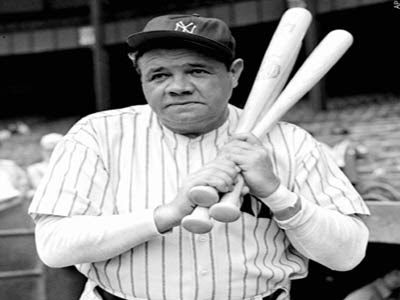 The month of June is a month for many things:
Among them...
Accordian Awareness Month
Adopt A Cat Month
African-American Music Appreciation Month
Fight The Filthy Fly Month
Iced Tea Month
Papaya Month


One of those 'months' that June is known for reminded me of something that happened on a trip Sam and I made into south Piaui (deep in the 'interior') in Brazil with a Texas Baptist Student Mission group in 1982.
We stopped to eat in a little cafe.  We noticed some pies on a tray.  For dessert I thought about trying the raisin pie.  (It looked tastier than the others.)  I said I wanted a piece, and the waitress said that was not a raisin pie, but a butter pie.  She then proceeded to 'shew' the flies off of it.
(I decided against dessert.)

I will end on a more tasteful note...
Did you know that Sonic is offering 1/2 price milk shakes after 8:00 PM?  That offer is supposed to go through Labor Day.  And I guess it is at participating Sonics only.   Well, our nearby Sonic is on board... and we enjoyed some Friday night! 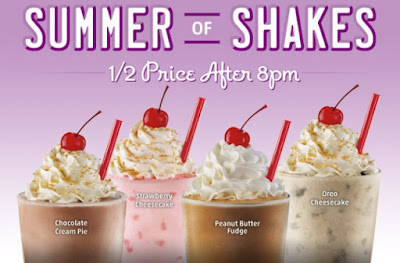