You're (I'm) never too old to learn stuff. 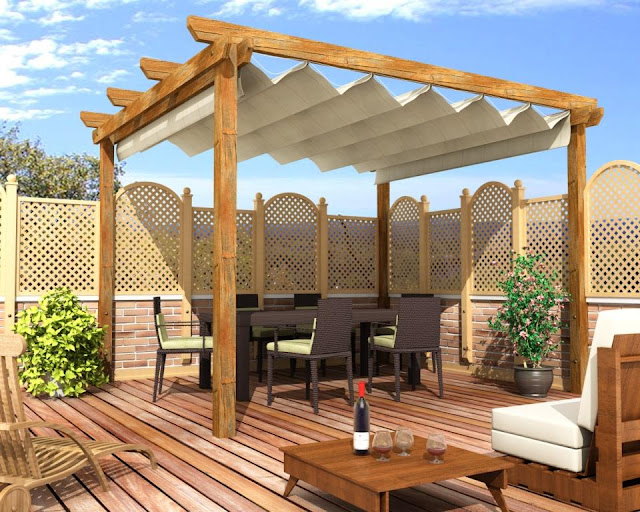 All-knowing Wikipedia has them described as: A pergola, arbor, is a garden feature forming a shaded walkway, passageway, or sitting area of vertical posts or pillars that usually support cross-beams and a sturdy open lattice, often upon which woody vines are trained. The origin of the word is the Late Latin pergula, referring to a projecting eave.

So now you know.


And there are YURTS...
Ah, but I could find no Wikipedia definitions!

But here is a picture... 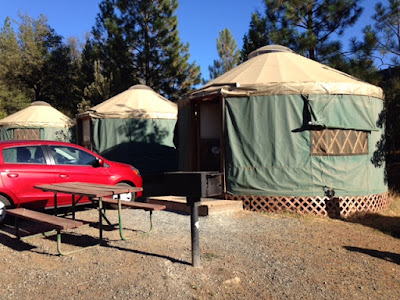 My daughter told me about them, as she was going to stay in one in Yosemite ...
with Melissa, her college friend.
That is the one she and Melissa stayed in.


In other news, there is an Ugly Lamp Contest you can vote in
(without signing in, or registering or anything).

One of my favorite random interior decorating blogs is BETTER AFTER
... and now, as every year at this time, the blogger is having an UGLY LAMP CONTEST...

You can go there and vote for your favorite ugly lamp... and well, it's fun!

I actually didn't vote for that one.... so as not to influence you...
but that looks pretty ugly.

I always have BETTER AFTER on my blog list (on the side)
and so enjoy Lindsey's pictures of transformations of junk - to treasures.
And she is SO descriptive in her words describing the treasures.

She doesn't know me at all.
I just found her blog randomly.
(I should comment on her blog, that I'm promoting her contest.)

The internet can be wild and maybe unwholesome sometimes,
but SOMETIMES it is SO FUN...
LIKE FINDING "BETTER AFTER".

There is something special about them.
Pergolas