We got to know an absolutely wonderful man this past week... 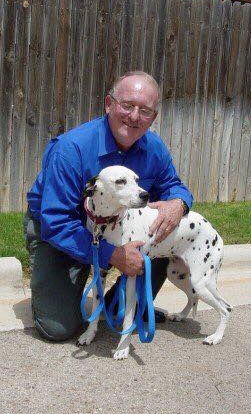 His name is Al Grotz, and he died suddenly a week ago Sunday, of a heart attack, having had a good physical exam just a month before.
He was just 66.
(That is sobering: we all need to be 'ready'.)

Al's daughter (technically his step-daughter) contacted Sam through her dear friend, our niece Elizabeth, and asked if Sam could officiate at his funeral.  (Somehow Al's own pastor couldn't do it, and Sam was who Sara thought of.)  Wow. What an honor.
You see, not only is Sara a dear friend of Elizabeth, she is also a dear friend of mine --- often calling me 'Aunt Nancy'.

Sara's own dad died when she was just 10 years old.  And now her second dad has died.
Yes. Life has been hard for Sara.

The night after Sam met with the family, to discuss the funeral service, he came home and after I asked him how it went, he just said, "Wow. I'm inspired." And then he began to tell me a few things he learned about Sara's dad, Al.

The thing that struck me (among many things) was the list of 5 things Al did every. single. day.
Sam told me that ... and then it was said at the service, more than once.

Here's the list... of the things Al did everyday ... yes, every. single. day.
1. He read the Bible.
2. He prayed for everyone.... and his family emphasized: he prayed for EVERYONE.
3. He walked his dog.
4. He did the New York Times crossword puzzle.
5. He told his wife he loved her.

Whoa.
Is that not inspiring?!

Earlier in his life Al sold insurance, then he decided to do what he REALLY wanted to do: TEACH.
He taught history at Kennedale High School for several years and after he retired there he taught at Tarrant County College.
It was clear he was a fantastic teacher.  Some of his former students spoke at the funeral, and oh my, their words were awesome. AWESOME.
It seems Al was a quiet kind of man... soft-spoken... and profoundly wonderful in his love for teaching and his love for his students.

Oh, and he was an elder in the Lutheran church.

Oh, there's so much more to tell you...
... and maybe you can click on THIS and read the words Sara spoke at the funeral (it's so worth your time).

Now I'll show you some pictures...

Here's a picture of Al and his wife, Carolyn (Sara's dear mom).

Now I'll show you pictures of Sara and her dad at her wedding...


Speaking of wedding, I must put up some pictures of the bride and THE GROOM, TOM... 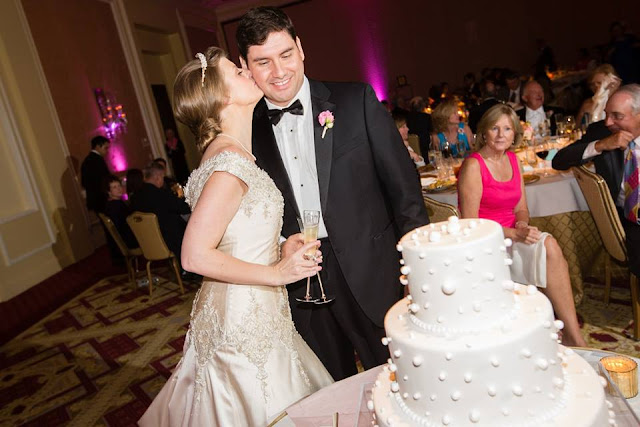 I think this next picture was taken on their honeymoon, in Paris.... 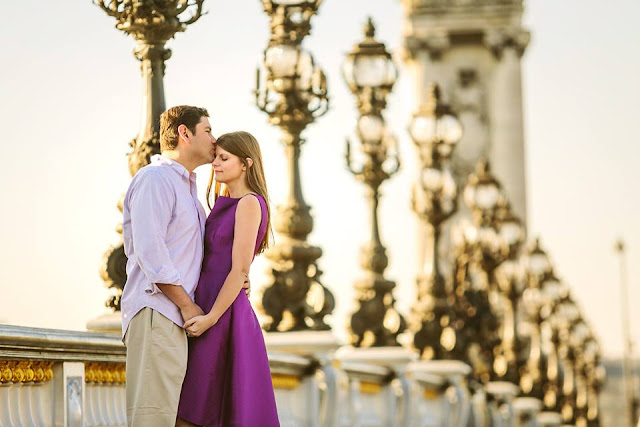 Tom (a Dallas attorney) now works with Sara as advocates for students in 15 DISD high schools... helping them apply and get into GREAT universities.
(I don't know their titles... but they're important (the titles, AND Tom and Sara!)

So now I will close with some pictures taken a few years ago...
first of Sara and my niece Elizabeth with baby Andrew...
Here are Sara and I that same day...


So Sara is experiencing life without her dear dad Al.
It's only been a week.
If you will, say a prayer for comfort and peace for her, and her mom,
and her stepsister...and all of their family.

Life will not be the same.
And the holidays will be hard.

But we are all better for having known Al.

I have a new poll up (upper right)...
Please vote if you can.
It's totally anonymous,
but doesn't work well with cell-phones, I understand.

My my. How quickly time passes. Thank you for this amazing post... and for being so amazing to come celebrate Al's life with us last week... and for lending us your husband to help share those things that he did EVERY DAY. He definitely prayed for EVERYONE. Very inspiring man - that quiet-goodness dad of mine. Love to you all. I'm so lucky to have such wonderful family and adopted family. :)

And I am so glad we got to 'meet' your dad Al.
His life is an inspiration to all.

And your life is an inspiration, too. Oh yes.