One of my biggest challenges in writing a blog post is trying to come up with a gripping title for it.
I mean, "Here's Some Random Stuff" just isn't as tantalizing as, say, "Prepare to be AMAZED!"  (That was a well-read post not long ago.  You can read it by clicking HERE.)

So for today, I hope the titled grabbed you. Maybe the exclamation points helped... but I'm guessing the mention of 'Star Wars at church' got your attention.

Here are some folks at ESL (English as a Second Language) today at Bear Valley Community Church...

Here's a picture from last week..
I blogged about ESL in my last post (and included that last picture) and told how Velia and I are twins! Yes!

Anyway, I was the first ESL teacher for Roberto (the fellow in the top picture), so he and his wife Ana and I have a special bond.   They were our first students, and of course we have to all hug each other before and after each class.
Ah, but everybody in the whole ESL program at Bear Valley hugs each other.
Ah, but if you come and you don't like big hugs, just hold out your hand and we'll shake it.
-----------
Right after our class this morning, I (and Sam) went into the second service to hear Pastor Lee preach about Star Wars... and what it has to do with church and/or Jesus, and/or anything! 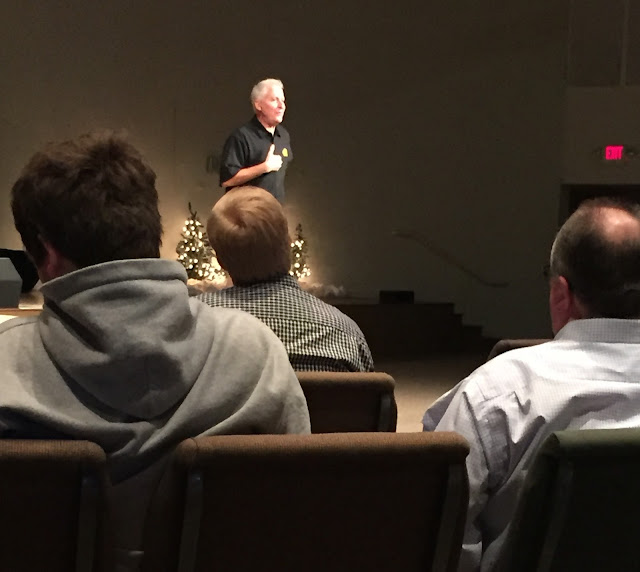 Before the message, he showed a clip from the first Star Wars movie (which Bear Valley has the license to show) ... 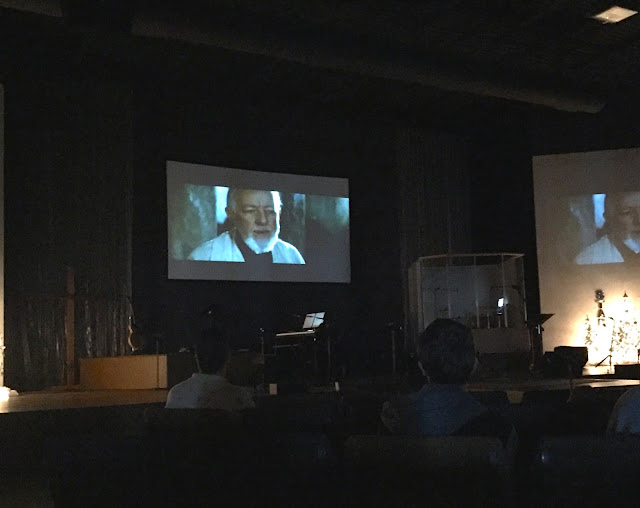 So Lee had our attention... and he succeeded in keeping it!!!

His message was wonderful.  And when I can get a link to it online I will share it, so you can hear it.
You can listen to it while you fold clothes, or just sit there, or whatever.... I just know you'll want to hear it.
Ever since the beginning of Bear Valley, the messages there have been intellectual, stimulating, faith-inducing, etc.  They often deal with with everyday issues, and the profundity of the Christian faith... and Lee, a Church History Ph.D, often brings in historical facts about the faith. It's wonderful.

OH, I FOUND IT! - today's message online.   It's called "A New Hope".  Click HERE to listen.  Unfortunately it's not very loud.  I hope you can hear it!  It's worth listening to closely.

Oh, and there are three more Sundays of Star Wars sermons.
Here's the schedule for the next three weeks:


December 13 "The Empire Strikes Back"

December 20 "Return of the Magi"

Now for the third part of my (hopefully) enticing post title....

Soon I will give you my take on what is going on in this crazy world...
when I figure out my take.

In the meantime, I have a new poll up!
It's upper right... and totally anonymous...
and its pollster loves to get votes...
and never gets enough.