Trivia Tuesday... and a thought on Trump...

Trivia collecting is my new hobby.
Talk about a great hobby: it's cheap and takes up no room in the house!
(I just hope it's correct.)

The U.S. bought Alaska for 2 cents an acre from Russia.


The Automated Teller Machine (ATM) was introduced in England in 1965.


No matter where you stand in Michigan, you are never more than 85 miles from a Great Lake.

The official beverage of Ohio is tomato juice.

It is illegal to hunt camels in the state of Arizona.

The number “four” is considered unlucky in Japan because it is pronounced the same as “death”.

I do NOT think Trump can or will take advice from advisors.

Surely someone has dared to suggest he get a new hairstyle. 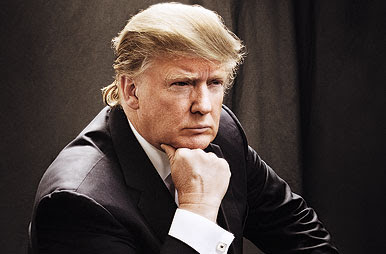 I know.  He IS his hairdo ... but in my opinion it is part (only part) of what makes him look ridiculous.

If he can't and won't take advice about a makeover, can he be told anything??

Ah, but evidently he doesn't need to be told anything.  His place in the polls suggests that.

(I remain flabbergasted at his place in the polls.)

I'll close this blog with a good quote...


“Whatever you do in life, surround yourself with smart people who’ll argue with you.” - John Wooden