Our family is so fun...
Yes.
Why, these folks didn't have to THINK about forcing a smile last night...


And they didn't have to force a laugh either...
... which was heard often in the evening!

My nephew Cap (my twin's oldest) came to visit...
and when Cap's around we always have a great time.

Well, when any of us are around
(even sometimes when it's just me, myself and I around)
we usually have a great time.

Well, of course, sometimes there's sadness.
But no matter what, it's always a GREAT to be together.

First Cap visited his Grandmother...
and then his cousin Will and his family...
and Sam and me.

His sister and her husband (Elizabeth and John)
were at a prestigious campaign dinner...
so they couldn't join us,
which meant they couldn't have
some down-home chopped barbecue brisket sandwiches.
They missed out.   :(
(But we understood.)

Friday Sam sent me this as a text... 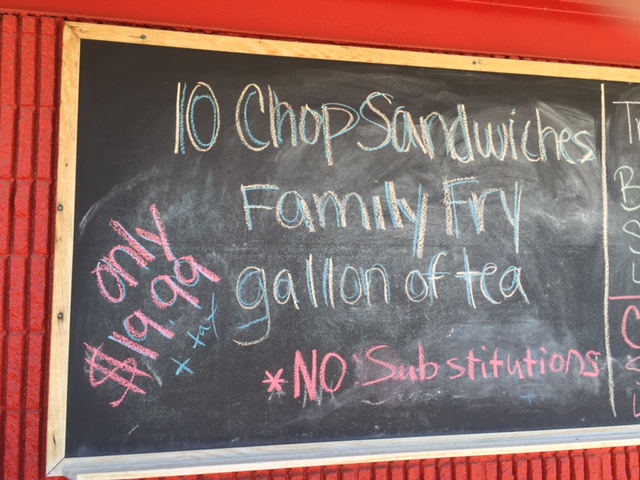 It was from Riscky's Barbecue (the one on Hwy. 26, south of Harwood).
and well, he was telling me that he wanted that for supper Saturday night!
So we had it.
YUM!
(By the way, that special may not last forever.)

Anyway,
we had a fun and yummy meal last night.

During the time together we talked a tad about politics.
(Politics usually isn't a good topic to broach in any kind of gathering.)
(But I wanted to broach it.)
(I knew we wouldn't have a 'knock-down-drag-out', which we didn't.)

We each said (basically) that we didn't have to make a decision yet,
though we may have opinions.
So nobody in our family is endorsing anybody YET,
though I'm close.

Soon I will put up a poll on who(m) you might endorse if you could.

Until then, I have a different poll (upper right)...
to see if you prefer watching DR. PHIL over GENERAL HOSPITAL,
or JEOPARDY over JUDGE JUDY.
Inquiring minds want to know!