Are you kidding me?!? 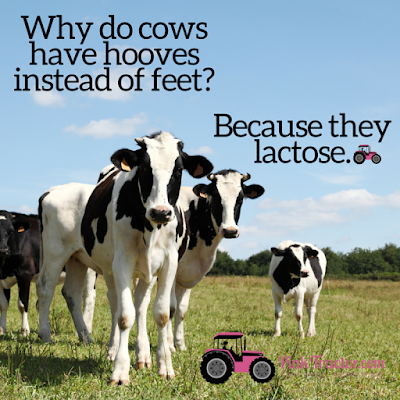 A police officer saw a woman knitting as she was driving. He could not believe his eyes. He yelled at her to pull over. She rolled down her window and yelled back, "No, it's a scarf!”

“I’d like two pork chops,” asked the woman to her butcher, “and make them lean.”
“Yes ma’am,” said the polite butcher, standing then on end. “Which way?”

My wife and I went to a "Dude Ranch" while in Texas.
The cowboy preparing the horses asked if she wanted a Western or English saddle, and she asked what the difference was. He told her one had a horn and one didn't.
"Well," she replied, "the one without the horn is fine. I don't expect we'll run into too much traffic.” 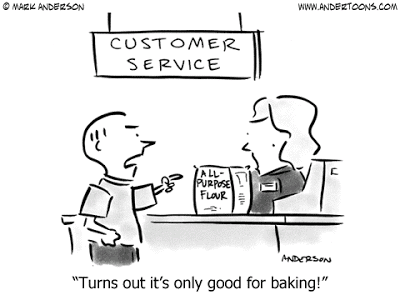 Teacher: Cindy, why are you doing your math multiplication on the floor?
Cindy: You told me to do it without using tables! 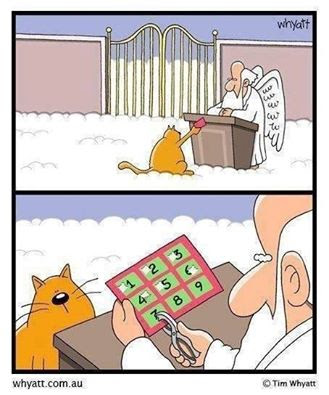 -------------
The young man comes running into the store and says to his buddy, "Tommy, somebody just stole your pickup truck from the parking lot!'
Tommy reacts, "Did you see who it was?"
The young man answers, "No, I couldn't tell... but I did get his license plate number!" 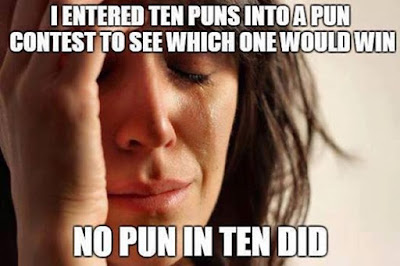 A man rushed into a busy doctor's office and shouted, "Doctor! I think I'm shrinking!"
The doctor calmly responded, "Now, settle down. You'll just have to be a little patient.”
------------

When I was a teenager, I worked as a bagger for the local supermarket. One of the rules there was baggers cannot accept tips when helping people bring groceries to their car. One day I was putting groceries in an old man's car. When he was finished he said, "Here young man. I want you to have a picture of your uncle George."
What it really was, was a dollar bill. Thinking quickly, I pocketed the 'picture'. I then asked him, "Have any pictures of my grandfathers Ulysses and/or Benjamin?”
———-

I'll end on that one.