In Elizabeth's case it is BOTH.
OH YES.

We were at Mother's the other day.
We were Mother, I, Elizabeth, Caroline and Anna.
(Well, Andrew was there, too, playing with some little cars. (Mother (who goes by Grandmother and Nana, oh, and Margaret) always has little toys for little tykes like Andrew).

Anyway, we got out some pictures from the past.

Caroline and Anna had not seen them!!! 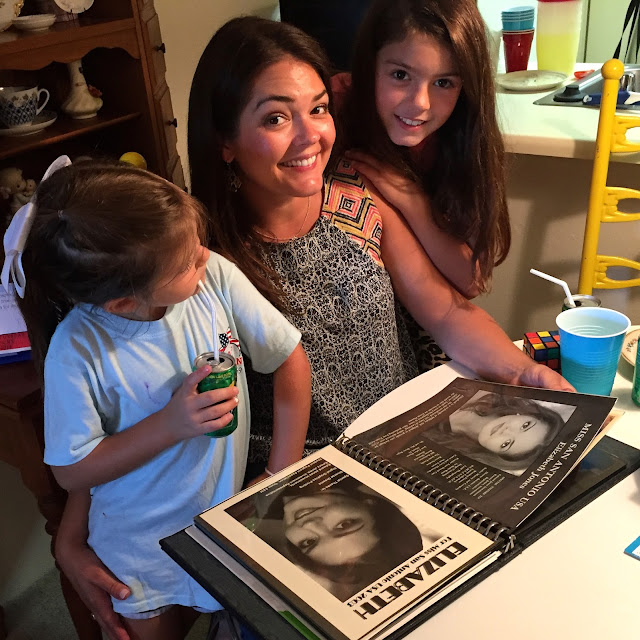 We looked at some 'programs' from the Miss Texas USA pageant... 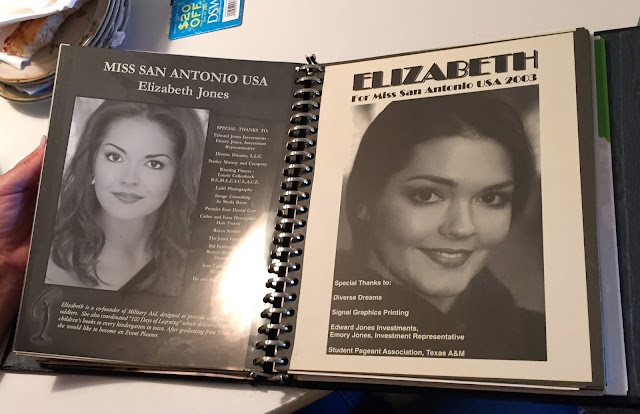 And here's from some earlier... from Miss Texas USA TEEN.... 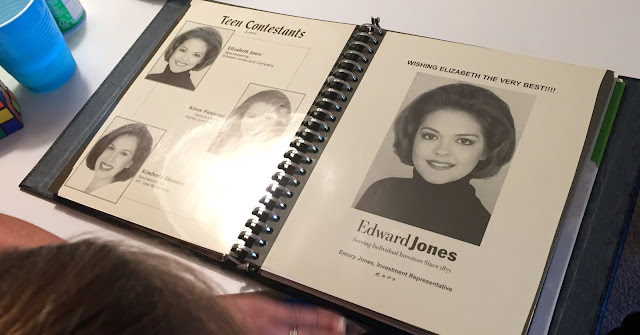 So how did Elizabeth get into pageants???

Well, she was on the drill team at her high school... then she got Mono (you know, mononucleosis) and she couldn't compete for drill team officer. Well, there were other reasons, because she DID get better from mono, but well, it's a long story. (sigh)
Anyway, she had a dear friend who was a Miss San Antonio Teen.
So Elizabeth's dad (thankfully) said that (after her bout with mono was over) she could get into that pageant (since she couldn't do her drill team leader-thing), if she wanted to.

Mother and I went down to that pageant.

I knew Elizabeth was beautiful... but frankly, I thought, well, sometimes pretty folks don't do well in pageants.

She went on to be a semi-finalist in the Miss Texas pageant!!
(I think it was only her height (5'3'') that kept her from being Miss Universe!
(They're usually tall, I'm thinking.)

So the other day it happened that we showed her little girls some pictures that Mother had kept.

It was thrilling...
though I'm really not a pageant person.

I AM a pageant person.

I KNOW: those titles have gotten chuckles from folks who are not from the Mission, TX.

BUT those titles are titles of ROYALTY... from Mission, TX.

I will not apologize for those silly-sounding titles.

Peggy and I were duchesses.

I have to tell you that I will always think of myself as a Duchess...
just so you know.

AND I THINK ALL OF YOU OUT THERE IN BLOG-LAND
SHOULD THINK OF YOURSELF AS A DUCHESS....
OR A PRINCESS...
OR A PRINCE...
OR A COUNT.

OR, FOR SURE, ROYALTY.

YOU ARE HERE ON THIS EARTH...
AND
YOU ARE YOU.

I think you can call yourself a ROYAL!!


I know.
I'm getting carried away.

It's okay if you get carried away, too.