The Tennesseans and the Texans Got Together!!

We had a little family reunion last week!

Here's my Mother-Margaret with three of her great-grandchildren: Andrew, Anna, and Caroline. 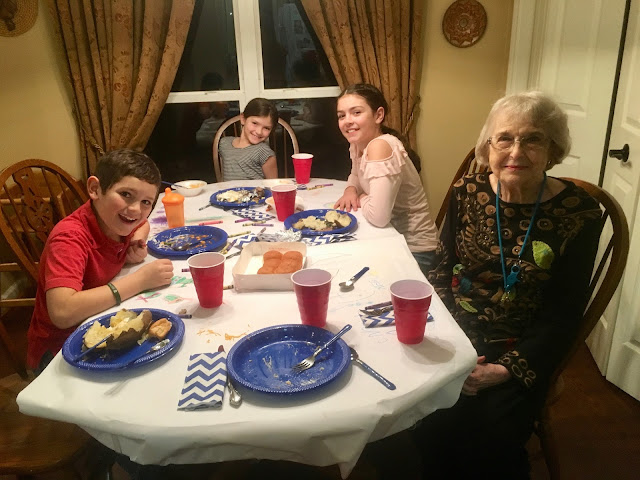 All of those above folks may not have been born in Texas or Tennessee, but I'm claiming those states for them because they live there now - and have for a long time.
My mother and her little brother Warren were born in Wisconsin; my husband Sam and my son Will were born in Oklahoma; AND my great niece Caroline was born in (or right outside of) Washington D.C!

My cousin Jim (whom we always call "Tennessee Jim") always flies his dad (and/or other family members) down to the Dallas area in this plane...
You could call Tennessee Jim 'A Man for All Seasons', or a 'Renaissance Man'.
He is a lawyer in Nashville, TN, having graduated from the prestigious Georgetown University Law School in D.C. (as did Elizabeth's husband John!), and he (Jim) is an instrument-rated pilot, and flies sick or injured folks from all over - to hospitals (I can't remember the organization he flies for), AND he is a scuba diver, AND among many other things (like singing in the Nashville Symphony Chorus (unsure of the name), he is a tutor to tiny tots like little Nell!!

Here is Jim and Nell working on spelling some words Nell wants to spell (this was after she spelled out NELL for Jim). And they're not words like 'dog' or 'cat'. The first word (as I recall) that she wanted to spell was GRAMMY! Talk about a wonderful word. 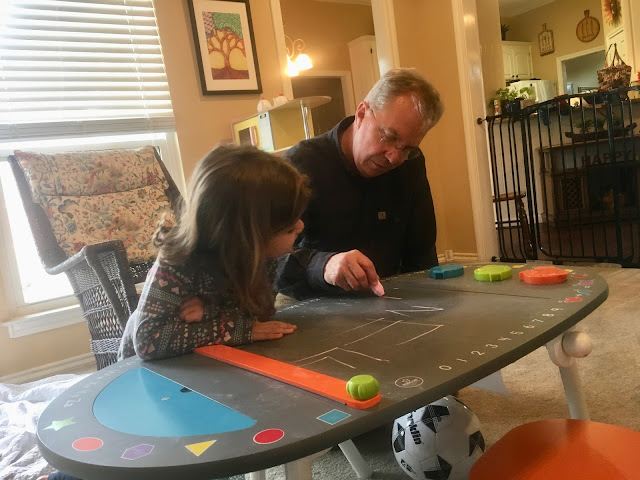 Then she did some spelling, with her 'Uncle Jim's' help. I referred to him as 'Uncle', though technically she is his 'first cousin twice removed'. (He is my first cousin and she is twice removed from our generation.) (That's how I understand it.)

Here's Nell's little brother Liam, playing in the "Little House". We call it that because it has a mail box and a front door. It's fun! 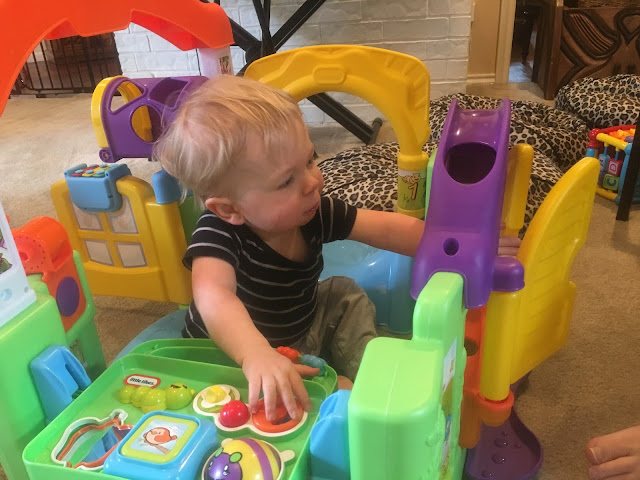 Speaking of Uncle Jim, here he is with Liam during a visit about a year and a half ago.. 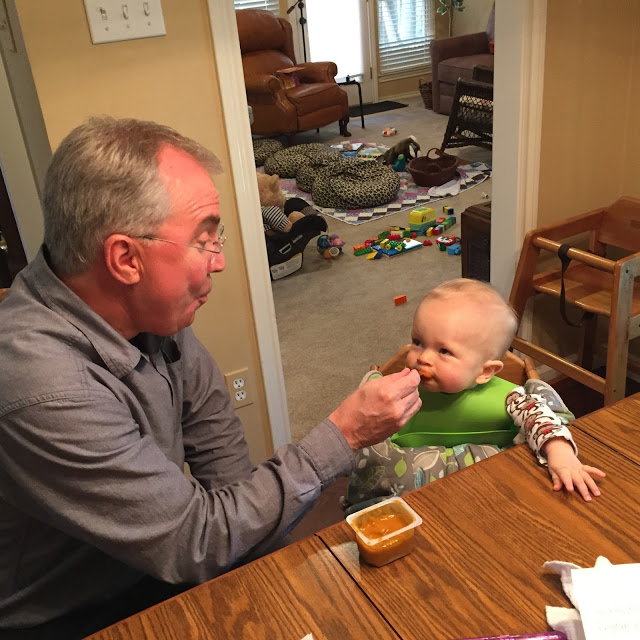 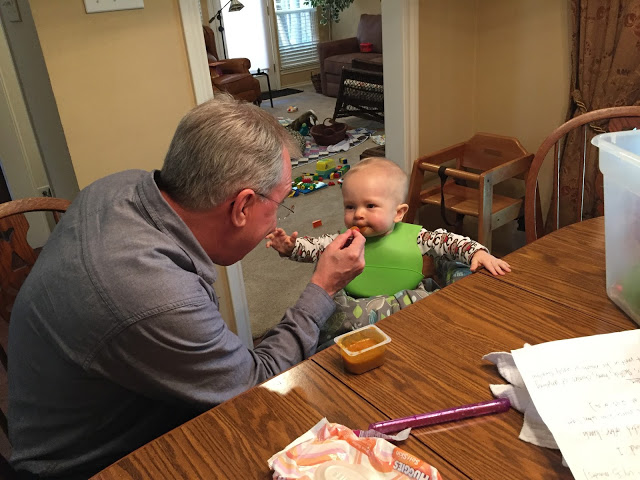 I'm telling you, Jim, if you don't want to be a lawyer, you can use me as a reference if you want to work in a daycare center, or preschool!

Well, that is all for now.

There's more to tell, like our El Fenix trips, and Tommy's Tamales trip. [Those Tennesseans know where to come for good Mexican Food.]
That will be for another blog post, though, as I'm not into long blog posts.
Ah, but I WILL blog later about this special year for El Fenix, and the special news about Tommy's Tamales.
STAY TUNED!
- March 11, 2018


Very good article! We are linking to this particularly great article on our site. Keep up the good writing. aol.com email sign in