Sam and I watched the funeral service for Barbara Bush just now, and my heart is full.

The service was wonderful.

I've been inspired to be myself, as Barbara Bush was herself. 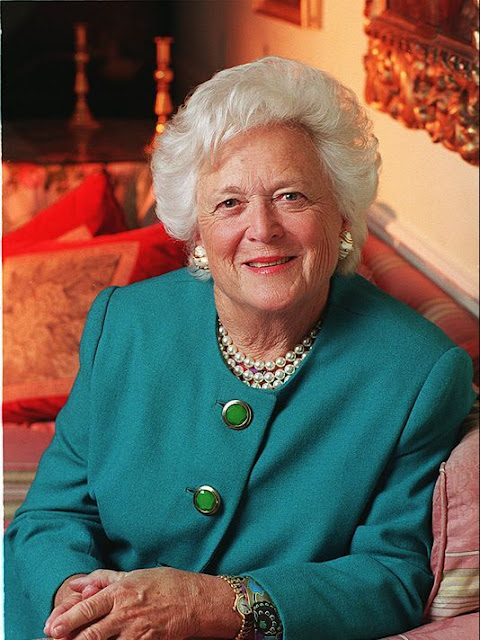 She said what she meant and meant what she said.

She let her hair go white. (Actually it turned white when her little daughter died, and Barbara decided to keep it white, in memory of little Robin.)

Also Barbara wasn't always feeling she had to go on a diet.

And she wore fake pearls, to hide the wrinkles on her neck.
How refreshing is that?

There were so many things said today, but those stuck out.
As did this:
Barbara trusted Jesus as her Savior.

And she wanted the last song sung at her funeral to be "Joyful, Joyful, We Adore Thee", and to be sung by everyone there.
Here's a version I found on youTube.


Sam and I both have been inspired by that service... on many levels.


I don't usually watch funerals on television, but I'm glad Sam wanted to, so that I would.

Email ThisBlogThis!Share to TwitterShare to FacebookShare to Pinterest
Labels: my faith