When I was a freshman in college, having fun, making new friends, and getting more educated, a fellow Missionite was giving his life for me in Vietnam.

Francisco Quintanilla, Jr. was the first person I knew who died in Vietnam. I was so very sad when I heard the news. And it put my life in perspective, somehow.
I remember Francisco (Frank) being handsome and quiet, but I didn't know him personally.
He died in February, 1971.
I found this picture of him, with his medals beside his picture, but could only get his picture on this blog post. 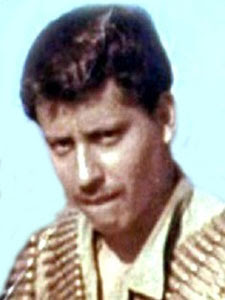 If you knew him well, please leave a comment here or on Facebook about what he was like, so as to honor him.
He particularly deserves our tribute this weekend.

It's odd but I don't remember very many other people whom I knew who died in their service for our country.
Surely, I'm just forgetting.
Well, I do know of a little neighbor who used to play with Will as a little boy: Stephen Tucker. He died in Afghanistan. I learned of it when I was watching the local news in 2001, I think. It was devastating.
And the son of a close Mission classmate of mine died for our country, too, though I don't know where.
------------


This has been my meager attempt at memorializing those who have given their lives for our country.

Thank you, Francisco, and Stephen, and Henry's dear son.


(You can tell me about others, if you'd like. That would be great.)

Email ThisBlogThis!Share to TwitterShare to FacebookShare to Pinterest
Labels: Patriotism